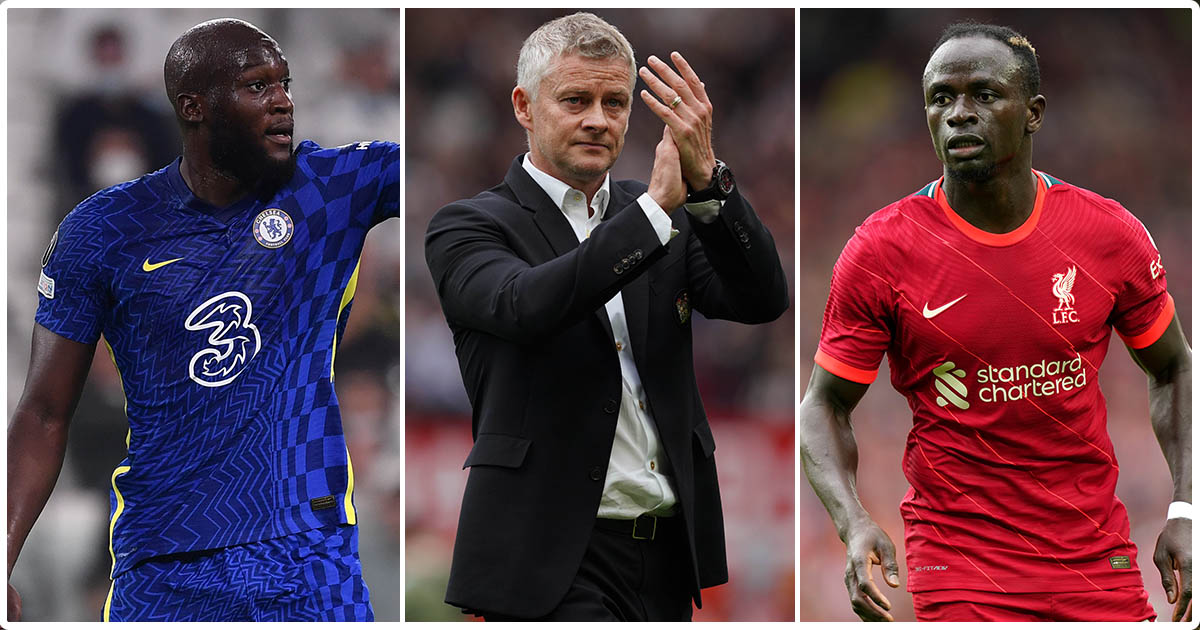 The Premier League is back this weekend and Cheeky returns to preview the matches and give you his best tips ahead of all the action.

Manchester United v Everton
Manchester United have lost three of their last five games in all competitions, with the pressure growing now on under-fire boss Ole Gunnar Solskjaer. They were an absolute bag of shite for the most part against Aston Villa last week, better against Villarreal, but only the brave will be steaming in at odds of 4/9 here, I reckon.

The more optimistic Red Devils fan will point to the fact Manchester United have lost just one of their last 12 Premier League meetings with Everton. But the Toffees have 13 points from six matches so far and swatted Norwich aside with ease last time out. So with a meticulously controlled yell of rage I give you both teams to score at 10/11.

Burnley v Norwich City
The Clarets are well fancied here and the 1X2 odds suggest this ends in a home win. They have a 100% lifetime winning record against the Canaries in the Premier League and I reckon Sean Dyche will have them dancing like dervishes in the back streets of Burnley once again this weekend.

Chelsea v Southampton
Chelsea were eased in the title betting after that defeat to Man City last weekend but should still clatter Saints here. That said, Southampton don’t actually have a terrible record at Stamford Bridge.

But Romelu Lukaku has a fine record against them. The Belgian powerhouse has scored nine goals in his 12 Premier League matches against Southampton, and he is a 3/1 shot to score two or more this weekend.

Leeds United v Watford
Marcelo Bielsa’s side remain without a win so far in the Premier League this season but are odds-on shots to see off Watford at Elland Road. Leeds have not looked convincing at the back so far and so the bet here could be Ismaila Sarr to score anytime. Only Mohamed Salah (15) has had more shots on target than Sarr (11) this season so 3/1 about the Senegalese scoring looks mighty fine.

Wolves v Newcastle United
Some people are still fighting at petrol stations, eh? They won’t fight for their freedoms but they will fight for a tank of unleaded. That’s 2021 folks.

Both teams have scored in all 12 of their Premier League meetings but I love Wolves winning this without conceding. They’ve done OK since Nuno checked out to Spurs and should be too hot for the Mags.

Betting: Wolves to win to nil at 7/4 (Paddy Power)

Brighton v Arsenal
That felt like a big win for Arteta last week. He needed a day like that and a win on the south coast this weekend would do wonders for Arsenal in terms of momentum.

The away win is not without a sniff either, though Brighton won’t just roll over. Neal Maupay and Danny Welbeck are two players who tend to do OK against the Gunners and I can genuinely see a scenario where Arsenal win this after first falling behind.

Crystal Palace v Leicester City
Palace are unbeaten in their three home league matches this season and a war of attrition could be on the cards here. Jamie Vardy is ageing like a fine wine but a small play on this finishing 1-1 could be the route to profit.

Tottenham v Aston Villa
Tottenham’s new manager Nuno Espírito Santo may not be so for much longer unless results improve and sharpish. After wins against Manchester City, Wolves and Watford, Nuno’s team has now slumped to three straight defeats. But it was the manner of that derby defeat to Arsenal that really hurt their followers. He’s been backed in to second favourite to become the first Premier League manager to lose their job this season.

All is not lost, however. Spurs have won ten of their last 12 Premier League matches against Villa and they may have enough quality to grab the three points here.

West Ham v Brentford
West Ham should beat Brentford, but the Bees showed against Liverpool last weekend they can play a bit and both teams to score here looks a shout at 4/5. In fact, Michail Antonio to score first also looks tasty at 7/2. Antonio has been involved in more goals than any other player in the Premier League so far this season, scoring five and assisting three goals in just five appearances. Baller.

Liverpool v Manchester City
Liverpool remain the only club to have not lost a match so far but they face a legitimate test against the reigning champions. Man City were sensational in beating Chelsea, putting in a fantastic team effort to tame Thomas Tuchel’s men. Liverpool recorded an emphatic 5-1 win over FC Porto at Estadio do Dragao on Tuesday night to set up this clash and it should be a cracker.

For my money these are still the two best teams in England but right now I reckon Liverpool have the edge due to their pace and quality in attack. Mo Salah is absolutely flying and it doesn’t hurt that Sadio Mane is finding the net on the regular once again. This could be one for the purists but I cannot have Liverpool as 15/8 outsiders on their own patch.