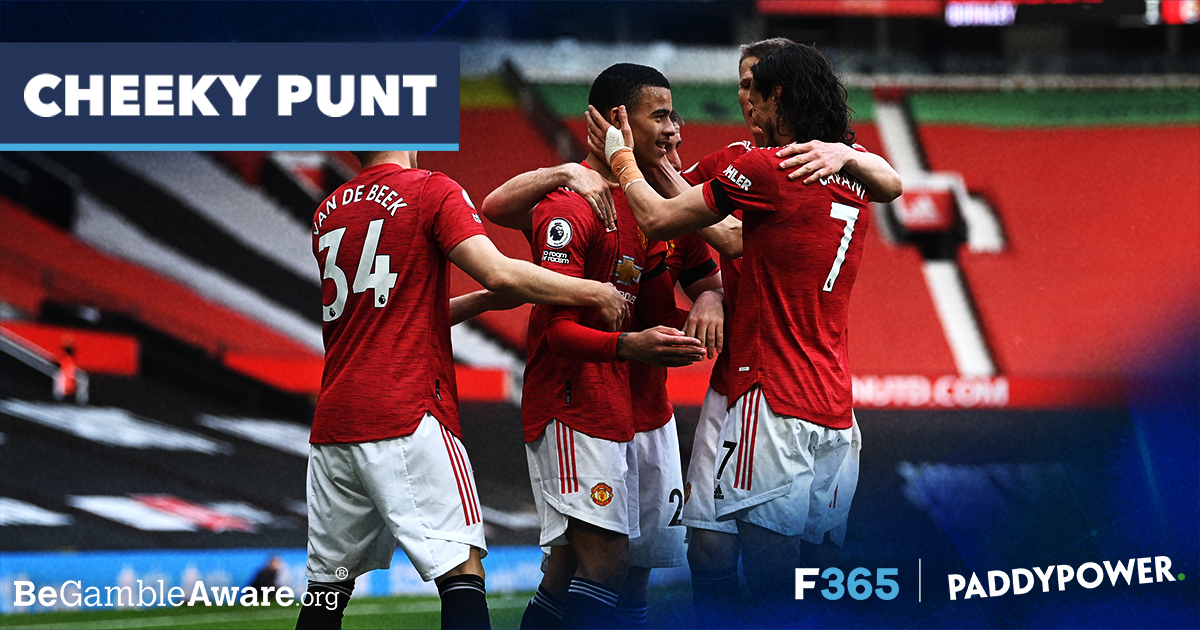 Cheeky is back to cover all of the midweek Premier League games – including Man United’s rearranged clash with Liverpool. If you like all of Cheeky’s picks, Paddy Power’s Acca Insurance will refund all punters whose 4+ bet accumulators are let down by just a single selection.

Fulham v Burnley
It’s quite literally sh*t or bust this for Fulham. Newcastle now look safe after a fabulous run of results so there’s only Burnley who the Cottagers have a realistic chance of catching now, meaning this Monday night tussle is huge. The battle to avoid the drop has been a massive disappointment for neutrals given how close things were looking down at the bottom just a few short weeks ago. If Scott Parker’s men don’t claim three points here it’s surely Goodnight, Irene. Recent form suggests they won’t do it. Indeed the last time Fulham scored more than one goal in a Premier League match was February 14. So Roses are Red, Violets are Blue, I’m backing Burnley and Unders, Which is freely available at 11/2.

Man United v Leicester City
Jesus, Mary and Joseph Willock! Who saw that Newcastle win at Leicester coming? After one of the more stunning underdog victories of the season, the Foxes suddenly need a result here with their top-four hopes now looking a wee bit precarious. Their run-in is horrendous also. This trip to Old Trafford is followed by Chelsea away and Spurs at home. Manchester Utd are unbeaten in 25 Premier League away matches this season, but their home form has been slightly more suspect. It will be four games in seven days for United, with this the second game of that frankly mental sequence. Surely there’s some rotation here with Thursday’s biggie against Liverpool in mind? If so this makes it a tough one to fathom from a punting perspective. Pfffft. Both teams to score in the opening 45 minutes?

Betting: Both Teams to Score in the First Half at 7/2 (Paddy Power)

Southampton v Crystal Palace
Southampton have earned just 11 points from their 18 Premier League games in 2021, fewer than any other side this calendar year. They are a shambles at the minute and in the continued absence of top scorer Danny Ings, they struggle to get anything going up front. “Suspension of disbelief” is Hollywood making movies about a flying man from the planet Krypton. I can only surmise that it also explains why bookies have the Saints as 21/20 favourites here. Horrendous price.

Chelsea v Arsenal
Thomas Tuchel’s Chelsea ensured Manchester City must wait a little longer to wrap up the Premier League title by fighting back to earn an important 2-1 win at the Etihad Stadium on Saturday. The Blues were excellent in the second half and look bankers now to finish in the top four. For those who reckon Chelsea might be a value punt in the Champions League final, Tuchel is unbeaten in his last four encounters with Pep Guardiola after losing his first three managerial meetings with the Spanish star. The Blues look rock solid here at 4/6 to beat Arsenal and gain revenge for that 3-1 defeat to the Gunners on Boxing Day. Chelsea are a different side under Tuchel, while Mikel Arteta is honest enough to admit the time has come to be “ruthless” as Arsenal prepare to overhaul their whole squad this summer, mostly due to his players being shit at football.

Aston Villa v Everton
The Villa have lost eight home Premier League matches this season. Only Sheffield United (13) and Fulham (11) have lost more. Everton are such an erratic side bit claimed an impressive win on the road against West Ham on Sunday and 7/4 about an away win here looks proper value.

Man United v Liverpool
I’ve been doing this column for a lot of years now and cannot ever remember previewing the same side twice in the same article. Now that’s either because it’s never, ever happened before or the endless bottles of Newcastle Brown Ale I’ve supped down the years are now wreaking a terrible revenge on my memory. Mad that this fixture got called off the other week due to protests inside Old Trafford, and I simply cannot get my head round why one of the protesters would tow up to said protest and then actually get on the pitch while wearing zebra kecks. Manchester United have now won 10 Premier League matches after conceding first this season following Sunday’s 3-1 win over Aston Villa, a record for a single Premier League season. Like a boxer who likes to first taste their own blood before getting serious, the Red Devils have been slow out of the traps so many times this season before turning on the after burners. They are 11/1 to come from behind again and win against their bitter rivals from Merseyside. That’s quite the price.

Betting: Man Utd to Come From Behind and Win at 11/1 (Paddy Power)