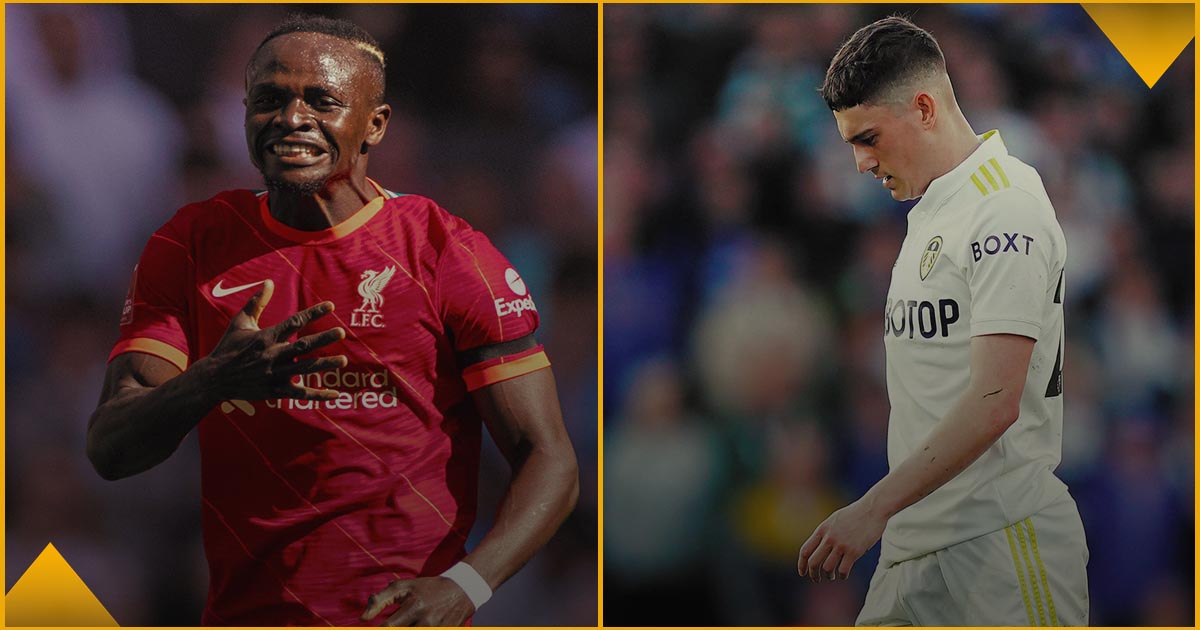 Liverpool could win the FA Cup and all but lose the Premier League title within the space of 24 hours this weekend. That and more from Cheeky, with odds from Betfair throughout.

Chelsea v Liverpool
Saturday is all about the FA Cup final (unless you are a fan of Sheffield United, Nottingham Forest, Mansfield or Northampton). The teams played out a dour EFL Cup final in February that ended in Chelsea heartbreak and Scouse jubilation after an epic penalty shootout. Obviously we are all hoping for a cup final classic, but defences could sadly dominate again. The February final between these two finished goalless, while Jurgen Klopp’s men have won 11 of their last 15 Premier League matches to nil. It’s a bit mad given what they’ve achieved under Klopp to think that Liverpool haven’t featured in an FA Cup final for 10 years. They’ve been superb this season, an absolute joy to watch for the most part whether you love them or hate them.

In contrast, Thomas Tuchel’s side have endured a tough second half of the campaign, going out of the Champions League to Real Madrid in extra-time and losing the EFL Cup final on pennos. They should definitely finish in the top four, but they give the impression of a fatigued squad on the ropes edging towards the finish line. The last team to lose both the League and FA Cup final in the same season was Middlesbrough in the 96/97 campaign.

Expect another low-scoring encounter, but I fancy Liverpool to edge it. The irascible Sadio Mane has scored six goals against Chelsea since moving to Liverpool in 2016, with no other player netting more often versus the Blues in this period. He’s 9/2 to notch first at Wembley, and if that’s not a decent bet then I don’t know what is.

Tottenham v Burnley
Spurs are back out less than 72 hours after the north London derby and are piping hot 1/3 shots to beat the Clarets. These two have played 15 times in the Premier League, or ‘Premiership’ as Alan Brazil still annoyingly f**king calls it. Tottenham have won nine against three draws and three defeats.

Both teams need the points for very different reasons. Burnley are scrapping for their lives and are bang in bother if they go down by the way, due to the way they’ve leveraged their finances against the TV money. Burnley at least are scoring goals – notched in each of their last five – and so 20/23 about both teams to score looks fine.

Aston Villa v Crystal Palace
Only pride – and quite possibly a top 10 finish – is at stake here. Matt Targett and John McGinn struck in either half as Villa won the reverse fixture 2-1 at November and they showed enough against Liverpool the other night to suggest they could be worth a punt on Sunday.

As an aside. I watched my 13-year-old nephew play football on Sunday. When he scored he pointed up at the sky and mouthed to the heavens. Now I know for a fact he’s (thankfully) never lost any close family or friends in his life. So f** knows who the goal was for? Thinking about it, he did have a budgie called Fernando that died in 2013.

Leeds United v Brighton
No cakewalk for Leeds this. In fact the Yorkshire giants have never beaten the Seagulls in the Premier League. Graham Potter’s men were brilliant against Manchester United and have already won on the road this season against Arsenal, Tottenham and Wolves. They’ve also won three of their last four away games.

And what of Leeds? Third bottom now, but they have played a game more than Burnley and Everton. They found next to nothing in that disastrous loss to Chelsea the other night and I fear they will lose again here. Call me obsessed, but they got rid of Marcelo Bielsa for what exactly? This Grade A shite football every week? No flair. No pizzazz. No thanks. Oh, and no discipline. On Wednesday Leeds became the first team ever to receive 100 yellow or red cards in a single Premier League season.

Also, I’m on record as saying I’ll have a straightener with anyone claiming Daniel James’ red for that wild challenge on Mateo Kovacic on Wednesday wasn’t a red.

Watford v Leicester City
Leicester were in a bit of a slump before slapping Norwich all over in midweek and can build on that win by dusting Watford. Curiously Leicester have conceded 23 goals from set-pieces in all competitions this term, including 19 from corners alone. However, they should find things to their liking on Sunday. Beside the word ‘Shite’ in the Oxford English Dictionary there isn’t a picture of the 2021/22 Watford FC squad. But there should be.

The Hornets have taken just eight league points from a possible 57 in 2022 and are awful. Leicester beat them 4-1 in the FA Cup and 4-2 in the league in November. Take them here to cover a one-goal handicap.

West Ham United v Manchester City
The champions were superb against Wolves, but one man in particular really stood out. Kevin De Bruyne? Rolls Royce of a player him, man. City have been so consistent domestically. So what are they going to be like when Erling Haaland gets going next season? Haaland will put mad pressure on defenders in a way none of City’s current forwards currently do, and obviously offer more of a threat in the air. He’s so fast and so physical. And don’t forget the goals. He’s going to score f**ck-loads of goals.

“Haaland is the new Cantona.” Liam Gallagher said on Twitter when news broke on Tuesday that his club had reached an agreement to sign the Norway striker from Borussia Dortmund. Not quite Liam. But you’ve good reason to get your Pretty Green underpants in a twist.

Liverpool will be desperate for West Ham to get something from this of course. They need Pep’s men to slip up asap and are running out of time. The good news is the Hammers have scored in every Premier League home game this season. The bad news is Man City are unreal and will keep their title charge on track. Guardiola’s mob only need four points from their final two fixtures to wrap up a fourth title in five seasons. Dominant.

Betting: Manchester City to win & both teams to score at 13/8 (Betfair)

Wolves v Norwich City
Norwich were battered by Leicester and have taken just nine points from 18 games on the road, with a goal difference of -30. Wolves meanwhile had conceded just 19 home Premier League goals before running into Man City in midweek.

Betting: Wolves to win by exactly one goal at 23/10 (Betfair)

Everton v Brentford
Everton were massively disappointing against Watford the other night. They picked up a point but cost me a packet after I lumped on them when I heard the Hornets would be making wholesale changes.

The Toffees extend their unbeaten run to three matches in their pursuit of safety, but that’s no consolation when you are steaming in at 4/6.

The Merseyside giants should be OK from here, but let’s not pretend Brentford aren’t a good side. They’ve lost just two of their last nine and that run includes wins over Chelsea and West Ham. There will be a few twists yet in this fascinating relegation battle and I don’t hate 14/5 about the away win at Goodison.

Newcastle United v Arsenal
The Mags were pretty feeble in that 5-0 shellacking against Man City, but they are a different animal on home turf. They’ve gone 6-1-1 in their last eight at home and should have Callum Wilson and Kieran Trippier available for this.

Arsenal could have a top-four finish just about wrapped up by the time they head to Tyneside if all goes well in Thursday’s north London derby. The Gunners changed direction last summer and decided to go with project youth. Granted they’ve been a bit erratic at times, but they have the nucleus of a very young, exciting squad now and Arsenal fans have good reason to be optimistic.

Eddie Nketiah looked to be out of the door just a few weeks back. However, there are rumblings he’s going to be offered a ‘massive’ new deal in a bid to stop him walking away. He’s 4/1 to score first against the Geordies. And after finding his scoring boots in the last few games, I like those apples.