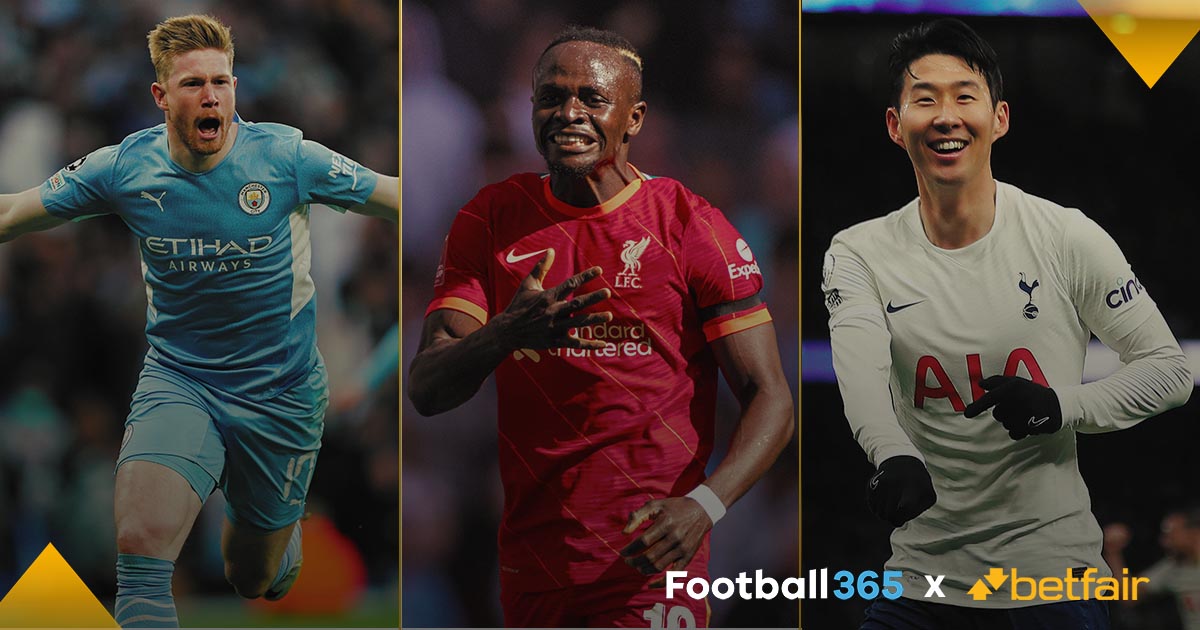 Man City or Liverpool for the title? Spurs or Arsenal for fourth? Leeds or Burnley to go down? Cheeky offers his thoughts, with odds from Betfair throughout.

Arsenal v Everton
It’s mind-blowing that Everton were ever in this situation when there are clearly about eight to ten teams worse than them in the Premier League. I guess River Plate went down, so nothing is impossible, but the Toffeemen can now lose another game on Sunday and not worry about it. The Blues have been beaten 20 times this season, which is mental when you factor in their squad and wage bill.

Arsenal now need a final-day miracle to finish fourth after losing their last two. It would obviously hurt not having Champions League football yet again, but it’s maybe not the catastrophe some in the media are making out. Bigger picture. I don’t think there’s any reason to be too down if you are an Arsenal fan. Young team. Only going to get better. Serious money to spend in the summer. A progressive manager who is brave enough to wear pale trousers, even in the rain. What’s not to like?

Brentford v Leeds United
Leeds remain the bookies’ favourites to go down in a relegation battle that goes right to the wire. Jesse Marsch’s men will surely throw everything at this, but will it be enough? Indiscipline has cost them in recent weeks and they are without a win in five.

This reeks of goals, though. Leeds can’t buy a clean sheet and Brentford matches in the Premier League this season have averaged 2.73 goals per game. The thought of Leeds back in the Championship so soon is mental. Marsch probably thinks Rotherham is a sandwich filling.

Brighton v West Ham
Promised I wouldn’t mention Brighton shipping an injury-time equaliser to Leeds on Sunday costing me £473.22 so I won’t. I still reckon Brighton are a bet here. They are unbeaten in their last four while the Hammers have lost four of their last six in all competitions. And no matter who you support, you have to respect what Mark Noble has done for West Ham. A half-decent career either in football management or Eastenders awaits.

Burnley v Newcastle United
Back in August this looked like this was going to be a relegation decider. It is for Burnley. Newcastle? Not so much. Eddie Howe – and I was a doubter –  has done a phenomenal job. They brushed aside Arsenal on Monday, the atmosphere was thunderous, and there’s still an outside chance they finish in the top 10.

For Burnley it’s quite simple. Win and they stay up. And it’s not beyond the realms of fantasy that they will get it as four of their seven league wins this season have come since the start of April. The Toon have picked up just 16 points from 18 away games so far. It’s going to be tense as f**k, but the Clarets look a play to me at 11/8.

Betting: Burnley to win at 6/5 (Betfair)

Chelsea v Watford
Chelsea have been so unlucky this season. You can make a solid argument they should have beaten Real Madrid, such was the quality of their showing at the Bernabeu. They’ve also lost EFL and FA Cup finals in penalty shootouts in the same season, something that probably won’t happen again in our lifetime.

With Watford down and Chelsea nailed on for top four, this may not be the most exciting game on the Sunday fixture list. However, the Hornets have been horrendous lately – losing seven of their last eight – and I reckon they’ll take a hiding at Stamford Bridge. Indeed I won’t rule out the Blues covering a three-goal handicap.

As an aside. Wayne Rooney testified under oath that Roy Hodgson told him Rebekah Vardy needed to calm down. Proof, if proof is needed, that Hodgson is a f**king OG.

Crystal Palace v Manchester United
It’s an absolute f**king mess at Old Trafford, isn’t it? Hindsight is a wonderful thing, but the decision to appoint Ralf Rangnick, who had been in football’s hinterland since ending his second spell in charge at RB Leipzig in 2019, has been an absolute disaster. Five Premier League away defeats in a row is United’s worst top-flight run since 1981. No passion, no pride, no interest, no self-respect.

The Red Devils head to Palace trying to nail down a Europa League spot, but the Eagles look massively over-priced at 2/1. They’ve enjoyed a solid season in south London, and Patrick Vieira has put together a young, progressive team. Manchester United have literally won three of their last 13 matches. How are they 6/5 shots?

Leicester City v Southampton
Southampton’s 18 away games have yielded 58 goals this season, while Premier League ‘icon’ Jamie Vardy – who is 3/1 to score first – shows no signs of slowing down.

Southampton have won just one of their last 11 matches so the Foxes have to be the shout here in a game where there will be nuff goals.

Liverpool v Wolves
Liverpool’s ballsy win at Southampton means the Premier League title race is going to the final day. We love owt like that, don’t we? Wolves are somehow still 8th, but their recent form has been pathetic, and that’s why the Reds are priced up around the 1/7 mark for victory at Anfield.

Jurgen Klopp’s quadruple dream lives on. He’s made four Champions League finals now and also once finished 4th with a defence consisting of Mignolet, Clyne, Matip, Lovren and Milner. Can we all just agree that the man is a tactical f**king genius?

The Reds have been getting results but not dominating teams, and fatigue must be setting in now after a 60+ game season. In fact they’ve not beaten a team by more than one goal since seeing off Everton 2-0 on April 24. They’ve won 14 of 18 at Anfield. Sadio Mane was rested against Southampton and that could spell trouble for Wolves. The swashbuckling Senegalese is 100/30 to score first. You know what to do.

Manchester City v Aston Villa
Man City are 1/7 shots to wrap up a fourth Premier League title in five years on Sunday. There’s obviously the Steven Gerrard and Philippe Coutinho factor, but few people outside the red half of Merseyside feel they will slip up on home soil. They simply have to win, of course. Failing to even make it to the final of the EFL Cup, the FA Cup or the Champions League means retaining their league title is an absolute must.

If there’s one Premier League player I’d let sleep in my bed it’s probably Kevin De Bruyne. Good in the air. Can tackle. Unreal with both feet. Passing and vision second to none. Doesn’t dance or do TikToks. I mean I doubt the lad will ever be stuck for accommodation, but the offer’s always there.

Norwich City v Tottenham
Spurs couldn’t have asked for a kinder final-day fixture away from home, given that the Canaries have shipped 79 goals in 37 Premier League matches this season. To finish below Watford, who are dog s**te, takes some doing, and Tottenham can grab the three points they need to sew up 4th at Carrow Road. Spurs qualifying for the Champions League will be thoroughly deserved, too, with Antonio Conte’s men having only lost one of their last 10 league games and showing massive cojones during a tense run-in.

Betting: Tottenham to win & both teams to score at 6/4 (Betfair)