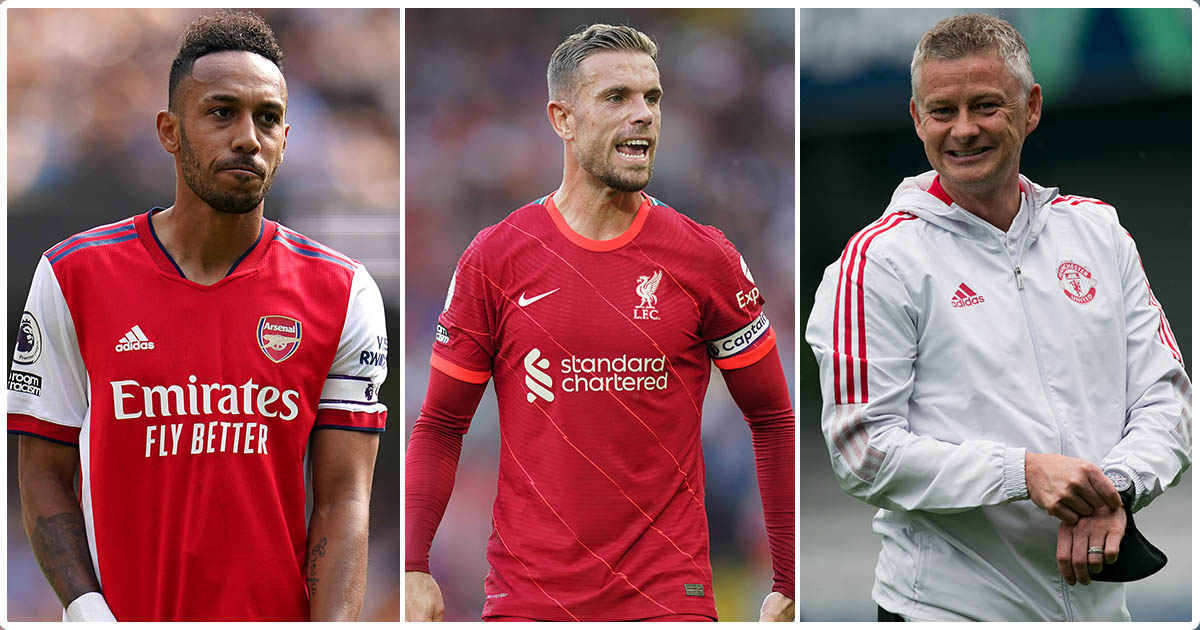 The Premier League is back this weekend and Cheeky is here to preview all of the weekend’s action and give you his best tips.

Crystal Palace v Tottenham
You know the international break is in full swing when you are getting excited over Luxembourg’s price against Azerbaijan on a Wednesday afternoon (they were totes a f**cking steal by the way!) England looked OK I suppose. Not sure why but I can’t warm to Mr Southgate, who strikes me as the type of person who shares missing dog posts from other countries on Facebook.

Happily the Premier League returns this weekend and we serve it up first at Selhurst Park, where the Eagles have not beaten Spurs since January 2015. Palace did well to claim a point at West Ham last time out with Conor Gallagher grabbing a brace. But I’m still not convinced that Patrick Vieira is the man to keep them up and Tottenham look worthy favourites. Could be goals given Spurs have kept just three clean sheets in their last 15 PL away games.

Betting: Tottenham to win & Both teams to score at 3/1 (Paddy Power)

Arsenal v Norwich City
Pierre-Emerick Aubameyang only bagged 10 goals for Arsenal last season and some fans are questioning whether the Gabonese frontman is still geezer to lead their attack? He’s not found the net in two Premier League appearances so far so his star could be on the wane in north London. That said, he has scored four goals in his two Premier League matches against Norwich City to date and so 16/5 about him scoring first looks OK. Also, Spurs top. Arsenal bottom. Not sure this has happened before in my lifetime (I’m 42 and can’t be arsed to google it)?

Brentford v Brighton
This will be the first top-flight meeting between the teams and Brentford have enjoyed a flying start to their first ever Premier League campaign. Brighton have started pretty well too but looked poor against Everton last time out.

This could be tighter than many expect. Brighton would probably sign up for 0-0 right now and one would expect that the Bees would not be broken-hearted if the spoils were shared. A stalemate wouldn’t surprise me but a goal either way could also decide matters.

Leicester City v Manchester City
The away win at 4/7 here looks far too generous. OK we know Jamie Vardy has scored eight goals in 10 Premier League matches against Manchester City but Pep Guardiola’s team have won their last two league games 5-0 (Arsenal and then Norwich) and look to be firing on all cylinders again.

None of the last 11 league meetings between Leicester and Man City have finished all square but the away win has to be the shout here as Leicester have not looked entirely convincing so far. I was expecting the champions to be chalked up around the 4/11 mark so nearly sh*t my linen slacks when I saw them at 4/7. In the immortal words of Bricktop himself ‘If that’s not worth a bet, I don’t know what is’.

Manchester United v Newcastle United
84 goals and 34 assists from 196 appearances. Ronaldo’s stats during his first stint at Old Trafford were red hot! And it’s no surprise he’s a 2/1 poke to mark his return to the Theatre of Dreams by scoring first against the Mags. Mad auld world when United can sign Ronaldo for less cash than Middlesbrough paid for Britt Assombalonga though, innit?

The CR7 drama that unfolded the Friday he was signing the other week was frankly outrageous by the way. F365 Mailbox choc full of Reds early doors bemoaning Ronny’s betrayal and how he ‘is willing to betray Mancunian tradition for oil money’. Fast forward a few hours and the same fans are getting bling-tastic earrings in and slicking their hair back while doing mid-air pirouettes and shouting ‘Siiii’ in the Greggs queue at lunchtime.

Also, anyone thinking Ronaldo will have been horrified by the Red Devils’ insipid performance against Wolves the other week probably doesn’t understand his ego. CR7 will be thinking ‘I am the game changer, I am the difference, give me the ball and I will make believers of you’. The Red Devils have lost just one of their last 36 home league matches against the Toon and should win again, with CR7 grabbing the headlines.

The Hammers have scored 10 goals in three Premier League outings to this point and Michail Antonio’s form has been ridiculous. 7/5 about the away win reeks of value.

Watford v Wolves
Stretching back to last season Watford have won their last 10 home league matches, and this is the Hornets’ longest ever winning run at Vicarage Road. They are keeping clean sheets for fun too at HQ so 4/1 quotes about them beating Wolves without conceding look decent.

Betting: Watford to win to nil at 4/1 (Paddy Power)

Chelsea v Aston Villa
At the end of the season, when the dust settles, Chelsea’s point at Anfield the other week could be a big one. Thomas Tuchel’s men were a man down for the whole of the second half but showed a steely resolve to stifle and stymie Liverpool. The Blues are still to concede from open play and look nailed on here. Unlike free-flowing title rivals Manchester City, Chelsea stay compact and are a very difficult side to break down. In short, am all over Chelsea to win to nil at a shade under even money.

Leeds United v Liverpool
It’s been a mediocre start by Marcelo Bielsa’s Leeds but this is a team who are more than capable of turning it on in the big games. The spoils were shared at Elland Road between these teams last season and I wouldn’t put anyone off backing the draw on Sunday.

The Yorkshire giants have not lost any of their last seven Premier League home games while let’s have it right, Liverpool were played off the park in the first 45 minutes by Chelsea the other week before a red card and penalty changed the game. There should be goals but I can’t have Liverpool at 8/11. That price is two scoops of crazy with a side of coo coo cachoo.

Everton v Burnley
It’s been a lively start by Everton who have bagged seven goals in their first three games. Dominic Calvert-Lewin is flying and after knocking in 16 league goals last term he had scored in each of their three matches so far. The Toffees forward also scored in both PL fixtures against Burnley last season. He’s 5/4 to score anytime at Goodison. Get on it. And get on it large.