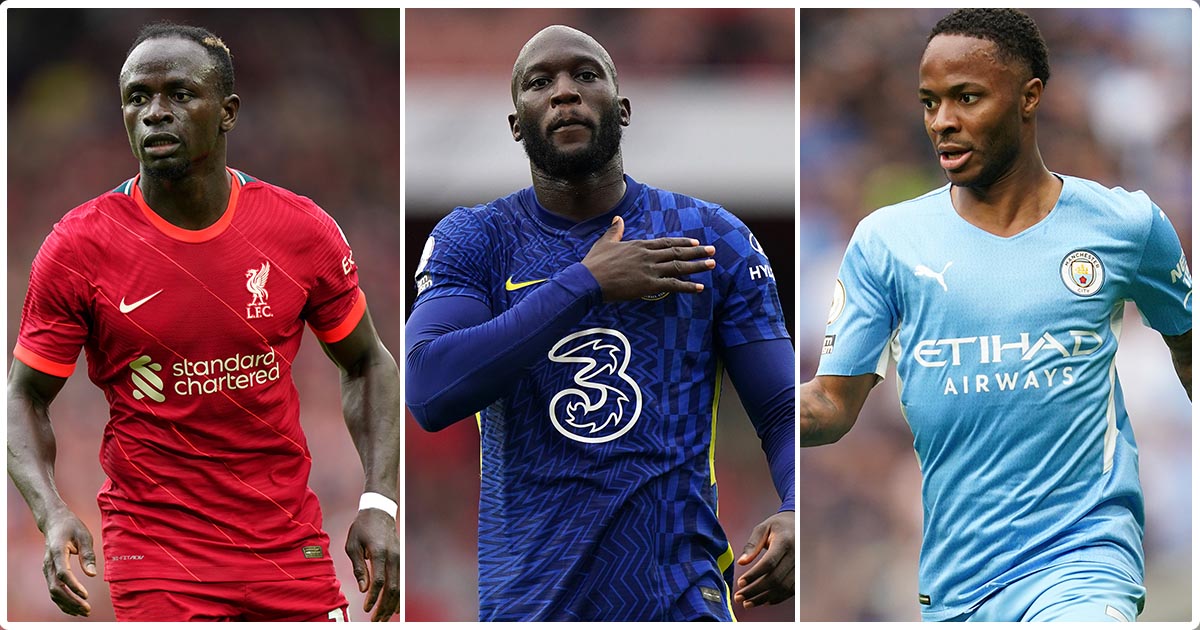 We’re back again for another weekend of Premier League action and Cheeky is here to preview all of the weekend’s action and give you his best tips.

Manchester City v Arsenal
It’s been a disastrous start to the season for Arsenal and their beleaguered Spanish boss Mikel Arteta. Now for the small matter of a date with champions Manchester City, a team who they have lost each of their last eight Premier League meetings against. Arteta, after failing to qualify for a European competition last season, won’t be afforded the same amount of patience this term. All bosses need time. But this is a results business and they are played two, won zero scored zero as things stand.

The Citizens should definitely be too strong on home soil but look short at 1/5. A better bet could be punting Raheem Sterling to score first. He has notched in each of his last four against the Gunners, including the winner in both meetings last season, and so 4/1 that he scores first looks juicy.

Aston Villa v Brentford
Deadly Danny Ings has notched in both of his first two Premier League matches for Aston Villa. The last Villa player to score in their first three league matches? The mercurial Dalian Atkinson in 1992/93. Same season, Dalian scores that worldie against Wimbledon. Runs half the pitch in the p*ssing down rain. Dinky chip. Arms outstretched in a sort of ‘are you not entertained?’ manner before being shielded with an umbrella by an unlikely middle-aged pitch invader who was clearly 12 Carling Black Label deep. I’m not a Villa fan but I’ll never, ever f**king forget that piece of sporting majesty. RIP Dalian.

Not sure we will see a Goal of the Season contender in this one. The Bees have kept two clean sheets while Villa have scored four goals from just four shots on target so far.

Brighton v Everton
Two sides who have made excellent starts, but I really like Everton here at bigger than 2/1. They have created loads of chances in their opening two matches and Everton fans loudly sang Rafa Benitez’s name after the Toffees beat Huddersfield in the Carabao Cup the other night. They know they’ve got a proper manager in Rafa and the away win is the bet at the Amex. This take isn’t negotiable!

Newcastle United v Southampton
Saints have lost 11 of their last 12 Premier League matches on the road and have a woeful recent record on Tyneside. 9/2 on Newcastle and Under 2.5 goals looks OK, but don’t go mad. This is Newcastle after all. As Lionel Richie once succinctly put it, ‘Tom bo li de se de moi ya, yeah jambo jambo’.

Norwich City v Leicester City
Loads has been made about this Norwich side and how they are definitely going straight back down. I would personally prefer to reserve judgement. Liverpool and Manchester City to start the season is an absolute shocker by anyone’s standards and they are expected to fold against Leicester, too. I actually feel they could get something against the Foxes. Joshua Sargent looks a real talent. He’s a big, strong handful and possibly overpriced at 9s to score first at Carrow Road.

West Ham v Crystal Palace
Home win looks a banker here. In horse racing parlance the Hammers look an absolute steering job and after putting them up to beat Leicester I’m not about to lose faith this Saturday. Michail Antonio is now West Ham’s all-time highest goalscorer in the Premier League after claiming his 48th and 49th goals for the club last Monday night. The last player to reach 50 top-flight goals for the Hammers? Tony Cottee, whose hair colour now is strangely darker than during his playing pomp. Antonio’s start to the season had been frightening. 16/5 to score first against what looks a very brittle Palace side? Yes f**king please.

Liverpool v Chelsea
Everyone in the media has been losing their sh*t over Chelsea in recent weeks. I’ll grant you, the Blues look defensively rock solid as things stand and the ominous £97.5million arrival of Romelu Lukaku is arguably the signing of the summer. Their title odds have contracted after back-to-back wins but this is their first serious test (sorry, Arsenal fans).

Liverpool have lost only two of their last 13 Premier League meetings with Chelsea and it’s not often you will ever see odds of 6/4 about the Reds winning at home in the Premier League. Jurgen Klopp’s side boast an identical record to Chelsea, having secured two victories, scored five goals and kept two clean sheets. Whisper it quietly, but I fancy the home win.

Burnley v Leeds United
Leeds have been a mixed bag away from Elland Road under El Loco. Indeed, in 20 away games in the Premier League under Bielsa, they have won ten and lost the other ten. They did hammer Burnley 4-0 at Turf Moor last season and don’t be shocked if they put Sean Dyche’s men to the sword again. Ashley Westwood and Matej Vydra could again miss out, so Leeds -1 looks a fair bet at 100/30.

Tottenham v Watford
Harry Kane has scored 221 goals for Tottenham, so should fans be worried he would only commit to “staying at Tottenham this summer” after that frankly ludicrous statement this week? Too right they should. It’s clear he wants to leave, he may well have outgrown the north London giants, but the harsh reality is he’s contracted to Spurs for another three years and it’s all a bit of a shambles right now.

Predictably he’s a piping hot jolly to score first against Watford. 13/5 looks a bit on the short side given he could well be undercooked – mentally and physically – after a turbulent few weeks. I’ll say this though: of all the big summer deals and transfer talk, perhaps one of the most significant agreements went right under the radar – and that was Son Heung-min extending at Spurs until 2025. Son is a quite brilliant forward who does his talking on the pitch and he could be the bet to score first against a Watford side who are going to ship a few goals this season.

Wolves v Manchester United
Wolves are still awaiting their first point and goal of the Premier League season and if you fancy a ballsy outside bet this weekend then the home win is 15/4. The Red Devils head to Molineux on Sunday on the back of a curiously flat performance at Southampton last time out, so who knows what sort of shift they will put in here? There is some serious depth to this United squad but the feeling is they won’t be consistent enough to mount a title challenge. Is this the week Jadon Sancho makes his first start? Maybe. I do know I would rather be laying than backing United at 3/4 here as Wolves are no mugs and are going to get it right sooner rather than later.