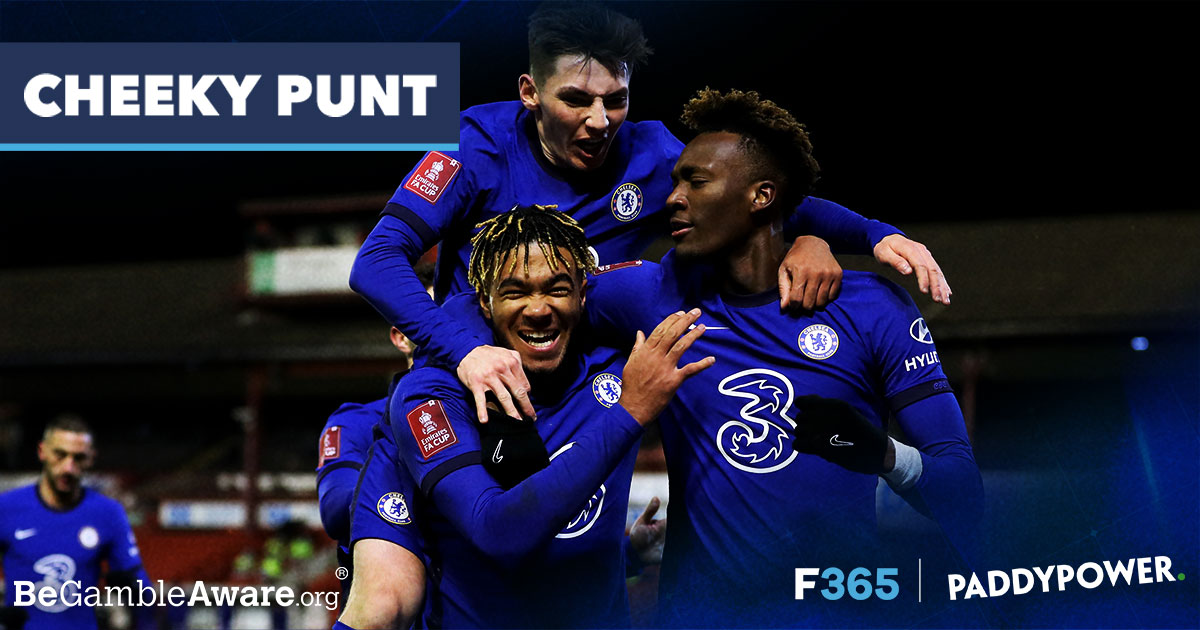 Cheeky returns to give his tips and thoughts on all ten of this weekend’s Premier League games, including Chelsea v Man United. If you like all of Cheeky’s picks, Paddy Power’s Acca Insurance will refund all punters whose 4+ bet accumulators are let down by just a single selection.

Manchester City v West Ham
Manchester City are now 10 points clear at the top of the Premier League – the only two teams to fail to go on and win the title having had a lead of 10-plus points are Newcastle United in 1995/96 and Manchester United in 1997/98. Cruising is not the word. In his last 50 Premier League games John Stones has 39 wins and kept 30 clean sheets. It’s remarkable stuff and they beat Arsenal last week without ever getting out of second gear. Phil Foden is 5/1 to score first against the Hammers. This is a youngster who just keep getting better and better and gives Pep Guardiola’s team so many more options in the final third when he plays.

West Brom v Brighton
Brighton getting slapped up 2-1 by Crystal Palace at home the other night after having 25 shots (the Eagles had three) would have been funny had I not been conkers deep on Graham Potter’s men. For the record I still think Potter is 100% the real deal. Brighton are really easy on the eye and can win here against a Baggies side with the worst home record in the Premier League.

Leeds United v Aston Villa
Patrick Bamford scored his 13th goal of the season to help Leeds end a run of back-to-back defeats by beating Southampton in midweek. Bamford only trails Harry Kane when it comes to Premier League goal involvements this season by English players (13 goals – 5 assists) and I fancy the Elland Road Bandito to notch first in what should be an entertaining game against the Villa.

Newcastle United v Wolves
I think one of the biggest myths in the modern game is that Newcastle fans’ expectations are too high and they want/feel entitled to trophies and European football. By and large they don’t. They just don’t want to watch s**te. Every. Single. Season. Steve Bruce took over a solid mid-table side from Rafa Benitez, has had the most investment of any Newcastle manager since the halcyon days of Kevin Keegan, and yet without much ado has taken them serenely into a relegation dogfight. He’s some pan of chips is Brucey! Cards on the table though it’s a tough game to call this as Wolves are hugely unpredictable and the Mags are desperate. Indeed if this game was a cricket delivery it would be pitched up bang into Geoffrey Boycott’s corridor of uncertainty.

Crystal Palace v Fulham
Fulham have trimmed the gap to safety from 10 points to just three in no time whatsoever and should be bullish as they head to Selhurst Park. The great escape could be on for Scott Parker’s side and they have solid claims here to beat the Eagles in a Premier League fixture for the first time since 2013. Imagine the scenes if they did. Are you OK Steve Bruce? Inbox me hun….

Leicester City v Arsenal
Games like Manchester City last week are the clear marker to show that Mikel Arteta has achieved absolutely no progress of note with this poor squad at Arsenal. Major investment is needed. I can’t believe they are as short as 15/8 to win at Leicester. You want soft toilet paper? You go to Hotel Bastardo.

Betting: Leicester to win & both teams to score at 7/2 (Paddy Power)

Tottenham v Burnley
Jose Mourinho has an arrogant switch that just can’t be turned off. I get that he is basically one of the best football managers of the modern ere, but can’t he just flick the humble switch now and again? Tottenham’s season has obviously tanked like you would not believe. On December 6 after brushing aside Arsenal 2-0 they went top. They looked like legit title challengers. Then boom. Spurs have lost seven of their 13 league matches since. They are now ninth in the league and a top four finish looks beyond them. Mourinho now leads the Premier League sack race (he’s as short as 2/1 with Paddy Power) and it looks increasingly likely he’ll be gone before the end of the season. Don’t feel overly sorry for ‘The Special One’ though as he will leave with a hefty compensation package and basically just blame other factors for Tottenham’s p**s-poor capitulation in recent months. They should steamroll Burnley here but 8/15 looks a joke price.

Chelsea v Manchester United
Chelsea were fantastic against Atletico Madrid in midweek. The Blues are clearly warming to life with Thomas Tuchel and the crafty German is now unbeaten in eight matches since coming on board. Someone ‘did the math’ on that Chelsea bench the other night and said it was worth £352m. If accurate that underlines the crazy depth of their squad and I quite fancy them to claim a clutch three points against the Red Devils here. They will have to keep Portuguese rascal Bruno Fernandes quiet of course but if they do they probably win.

Sheffield United v Liverpool
Diogo Jota might be on the bench for Sunday’s game against Sheffield United, but even if he is, the Reds look short at 4/11. They’ve lost their last four league games and were so disappointing against Everton. That said I still can’t bring myself to pull the trigger on the Blades at 13/2. He’s not in great form, but I would rather have a piece of the 6/1 action about Roberto Firmino scoring first than any bet on Liverpool at odds on.

Everton v Southampton
Southampton’s winless run now stands at a worrying eight matches. They should still be alright but it’s a bad auld run and a trip to Goodison looks likely to bring them the square root of f**k all in terms of a points return. The Toffees had no midweek commitments so should be well rested/prepped for this. Home banker, Clive.