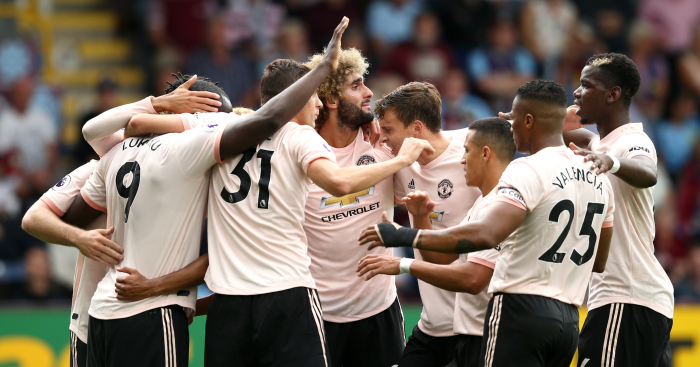 Tottenham v Liverpool
It’s a sombre Cheeky this week folks. Currently on the sick from work with a broken collar bone, I’ve been lamenting the poor quality of the UEFA Nations League and the fact it’s virtually impossible to cook a bacon sandwich with one arm. With time on my hands I’ve also been pondering the bigger questions.

I mean what sort of world are we living in when the unelected House of Lords outnumbers the Commons for the first time in 550 years? When at least £33billion a year is lost to tax evasion? When Carlton Palmer ends up with more England caps than Matt Le Tissier? Hopefully a few winners can lighten the mood but this is a tough game to call for starters.

If you are looking for omens Michael Oliver is referee at Wembley this weekend. And Spurs have won their last eight when the Ashington whistler has been in charge. Spurs also beat Liverpool 4-1 when the teams last met at the national stadium last October, but given they will be without Dele Alli and Hugo Lloris, and the fact Liverpool have been f**king magic this season, the draw could actually be a big runner here.
Betting: Draw at 13/5 (888 Sport)

Bournemouth v Leicester City
With UEFA contemplating doing away with the away goals rule in continental competitions, the BBC ran a recent poll online asking ‘If you could change one rule in football, which would it be?’ For me it would have to be, without question, having to drink warm cans of Fosters at 07:11am on a train bound for Leyton Orient. Another 50-50 match this. No fewer than 12 of Leicester’s last 14 away matches in the Premier League have produced over 2.5 goals so this looks a fair shout at the Vitality Stadium.
Betting: Over 2.5 goals at 4/5 (bet365)

Chelsea v Cardiff City
The Blues have looked excellent so far this season and should pass Cardiff to death here. Death by a thousand cuts, with the masterful Eden Hazard again pulling the strings. Hazard is a shade under even money to bag anytime, and that looks fine by us.
Betting: Hazard to score anytime at 8/9 (888 Sport)

Huddersfield v Crystal Palace
No lumping here until we know what’s happening with Wilfried Zaha. To say Palace have become a tad over-reliant on their talisman is putting it mildly. In the past year, Palace have played 32 games with Zaha in the team and 10 matches without him. When Wilfried plays, their win percentage stands at a healthy 37.5%. However with the Ivorian on the sidelines, that win percentage drops to 0%. Amazeballs.
Betting: 1-1 draw at 5/1 (888 Sport)

Manchester City v Fulham
Since the start of last season, City have taken 56 points from a possible 63 at home, and it’s difficult to make a case against them here. The bookies are convinced, with Pep Guardiola’s side an eye-watering 1/9 on for the win in places. If you are completely mental, Fulham are available at 25/1, but I much prefer the 11/8 about City winning and both teams finding the net. Fulham will always be dangerous with Aleksandar Mitrovic up front, and I fancy them to score in Manchester. Their problem will be at the other end, with City’s attacking options bordering on the ridiculous.
Betting: Manchester City to win and both teams to score at 11/8 (888 Sport)

Newcastle United v Arsenal
Alexander Lacazette put in an Man-of-the-Match shift on his first start of the season for the Arse against Cardiff, and will surely get the nod to continue where he left off before the international break on Tyneside. The Gunners look much more of an attacking threat with Lacazette through the middle and Pierre-Emerick Aubameyang out left, and if Arsenal play this way it’s difficult to see how the Geordies will contain them.
Betting: Lacazette to score first at 5/1 (bet365)

Watford v Manchester United
Mad to think that after four matches Watford are one of only three teams to have a 100% record while the Red Devils toil in mid-table obscurity. Jose Mourinho’s men are not without hope here though, given they should be able to match the sheer physicality of this Hornets side. It should be a compelling game, with Mourinho acutely aware his team needs to build some momentum following that win over Burnley. Over 2.5 goals is an even money shout and that could be the play given Watford have scored twice in each of their last four at home.
Betting: Over 2.5 goals at evens (888 Sport)

Wolves v Burnley
One point from four matches reeks of relegation form, and Burnley look set for a winter of discontent on what we’ve seen thus far. Wolves on the other hand have adjusted well to life in the top flight, and with the help of ‘King of the dribblers’ Adama Traore can bank another three points here.
Betting: Time of Wolves first goal – Under 46 minutes at 5/6 (bet365)

Can Everton be trusted here after such an insipid display against Huddersfield? They were absolutely Terry Bell last time out, stinking out Goodison with their lack of vigour and creativity. West Ham will be desperate to get some points, or at least a point, on the board so a draw would not be a huge shock under the circumstances.
Betting: Draw at 13/5 (bet365)