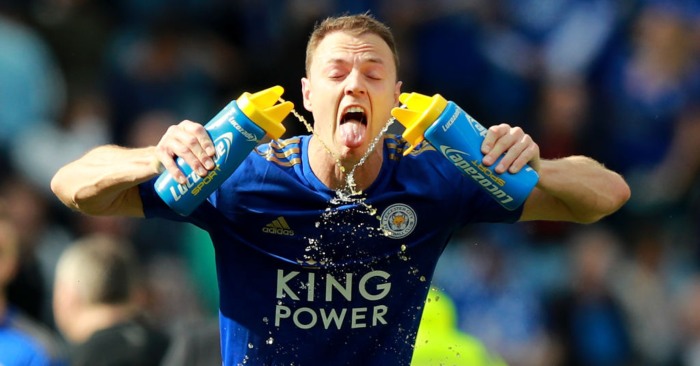 Arsenal v Burnley
This one reeks of an mauling and that’s reflected in the fact Arsenal are threes on for the win. Pierre-Emerick Aubameyang just loves playing against the Clarets, having already scored six goals in just three previous games against Sean Dyche’s men. The Gunners have won ten consecutive games against Burnley and look the very definition of a ‘banker’ this weekend.
Betting: Aubameyang to score first at 11/4 (Bet365)

Aston Villa v Bournemouth
Mad old summer wasn’t it? England winning the Cricket World Cup. Boris Johnson parachuting into Number 10 insisting Brexit means Brexit. Newcastle fans spent it rioting outside Sports Direct despite the club breaking their transfer record for a striker, while Aston Villa ended up as one of the biggest-spending clubs in world football, having lavished over £118m on 12 new players. I mean who knew? Make no bones, the transfer window is a f**king monster. The game I fell in love with in the 1980s doesn’t exist anymore. It ceased to exist the day I was invited into the box at my club, Hartlepool United, and spied ‘Braised Leeks with Mozzarella’ on the menu. That did my head in for weeks but I’m over it. Change is inevitable. Anyway, was the 80s really all that? My mam used to answer the house phone by saying the number back to the caller. The f*ck was all that about?
Betting: Aston Villa to win at 7/5  (Bet365)

Brighton v West Ham
Brighton got off to a flyer last week but could be brought back down to earth with a bump at the Amex. West Ham suffered a baptism of fire in their opening match against the champions but Manuel Pellegrini has assembled a good squad this season and this looks a very winnable fixture for the Chilean Ken Barlow.
Betting: West Ham to win at 39/20 (888 Sport)

Everton v Watford
Watford were beyond f*cking terrible against Brighton. And of course I backed them at odds on (there really is no healing for these ravioli shaped wounds). However I’m more than confident of getting my loot back by punting the Toffees here, given the Hornets have not won at Everton in the last four seasons.
Betting: Everton to win & Under 2.5 goals at 100/30 (Paddy Power)

Norwich City v Newcastle United
The Canaries lost 4-1 at Anfield in a tonking that definitely wasn’t a tonking. Truth be told they played well in the second half against Liverpool and look a lush price here at odds against. If Argentine creative spark Emi Buendía is in the mood then the Toon could be put to the sword. Don’t believe the rumours though that Steve Bruce thinks Buendía is an Italian confectionary.
Betting: Norwich City to win at 13/10 (Paddy Power)

Southampton v Liverpool
Liverpool have scored 11 goals in four meetings with Southampton but on recent evidence would you honestly have your house on the Reds to keep a clean sheet this weekend? Their back line has been unrecognisable from the well-oiled unit of last season and they have been shipping goals for fun in recent weeks. Southampton’s Premier League season started in woeful fashion but trust me, this won’t be a cakewalk for the Reds after their taxing midweek trip to Istanbul.
Betting: Liverpool to win & both teams to score at 2/1 (Bet365)

Manchester City v Tottenham
Pep Guardiola’s side have dominated English football over the past two years and beaten Spurs in all four Premier League games during that period. Tottenham of course prevailed over two legs in the Champions League last season so Pep will be telling his side that revenge is a dish best served cold. Since losing 2-1 at Newcastle on January 29, City have played 15 Premier League games and won the lot. However I’m not having the doom-mongers who are claiming a home win here would quash the title race before it starts. It’s the middle of August man! What’s the bloody matter with people? Christian Eriksen, still yet to sign a new contract with Spurs, simply has to play and if he does then both teams to score looks a complete mortgage job.
Betting: Both teams to score at 3/4 (888 Sport)

Sheffield United v Crystal Palace
Four of the past five meetings between these teams have featured fewer than 2.5 goals, and both teams look to be a bit short in the ‘guile’ department this season. However we reckon the less said about that tool Adrian Durham labelling Billy Sharp a League One striker who won’t get a sniff in the Premier League, the better.
Betting: No goalscorer at 6/1 (Bet365)

Chelsea v Leicester City
Nineteenth plays twelfth in the Premier League this weekend and you have to say that Leicester look a big old price at around the 4/1 mark. The Foxes have lost only one of their last four trips to Chelsea and the erudite Brendan Rodgers will to be eager to pit his wits against new Blues boss Frank Lampard. Chelsea’s spirited display in the UEFA Super Cup will lift their confidence after that Old Trafford mauling last week but Leicester look live underdogs here and worth tickling at bigger than 4/1.
Betting: Leicester City to win at 21/5 (888 Sport)