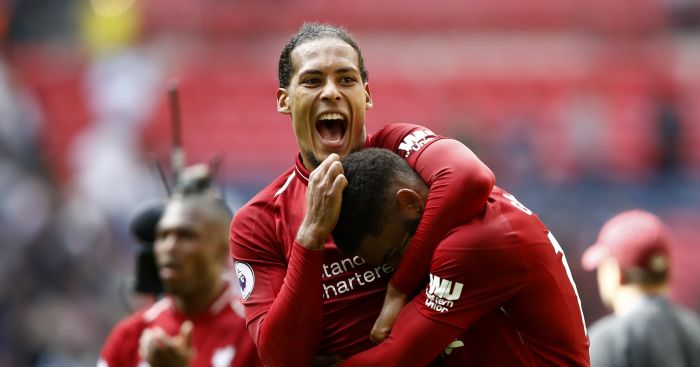 Fulham v Watford
Slavisa Jokanovic’s side have enough quality to claim just their second Premier League win of the season by beating Watford in Saturday’s early kick-off. Aleksandar Mitrovic will again be tasked with supplying the goals but don’t sleep on young Tom Cairney. The attacking midfielder, hair like an out of control carrier bag, is a genuine class act. So decent it seems, that England boss Gareth Southgate is considering calling him up to play for England, despite the small matter of him already winning two caps for Scotland.
Betting: Fulham to win at 11/8 (bet365)

Burnley v Bournemouth
Burnley finished seventh last season but are now among the favourites for the drop after a truly s**tty start. One point from a possible 15 and from an attacking point of view they are a million miles away from where they need to be. No guile. No pace. No energy. And 2/1 to win on Saturday. No f**king chance.
Betting: Bournemouth to win at 17/11 (888 Sport)

Cardiff City v Manchester City
Manchester City were worryingly off the pace against Lyon and on another night the French side may have scored four or five. Pep Guardiola will be back in the dugout this weekend and normal service will hopefully be resumed but you can’t be taking them here at 1/6, especially given how well Cardiff player against them in the FA Cup last season. If Pep keeps faith with Leroy Sane though this is just the type of occasion he could easily run buck wild.
Betting: Sane to score anytime at 13/8 (888 Sport)

Crystal Palace v Newcastle United
It’s been a while since this column took down a really chunky winner but the stars could be aligning again this weekend. Newcastle have been absolute belly button fluff this season, stinking their way to their worst Premier League start since 1999. Wilfried Zaha makes Palace tick and I like the look of Zaha to score first and Palace to win 3-0 at an immensely satisfying 60/1. Remember folks. In gambling as in life, you’re only ever a Cruyff turn away from greatness.
Betting: Zaha to score first and Crystal Palace to win 3-0 at 60/1 (bet365)

Leicester City v Huddersfield Town
James Maddison does not look out of place in the Premier League and the former Norwich man – who hit 14 goals in the Championship last season – looks a bet at 5/1 to score first. It may not be long before Maddison gets the nod from Gareth Southgate and he has the skills to get Leicester on their way at the King Power.
Betting: Maddison to score first at 5/1 (bet365)

Liverpool v Southampton
A win for Liverpool at Anfield and they will have made the best start to the season in the club’s illustrious 126-year-history. Ordinarily the Liverpool thing to do in a week they’ve beaten Spurs and PSG of course would be to lose to Southampton, but this Reds side is getting better and better under Mr Klopp and can rewrite the record books at Anfield.
Betting: Liverpool to win to nil at 5/6 (bet365)

Manchester United v Wolves
It’s been pretty uncomfortable to watch Jose Mourinho struggle through these past few months. A boss who has carried himself with all the decorum of a rat fighting in a ditch. Over some piss. Happily for United fans their side may have turned a corner. Wednesday’s 3-0 victory over Young Boys was excellent. Paul Pogba was magnificent in that win, while Luke Shaw and Diogo Dalot both put in fantastic shifts at full-back. If they show the same kind of ambition against Wolves the Red Devils are surely the pick again.
Betting: Manchester United to win and both teams to score at 28/11 (888 Sport)

Brighton v Tottenham
Brighton will he hoping they are getting Spurs at precisely the right time here. Tottenham, having lost three in a row for the first time since 2014 (the days of Tim Sherwood and the gilet) will be desperate to rebound but won’t get any favours from a Brighton with with rock-solid home credentials. We won’t lie. 5/4 about this being a draw at half-time looks tasty.
Betting: Half-time result – draw at 5/4

West Ham v Chelsea
Big game for both teams and this London derby should be a fun watch. Olivier Giroud was excellent against Cardiff, laying on two assists for Eden Hazard. Chelsea favour a more expansive game these days, and Giroud looks the perfect foil for Hazard. I’ve got a lot of time for Giroud. He’s always struck me as the type of guy who, if required, could go on the drink for three days without any sleep then go and shoot a low score at golf whilst wearing his wife’s knickers. A rarity in the modern game.
Betting: Giroud to score anytime at 6/5 (bet365)

Arsenal v Everton
Recent results suggest Everton are going to achieve the square root of f**k all again this season, and yes I am still f**king bitter after their draw with Huddersfield the other week did me for 400 snots. Unai Emery has big shoes to fill at the Emirates but it seems the players are buying into his ideas and a new way of playing. The home win looks an absolute banker here so there down a little bread on Arsenal getting it done 3-1 in north London.
Betting: Arsenal to win 3-1 at 11/1