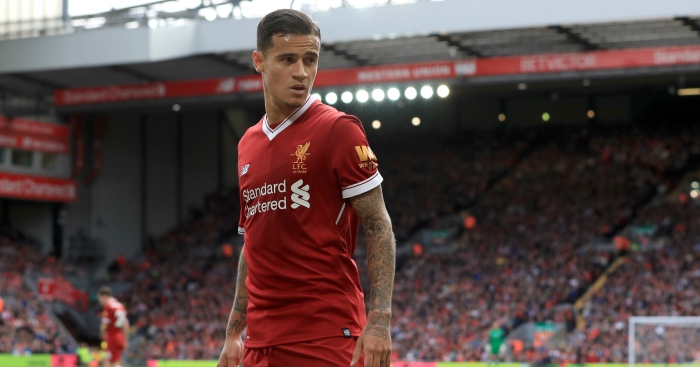 West Ham v Tottenham
Intriguing London derby to get proceedings under way this weekend and you have to fancy Spurs, a club close to the heart of my childhood pal Big Dave. Dave once asked me, if I could be recreated as an animal, what would be my lineage? Without hesitation, I replied that it would have to be a cross between a sleep deprived raccoon on my father’s side and a loving, cooing dove who liked a gin on my mother’s.

Burnley v Huddersfield
The Clarets look a really solid odds against pick here. In fact I would go far as to make them my Lock of the Week (oooh that’s a big lock alright). Fantastic performances on the road so far against Chelsea, Spurs and Liverpool coupled with rock solid home form last season equals three points. Hopefully…

Everton v Bournemouth
It’s been a miserable few weeks for Everton and their followers but hope springs eternal and that Carabao Cup win over Sunderland on Wednesday might just signal a return to form. They’ve got the players to beat Bournemouth (Dominic Calvert-Lewin looks a huge talent) and look a tempter in the ‘Win – BTTS’ stakes.

Betting: Everton to win and both teams to score at 13/5 (Betfair)

Manchester City v Crystal Palace
Five games, five defeats, no goals scored for Palace so far in the league. That could all change on Saturday though. Well, the no goals scored bit anyway. I think Pep’s City slickers will have too much going forward but I do finally expect the Eagles to trouble the old onion bag.

Southampton v Manchester United
Having seen his various cameo appearances this season I’m a bit miffed as to why Anthony Martial is not getting games week in, week out for Manchester United. The boy looks special and he’s scored two in his last two outings. Talking of special, what about this Marcus Rashford character, who looked unplayable at times as a central striker against Burton on Wednesday night? If you are talking about the world’s brightest young talents, of Kylian Mbappe and Ousmane Dembele, you also have to mention the boy Rashford in the same breath. The scary thing about the Wythenshawe Wonder is that his ceiling is almost limitless.

Stoke City v Chelsea
The Blues are defending a 100% away record and are fancied to prevail at a venue where Arsenal and Manchester United have already been found wanting this season. Let’s have it right: Chelsea have been a bit wobbly at home but f*cking outstanding away in 2017 and with Eden Hazard looking match fit again this is a game they can emerge victorious from.

Leicester City v Liverpool
I have to say I was all over Leicester at 11/5 in the EFL Cup in midweek but am acutely away that the pendulum swung in the Foxes’ favour at the King Power the minute Philippe Coutinho was withdrawn. The Brazilian schemer was amazing in the first half and looked right back to his mercurial best. He’s a 15/2 shout to score first this weekend and if the other night was anything to go by that looks a belter of a bet.

Swansea v Watford
10/11 about both teams scoring is perfectly acceptable at the Liberty Stadium. Watford got their a*ses handed to them by Man City last weekend but it’s been an otherwise solid start to the season and Swansea have shown signs of improvement in recent weeks.

Brighton v Newcastle
I’m writing this week’s column in a Burger King in Gateshead and it’s quite a thing to hear a local counter assistant say the words: “Angry Angus Burger and Chilli Cheese Bites”. Huge game this for both teams but it’s hard to go against the Toon on current form. 2/1 about the away win? Why aye man.