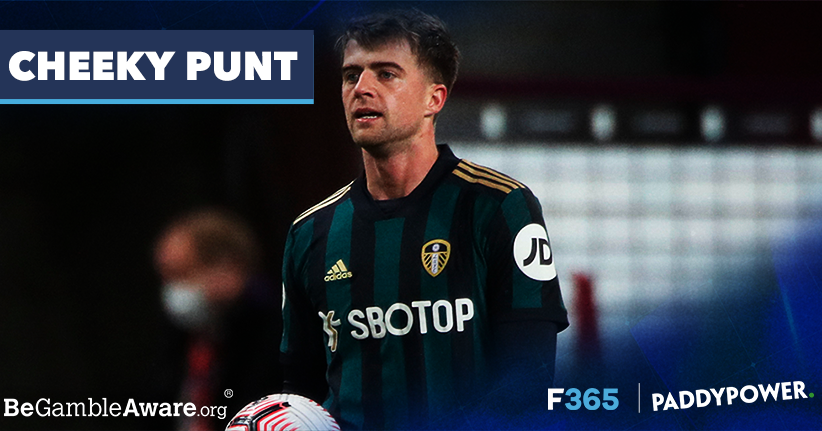 Cheeky has gone for some interesting bets this weekend. If you like all his tips, Paddy Power’s Acca Insurance will refund all punters whose 4+ bet accumulators are let down by just a single selection.

Wolves were ridiculously over-cautious against Newcastle and Nuno (an ex-keeper himself no less) will not have been impressed by the way Rui Patricio presented the Toon with a late point last Sunday. I wasn’t impressed either after lumping Wolves at 4/5, and am eating fish fingers for the next few weeks as a result.

They may look a different animal in European competition this season, but Manchester City’s form in the Premier League has been decidedly subpar. Would you trust them at 4s on to win in South Yorkshire? Remember after last week’s Champion League round they endured that terribly disappointing game against West Ham. The good news for Pep is that the Blades are 19th in the table on one point, above Fulham only on goal difference and blatantly struggling. One point from a possible 18 is pure relegation tackle. They are struggling for goals too with two of the three league goals they have managed so far coming from the penalty spot.

The Blues won 4-2 at Turf Moor this time last year and should be plenty good enough to win again on Saturday. Nine points from six matches though suggests Frank Lampard has yet to put all pieces of the Chelsea puzzle together. Has the old global pandemic being weighing heavily on Lamps I wonder out loud? I’ve actually stopped watching the news as it’s all a bit depressing at the minute. The lockdown has had me thinking about all kinds. The unfairness and glaring inequality out there. The fact that dogs can legally shit in the street and I can’t also keeps me awake at night, particularly given the fact my town has the sixth highest council tax rates bill in the UK, and my chihuahua contributes precisely f**k all towards this. A question for the bureaucracy nazis out there methinks.

The champions could go top of the table – albeit temporarily – if they can beat West Ham on Saturday. It’s not been a vintage start for the Reds by any stretch, but they will be happy enough with their current five-point advantage over main title rivals Man City. You have to go back to April 2017 for the last time Liverpool lost in the Premier League at Anfield. During that time they’ve claimed 51 wins and 11 draws from 62 matches. Incredible stuff. Virgil van Dijk is obviously a huge miss and while they should grab the points here I fancy the Hammers to score.

Betting: Liverpool to win & both teams to score at 7/5 (Paddy Power)

This season has been a minefield for punters. So Liverpool lost 7-2 to Aston Villa, who then lost 3-0 at home to Leeds. What the f**k is going on? As the old saying goes though, ‘When life gives you lemons, lob them back and smash Villa at 7/5.’

I give up with Newcastle I really do. Could this squad be any less ambitious? And yet they’ve stung me badly by picking up points on the road against Tottenham and Wolves in recent weeks. Sacrificing possession to soak up pressure for an hour and a half while praying for a late break won’t end well longer term though, and I don’t hate Everton’s price here to win and keep a clean sheet.

The Red Devils go in search of their first home league win of the campaign at the fourth attempt this weekend. A glance at the table shows there has been one attribute missing at Manchester United this season – consistency. I still think they need an enforcer at the back. You know the type. Stoic. Looks as though he’s been shaving since he was 13 and his paper round was uphill, both ways, in acid rain. Tough game to call this with Arsenal playing poorly since the resumption following the international break. It’s also been over five years since Arsenal last won away at a ‘top six’ rival and they have already been done by Liverpool and Manchester City on the road this season. Home win. Just.

So Son Heung-Min is the Premier League’s current top scorer, Harry Kane has bagged most assists and Spurs and the top-scorers in the division. Not bad from the ‘defensively minded’ Jose Mourinho eh? I read this week that Paul Scholes and Xabi Alonso never assisted more than seven goals in a Premier League season. Kane has eight in six games so far. 2020? Some buzz.

Fulham can potentially pull themselves out of the bottom three by beating the Baggies and it’s a big game down at the bottom this. The bookies are sitting on the fence with both sides chalked up at odds-against, but Fulham have a 7-3 record against the Baggies in the Premier League and could edge a tight one.

Betting: Fulham to win by one goal at 3/1 (Paddy Power)

Both teams are averaging over two goals a game and Marcelo Bielsa and Brendan Rodgers both like to get on the front foot. There’s a fly’s eyelash between these teams in terms of ability so Monday night should be a decent watch. Patrick Bamford scored the 342nd Premier League hat-trick as Leeds crushed Aston Villa last time out. He’s in some form the boy. The advice is for punters to trust in ‘Bielsaball’ and for Bamford to score first against the Foxes to send the Leeds armchair army into raptures.