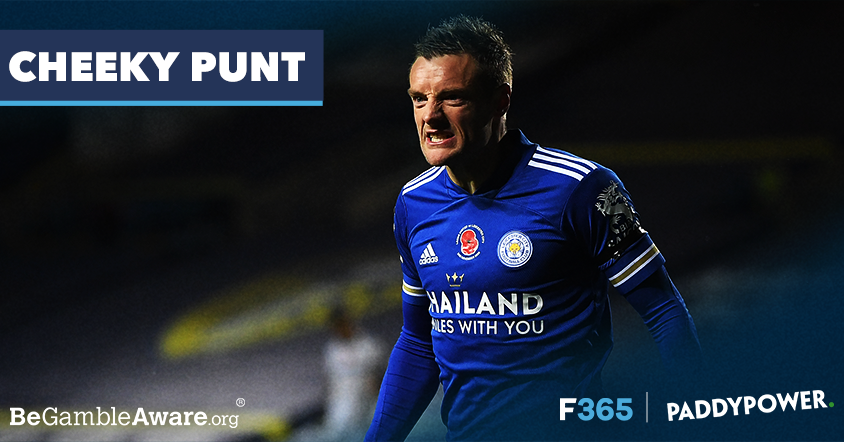 Cheeky has gone for some cracking bets this weekend. If you like all his tips, Paddy Power’s Acca Insurance will refund all punters whose 4+ bet accumulators are let down by just a single selection.

Newcastle United v Chelsea
The Mags have a reputation for boring and wearisome play so it’s rather surprising to note that both teams have scored in five of their last six Premier League matches. I fancy goals again on Tyneside with Chelsea the Premier League top scorers to this point with 20. The rapid Timo Werner can become the first player to score in five consecutive appearances for Chelsea in all competitions since a certain Didier Drogba turned the truck in November 2009. Whether he does or not though, I can’t emphasise enough how much I fancy the Blues here. After a dodgy start to the season they are really purring now under Frank Lampard’s guidance. Put simply, they feel like the biggest football bankers since Brazil strolled into Mexico in tight shorts with a certain erectile dysfunction salesman circa 1970.

Aston Villa v Brighton
Villa are scoring goals and have won five of their opening seven games. At odds-against I would rather be backing than laying them this weekend. As a mate of mine who doesn’t go home and away (obviously) recently put it after their win at Arsenal: “After six years of utter shite it’s a breath of fresh air being a Villa fan again.” Quite.

Tottenham v Manchester City
Spurs are on the longest active unbeaten run in the Premier League (W5 D2) so Saturday’s clash Manchester City looks must-watch material. Tottenham are playing well and have not done a lot wrong since the opening day of the season when they lost to Everton. They beat the Citizens 2-0 at the Tottenham Stadium back in February and few could argue they are not a value pick here at 3/1. Spurs superstar Son Heung-min has been in red-hot form since the new season began, scoring 10 goals in 13 games and he can help Mourinho’s men to a big three points in the capital.

Manchester United v West Brom
The Red Devils took a while to get going against Everton but finished strongly and their fans will demand nothing else but a victory here. The Baggies are playing better than their league position suggests but it’s a big ask and the home win looks priced up about right at 2/7. It’s not really a price to be rowing in with in terms of a heavy single though. First goalscorer? Man like Marcus Rashford. Who seems to be carping the f**k out of every diem these days.

Fulham v Everton
Apparently Real Madrid have put Isco on the market with the approval of Zinedine Zidane. Carlo Ancelotti is interested in bringing him to Everton and that would be some signing should the Blues get it over the line. They need to do something it seems as the Toffees have picked up just one point from a possible 12 in recent weeks and have actually lost their last three. Leaky in defence and more hesitant going forward than they were at the start of the season, they face another test here and the draw looks a big player at 11/4.

Sheffield United v West Ham
Bramall Lane was one of the toughest places to go for away sides last season but Sheffield United are under huge pressure this term having lost four of their last five home matches. Michail Antonio and Jarrod Bowen are leading the way for the Hammers so far with three goals apiece and they can help the Londoners to another win on the road on Sunday.

Leeds United v Arsenal
To use Merson-speak, Leeds have been the proverbial ‘Bag of Revels’ since their return to the top flight while Arsenal have also been up and down as they strive to improve under Mikel Arteta. The latest international break probably came at a decent time for both clubs, with Leeds staggering into it after back-to-back 4-1 shellackings at the hands of Leicester City and Crystal Palace. The Gunners will be suffering too after that surprising 3-0 reverse against Aston Villa last time out, so this is probably not a game to wax the mortgage money on. If I had to call it – which I suppose I do – I would tentatively go for Leeds. This is purely based on Arsenal’s recent lack of firepower. The Gunners have managed just one goal in their last four league games, and that was a penalty!

Liverpool v Leicester City
Having won all four of their Premier League away games the Foxes are setting the early pace but face a crunch test against the champions on Sunday night. This should be a belter and Liverpool are not seen as bankers, with Paddy Power chalking they up at 10/11. They’ve managed just one clean sheet in eight league games so far, and the defence that formed the bedrock of their title win last season has just not looked the same this time round. Injuries to key personnel at the back may have been catastrophic if it wasn’t for their quality in attack, with new boy Diogo Jota bedding in nicely since his move to Anfield.

This game screams goals with the pace of Jamie Vardy and Harvey Barnes at one end up against the brilliance of Sadio Mane and the irascible Mo Salah at the other. In a shocking plot twist though, Salah has again returned a positive test for coronavirus while on international duty with Egypt and looks certain to miss out as a result. It’s Vardy’s 6/5 price to score anytime that jumps off the page however. The Golden Boot winner has already plundered nine goals in eight games despite the fact he’s nearly 34 and looks like Albert Steptoe. His blistering pace should cause a makeshift Liverpool defence fits and I like his chances of scoring in what could be a classic encounter.

Burnley v Crystal Palace
Burnley are the league’s lowest scorers with a paltry three and head into this one after a shockingly poor 0-0 draw with Brighton. If you are looking for a team that collectively move like angels over a fluffy cloud then look somewhere else. Sean Dyche’s side are combative and determined, but lacking in class and I’ve seen enough of them this season to hang my hat on the away win here at 7/4.

Wolves v Southampton
Ralph Hasenhüttl‘s Southampton are enjoying a fine season and are usually fast starters, having bagged the opening goal in six of their last seven. They are 13/10 to score first on Monday night. You know what to do.