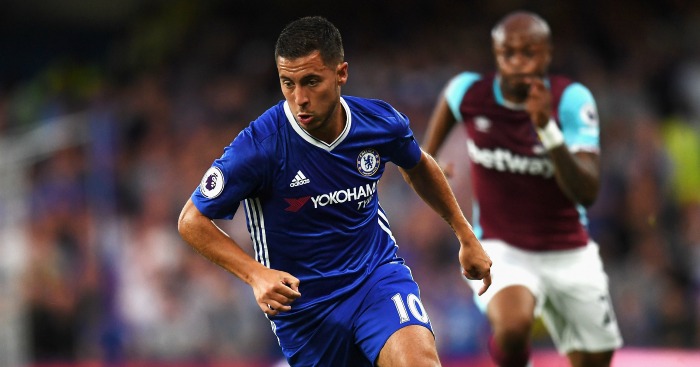 So it’s Saturday and I am still a full two days from payday. I am 37 years old and my net worth is £2.18. A horse bearing the same surname as ‘er indoors is racing at Newbury and I just know it’s a certainty. Obviously it p*ssed in and I didn’t have a wrap on it. My mood veers between dark and agitated.

I’m so bored without gambling I go to the gym. Twice. While also cutting the grass and wiping down the f*cking window sills. Anything to distract me from thinking about punting.

However my mood lifts as Hull City beat Leicester in the early kick-off. The Foxes were my bet of the day. I text a mate to borrow £200 to smash Newcastle at 4/6. He doesn’t get back to me till 4:35pm and weakly says “I didn’t get your text.” Sound that lad. Well who f*cking got it then?

Happily Newcastle lost 2-1. Not so happily I sold a kidney in July so I could smash them to win the Championship at 15/8. Roll on death.

Sunday was worse than Saturday. I was clucking for a bet. Yet with no money to gamble or drink with I had to blag a Sunday dinner off my sister and get my kicks via social media.

Facebook is absolutely brutal at the best of times but on a weekend it seems to reach new levels of ridiculousness. Some observations from Sunday gone:

– Some absolute melt selling green and posting their actual address .
– Someone posting a sh*t Sunday dinner (claiming it was chicken but it looked for all the world to be roadkill) with the legend “Mmmmmmm” above the whole sorry mess.
– Som pearler slating their “Baby Daddy” for spending her/their child maintenance cash on booze and drugs.
– Dog filter (courtesy of Snap Chat). Please, spare my aching ribs.
– Some absolute c*nt in some gym or other posing on a cross trainer with the status update “Another sober weekend in the bag”.

I’m not sure what Mark Zuckerberg’s vision was when he created Facebook. But it was surely, surely not this?

I think it was the Greek philosopher Aristotle who said “Patience is bitter but it’s fruit is sweet.”

And f*ck me sideways he was right! My wages landed at midnight on Monday and having stayed up I immediately launched into a punting frenzy.

My first bet was a stone cold classic as I had 100 sovs on Wayde van Niekerk to win the 400m at 12/5. The young South African flyer was up against it having been drawn in lane eight but produced a performance for the ages at 2am in the morning to smash Michael Johnson’s 17-year-old world record in clocking 43.03 to scoop the gold and £240 profit for yours truly.

I followed that up with a lump on Chelsea to beat West Ham with both teams to score at 9/4. In the same match I had Eden Hazard to score anytime at 5/2. The Blues pulled it out the bag with a last minute Diego Costa winner (with Hazard getting the other) and I was feeling rather invincible. To round off a perfect day I had Russian heavyweight Evgeny Tischenko to claim gold at 4/6 in his boxing final late doors. He was up against Vassiliy Levit and basically my man got his head punched in for three full rounds. You can’t win ’em all I thought as it went to the judges. Tischenko, bloodied with his head bowed, looked goosed.

Incredibly the judges gave the verdict to Tischenko. And immediately there was hell on. Make no bones. Levit got flat out hosed here in one of the worst Olympic scoring robberies I can remember. Yet as the boos rang out loud and proud in Rio I was cartwheeling round the bedroom like a latter day Nadia Comaneci. But obviously with a much hairier a*se.