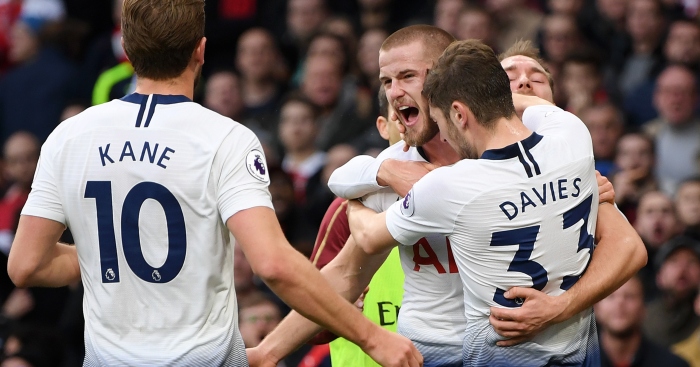 West Ham v Arsenal
Arsenal have not kept a clean sheet in any of their last five games and may struggle to contain the brilliance of Felipe Anderson at the London Stadium. Also, while he may look like he sells vape juice outside of ASDA, Marko Arnautovic is a seriously talented baller and the pair of them can help the Hammers to victory in Saturday’s early kick-off.
Betting: West Ham to win at 13/5 (Betfair)

Brighton v Liverpool
The Seagulls are unbeaten in four and could be getting Liverpool (our team to watch) at a good time here. The Reds have been sensational so far this season but back-to-back 2-1 defeats in the Premier League and FA Cup have suddenly left them under a bit of pressure. Jurgen Klopp’s men have been averaging two goals a game on the road and will have all the big boys back but my hunch is that Brighton hold on for a point at a jumping Amex.
Betting: Draw at 5/1 (Betfair)

Burnley v Fulham
Burnley may have turned a corner after two straight league wins, and were even awarded a f*cking penalty for the first time since 1923 last weekend in the FA Cup. With home advantage, they can be trusted to see off a Fulham side who’ve won just two of their last 18 games.
Betting: Burnley to win 2-0 at 11/1 (bet365)

Cardiff v Huddersfield Town
Cardiff were dumped out of the FA Cup to Gillingham last week but wily old boss Neil Warnock won’t be a*sed in the slightest if they can pick up three points here. They should be confident too as this Huddersfield side is proper goal-shy. Talking of goal-shy, how about Sean Morrison at 22/1 to score first? He’s been poor as an attacking threat so far this season but is one of those players prone to picking up the proverbial banjo and smashing an unsuspecting cow around the arse with it when the mood takes him.
Betting: Morrison to score first at 22/1 (Betfair)

Crystal Palace v Watford
Palace have lost five of their ten home games so far, but Watford have won precisely none of their last three league outings. Ergo this is anyone’s so let’s do a madness and have a small play on the Eagles to win 3-2.
Betting: Crystal Palace to win 3-2 at 33/1 (bet365)

Leicester City v Southampton
Forget that ridiculous defeat to Newport last weekend, Leicester are a good side and should be way too good for Southampton at the King Power. Evens about a home win here looks a bet all day long when you consider that the Foxes have shipped just three goals in their last five Premier League games. And that Southampton are s**t.
Betting: Leicester City to win at evens (Betfair)

Chelsea v Newcastle United
The Blues have failed to score in their last two at home and while they played well against Spurs in midweek they drew a blank again. For this reason I would rather go youth hostelling with Jacob Rees-Mogg than back Sarri’s mob at 2/9 here. I’ve got no agenda but every time I have seen Alvaro Morata this season he has been, without exception, bobbins.
Betting: Newcastle (+1) to win at 7/2 (Betfair)

Everton v Bournemouth
If you smashed Everton every time they played at home this season you would be dead broke right now, la. Serious question: How can a team with no home league win in their last four be odds-on? The knives are out for Marco Silva I am afraid and Bournemouth look a fair price at bigger than 3/1 to win on Merseyside.
Betting: Bournemouth to win at 18/5 (888 Sport)

Tottenham v Manchester United
Will Spurs end Ole Gunnar Solskjaer’s amazing streak as United boss? Not since the heady days of Sir Matt Busby in 1946 has a Manchester United manager won his first five matches. However the now not so baby-faced assassin will certainly have to earn his wages this weekend with a tricky trip to Wembley looming. It’s worth noting that all four of his league wins have come against teams in the bottom half of the table. Spurs won’t afford them the same kind of respect and the Lilywhites have been red hot of late. Goals look absolutely nailed on with the Red Devils having kept just one clean sheet in their last eight games, but when the dust settles Spurs should emerge with the three points.
Betting: Tottenham to win and both teams to score at 5/2 (888 Sport)