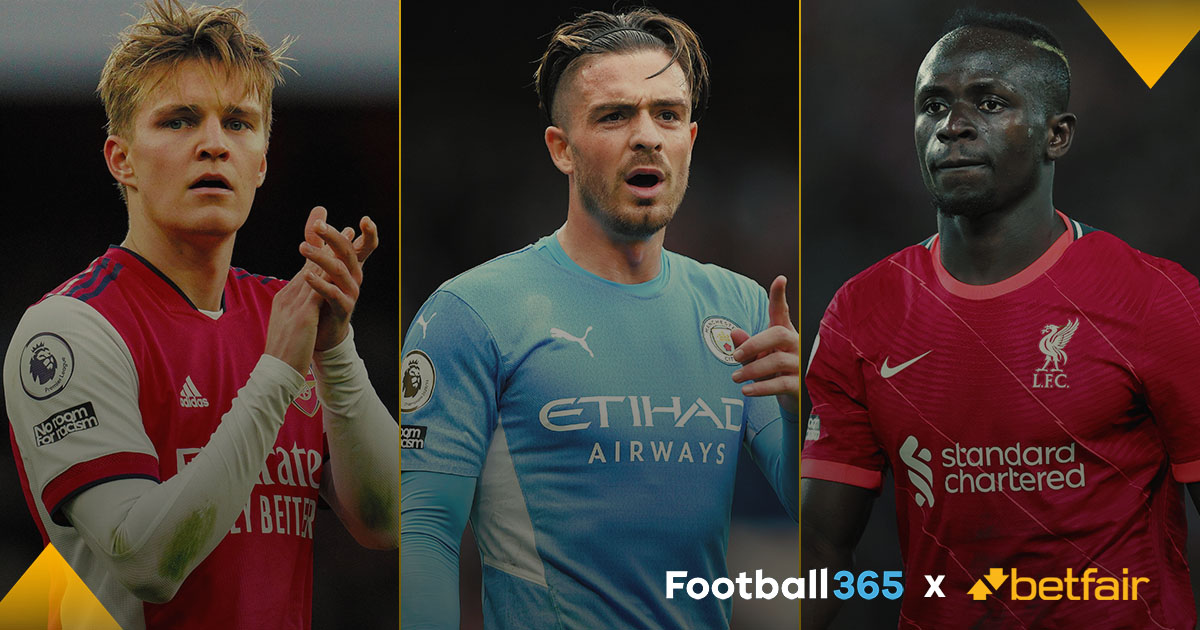 The Premier League returns in midweek for another round of fixtures and Cheeky is back to preview all the action and give you his best tips, with odds from Betfair throughout.

Betfair are on record of course saying they stand to lose north of an eye-watering £1.5 million if Liverpool can bring home all four trophies, with savvy punters having backed the Red Men in their quadruple market from as big as 500/1.

The last time Liverpool played at Villa Park of course they were banjoed 7-2. You can get odds of over 500/1 for a repeat result on Tuesday, but am not sure there will be many takers. As a player Steven Gerrard infamously never lifted the Premier League trophy with his boyhood club – and Reds fans around the world will be hoping his Villa side do not get in the way of their quadruple bid this week. Former Anfield stars Philippe Coutinho and Danny Ings have the potential to show up as pantomime Villains here of course, but the smart money is on Liverpool to win to nil.

Betting: Liverpool to win to nil at 6/4 (Betfair)

Leeds United v Chelsea
Victory over Wolves would have virtually guaranteed Chelsea’s presence in next season’s Champions League, but Thomas Tuchel’s side showed their vulnerability at the back once again over the weekend. 13 of the last 15 league goals the Blues have conceded have come in the second half, and ordinarily Chelsea would be anything other than mortgage jobs to win on Wednesday, given their current form (or lack of it).

However they are playing Leeds, who are now back in the bottom three at just about the worst possible moment. What was all that about on Sunday?

Jesse Marsch – “Right guys, let’s keep it tight for the first five minutes or so abs build from there, yeah?”

It was such a damaging defeat for Leeds that. Arsenal carved through their defence with consummate ease time and time again in a wild first half. Things improved slightly after the break, but another defeat leaves them staring into the abyss.

Leeds have also now received the most yellow cards in a single Premier League season (95) with three games to spare. Which is nuts. Losing Luke Ayling is huge too. He’s such an important player for Leeds. And now he’s suspended.

As an aside we are told the Todd Boehly takeover of Chelsea is now ‘very close to completion’. It should be a huge boost for the Blues to get it over the line this week. Talking of finances, am feeling a little sad today after doing my conkers on Canelo Alvarez on points in Las Vegas. So to cheer me up could folk post cute pictures of their Visa cards (front and back) in the comments section?

Leicester City v Norwich City
Norwich have picked up just nine points from 17 away matches this season, a season that truth be f**king told has been a bit of a disaster. To put into context how much of a sh**ter this season has been, Brentford are on 43 points, which is the same number as Norwich and Watford combined.

Leicester dominated for large periods against Everton – but found England number one Jordan Pickford once again in inspired form on the sabbath.

With zero logical reasoning at all, I’ll gladly play the casino’s huckleberry here and punt them to beat Norwich 3-0.

Watford v Everton
Watford never looked like scoring against Palace on Saturday as they feebly gave up the ghost in the battle to avoid the drop. They’ve lost on 25 occasions this season and are conceding 2.0 goals per game on average. It is the second time Watford – the very definition of a yo-yo club – have dropped out of the top flight in the past three seasons.

Everton won’t give a flying f**k about all that of course. All they want is to get into Vicarage Road – claim three points – and get out. There can be no denying a more positive atmosphere is now emanating from Goodison Park, and it’s amazing how Richarlison’s winner against Chelsea the other week has galvanised the players and the fans. They are not quite out of the woods yet, but that win at Leicester on Sunday was huge and getting out of the relegation zone will no doubt provide them with a huge psychological boost. A peach of a volley by Vitaliy Mykolenko and Mason Holgate’s header gave Frank Lampard’s side their third win in five games and means they are now very much in control of their own destiny.

Make no bones. They can claim the ‘W’ at Vicarage Road too.

Wolves v Manchester City
Wolves have claimed just one point from their last 12 available. Fair dos, that came against Chelsea, but surely Manchester City don’t unravel at Molineux? Wolves are averaging just a goal a game this season. And just as worryingly they are conceding at the same rate.

Raheem Sterling scored his 100th Premier League goal when the teams met at the Etihad in December and that proved the difference. Does he start on Wednesday after his brace against Newcastle? If he doesn’t, does it really matter. Not sure how Wolves cope with the silky skills and X-Ray vision of Kevin De Bruyne through the middle, or the jiggery pokery of Riyad Mahrez from the flanks.

The Citizens are no bigger than 1/9 now to retain the Premier League title, and could put Wolves in the bin early on Wednesday.

Tottenham v Arsenal
The Gunners increased their lead to four points over Spurs in the top four race by easing past Leeds on Sunday. Four consecutive league wins over Chelsea, Man United, West Ham and Leeds has put Arsenal in pole position to finish fourth, and even though Senor Arteta would take a draw here I fancy Arsenal to do the business again.

A Spurs win at home of course and the ride is back on. However Arsenal have been impressive in the last few weeks and Eddie Nketiah starring in a dynamic, brash and exciting Gunners forward line alongside Bukayo Saka and Gabriel Martinelli.

This is one of the most crucial north London derbies in recent years, but I fancy Arteta’s smile to be wider than than the Urumea River at full-time as Arsenal claim a famous win.