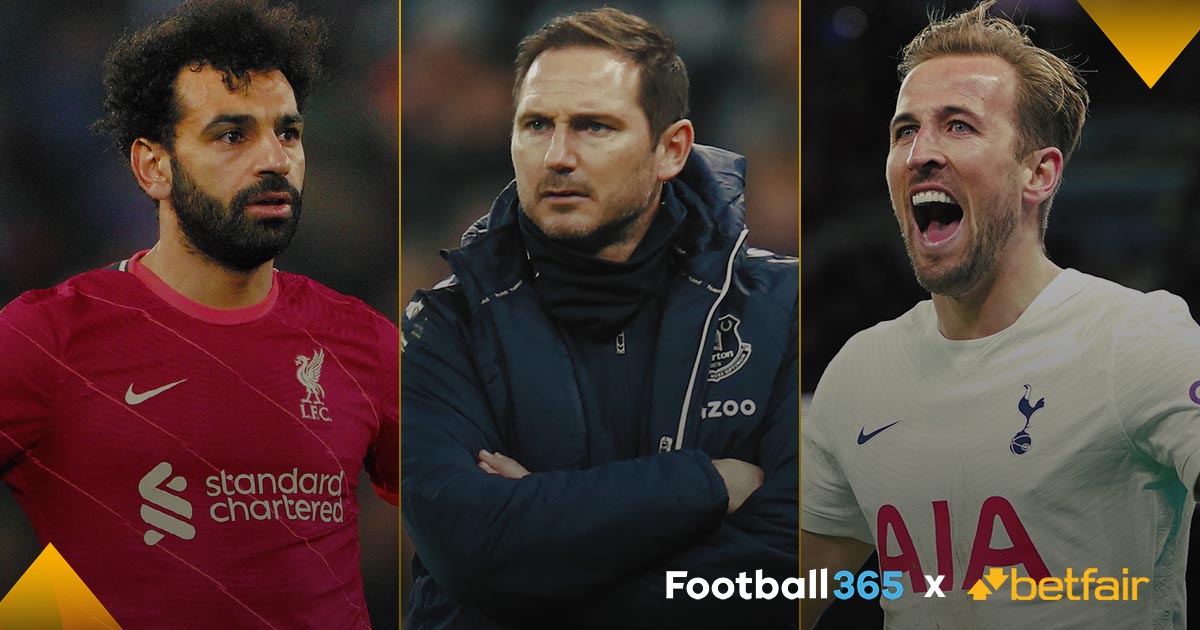 With some big games coming up this weekend in the Premier League, Cheeky is back to preview all the action and give you his best tips, with odds from Betfair throughout.

Brighton v Liverpool
Mad that Liverpool have the three leading scorers in the Premier League as things stand. Mo Salah (19), Sadio Mane (12) and Diogo Jota (12). Brighton are 11/2 to win this but would you part with any cash – especially in the current climate – at said odds? Money is tight for everyone now in these troubled times. Take the Shell garage near me. £1.71 for litre of diesel! WTAF? Definitely mixed with Kia-Ora juice as well.

The Seagulls have fallen right off the pace and deserved to lose against Newcastle last time out. They’ve lost their last four and only scored one goal during that period. The Reds to win this by more than two goals looks a proper tempter at 7/2. They are flying in the league and can give Brighton a proper spanking in Saturday’s early kick-off.

Brentford v Burnley
One point from a possible nine from Burnley means they are still dancing with the devil at the wrong end of the table. They’ve also managed just one away win all season. This reeks of a low-scoring stinker and I would not put any red-blooded punter off having a few shekels on the draw. The Clarets have drawn 12 of their 26 matches so far. So there’s that….

Manchester United v Tottenham
Is Roy Keane right then? Do Manchester United need a clear-out? United’s former skipper, who won 13 trophies in his time at the club, gave a typically opinionated critique on Ralf Rangnick, Cristiano Ronaldo, dressing room egos, players giving up and players who should be put in the bin after their collective disappearing act against Manchester City last Sunday. Will the club listen? Probably not.

The Red Devils face a huge test against Tottenham on Saturday. Spurs know a win would put them above Rangnick’s men, and a top-four finish is still very much on the table for both sides. Tottenham are a tough team to get on the right side of, as they showed in the space of a week by winning at the Etihad before blowing up against Burnley. You just don’t know what you are going to get from this Spurs side at the moment, but Harry Kane’s recent form has been ominous. Big H moved ahead of Arsenal legend Thierry Henry in the all-time Premier League goalscoring charts after that brace against Everton, and am horny about the 4s that he scores first at Old Trafford.

Chelsea v Newcastle United
Eddie Howe is some boy, isn’t he? The blonde bastard might look like the type of geezer who wants know which artisan made his shoes or his boutonniere, but his Newcastle side have won six of their last seven and the club are suddenly looking up instead of down. The lazy narrative is that it is Newcastle’s spending in January that is keeping them up. Haddaway n shite man! Money didn’t transform the displays of Messrs Joelinton, Fraser, Schar and Willock. A good manager did.

Chelsea is a clear move up in terms of opposition class, and the Blues cruised to a 3-0 win in the reverse fixture earlier this season on Tyneside. However The Mags are a team transformed under Howe, and rather than get involved with a lump on Chelsea at 1/3 (which looks laughably short) they play here is backing ‘Overs’. Tommy Tuchel’s men have scored at least two in four of their last five games and you can get 7/4 with Betfair that this game features more than three goals.

Everton v Wolves
The Premier League table is grim reading for Everton fans currently. Frank Lampard inherited a mess when he succeeded the much-maligned Rafa Benitez, they’ve spent massive money and have a huge wage bill. The fear is they are “doing a Leeds,” a phrase which is synonymous with the potentially dire consequences for domestic clubs in financial mismanagement. Bottom line. If Everton don’t shape up, and soon, soon they could lose their top-flight status.

The good news? They’ve done their best work at Goodison and could have been getting Wolves at the right time before Bruno Lage’s men thwacked Watford to end a run of three straight defeats. But they were proper shite against Crystal Palace. Five of the Toffee Mens’ six wins this season have come at HQ and with no great conviction I tentatively back them to win this at 5/4.

Betting: Everton to win at 5/4 (Betfair)

Leeds United v Norwich City
Leeds are another club sat on the precipice, and know from painful experience that the “too good to go down” theory is a load of old b*llocks. Let’s have it right. They played well against Leicester and were unlucky to lose 1-0 last weekend. The same cannot be said for a 3-0 home defeat to Aston Villa in midweek.

Jesse Marsch says he is committed to the Leeds United job regardless of whether or not they suffer relegation this season. They’ve not really splashed the cash in the same way Everton have but relegation would be a huge blow.

This is a must-win territory for the Whites, who need to stop the bleeding. Norwich know a win puts them back in the survival picture, but they’ve also been terrible in recent matches. The home win will be popular, but even the Last Outlaw of Sports Gambling cannot tip a Leeds side at 4/7 (even with their new 4-2-2-2 system) when they’ve lost their last six and shipped a record number of goals in the month of February. I fancy a Desmond.

Southampton v Watford
The Saints threw in a shocker against Villa last time out but should rebound and claim three points at St Mary’s against a struggling Watford. Southampton won the reverse fixture 1-0 and are simply a better team collectively than the Hornets. Southampton have lost just twice at St Mary’s this season and am happy to have a tickle on Che Adams scoring first at 4/1. As an aside, Jimmy Nail going “she’s lying” is one of the greatest things to ever happen in pop music.

West Ham v Aston Villa
Philippe Coutinho inspired Steven Gerrard’s Aston Villa to an emphatic 4-0 romp over Southampton, scoring one of the goals and setting up another. Coutinho was “simply unplayable”, according to a man who knows a thing or two about the Premier League, its record goalscorer Alan Shearer. The Brazilian then opened the scoring in a 3-0 rout of Leeds.

Coutinho has been on fire, particularly at Villa Park, but I see no reason not to have another go on him at 7/2 to score at West Ham. The Hammers were a bit unlucky in the end not to get something from their recent trip to Anfield, but they are leaking goals and Coutinho is all class lately.

Arsenal v Leicester City
Are the Gunners now favs to finish fourth after that win against Watford? Still a fair way to go but they are playing really well and for me the real reason they are in the box seat now for a top four finish is due to the continued artistry of Bukayo Saka. Saka has been involved in 13 goals in the Premier League this season, which is more than any other player aged under 21 (eight goals, five assists). The Gunners beat the Foxes 2-0 earlier in the season but for me both teams to score looks a f**king lock here at 4/6. Leicester have failed to score in just one of their 12 Premier League away matches this season.

Betting: Both teams to score at 4/6 (Betfair)

Crystal Palace v Manchester City
The standards Man City have set this season have been nothing short of phenomenal. The ease with which they put local rivals Manchester United in the bin last weekend showed just how much strength in depth they have and how they ooze quality. The Eagles have found the net in 12 of their 13 home matches in the league this season so how is Manchester City to win and both team to score a bad bet, like?

Betting: Manchester City to win and both team to score at 9/5 (Betfair)