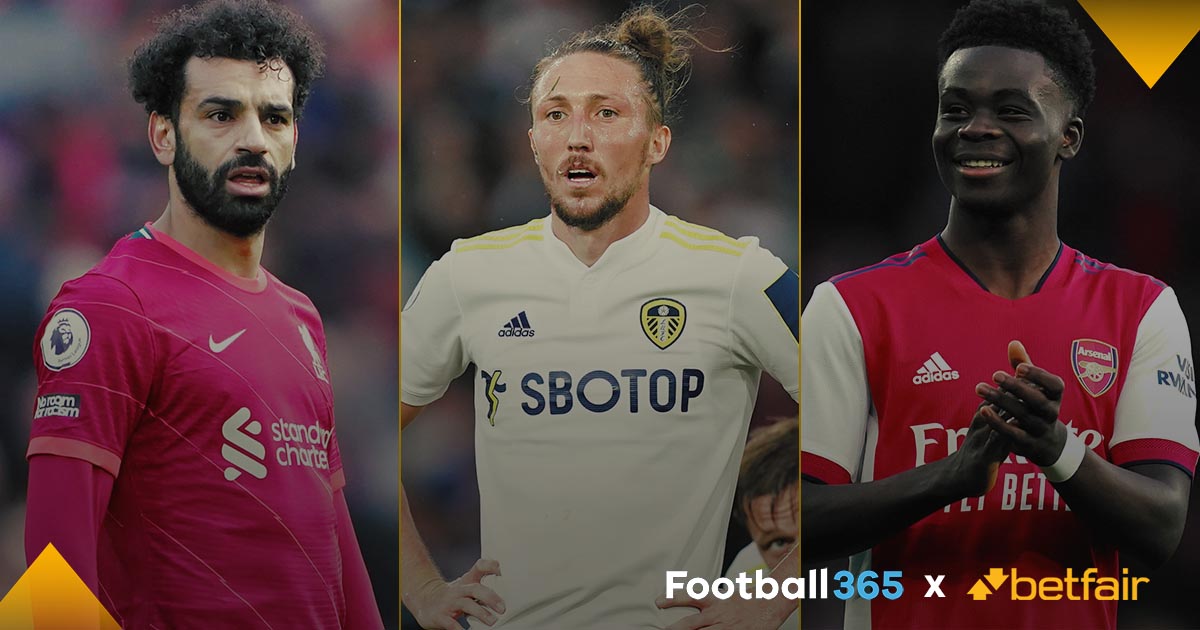 Cheeky is here to preview all of the Premier League action and give you his best tips, with odds from Betfair throughout.

Leicester City v Leeds United
Leicester were absolute quality against Burnley the other night and good value for that 2-0 win. It’s all been going off at Leeds of course. Goodbye Marcelo Bielsa. The man who ended 16 years of hurt at Elland Road has been dismissed. You would think the club may have shown a bit more loyalty to ‘El Loco’ but it’s a results business and Saturday’s 4-0 defeat by Tottenham meant they had lost their past four games by an aggregate score of 17-2. Indeed Leeds conceded 20 goals in February. F**king 20!!

A new boss has since been named of course. Jesse Marsch (I said that in ‘Macho Man’ Randy Savage’s voice by the way) once won the Austrian Bundesliga and Austrian Cup with Red Bull Salzburg. Lets freaking go Jesse! No way he doesn’t start with an ‘L’ this weekend though. Leeds are defensively outrageous at this present time. Shout out to Jamie Vardy also. Since his Premier League debut on 31 August 2014, the Leicester striker has been directly involved in 168 goals (128 goals, 40 assists), a haul only bettered by Harry Kane over the same period.

Betting: Leicester to win & Over 1.5 goals at evens (Betfair)

Aston Villa v Southampton
Been doing this column for a number of years now but even the ‘Last Outlaw of Sports Gambling‘ needs to move with the times so let’s get down with the kids and have ourselves a ‘bet builder‘ here (first one in the history of Cheeky Punt by the way). Am shouting Che Adams anytime goalscorer (11/5), Over 2.5 goals (4/6) and Goal Scored in Both Halves – Yes (4/6).

Southampton are unbeaten in five Premier League matches and Adams grabbed his third goal in four games as the Saints brushed Norwich aside last time out.

Burnley v Chelsea
Burnley squandered the chance to escape the bottom three for the first time in months by losing to Leicester, and in truth looked a bit jaded having played a lot of football recently.

Been a bad week for poor Thomas Tuchel, with the media quite ludicrously asking him to answer questions about Roman Abramovich and the war in Ukraine just days after he took pelters for his decision to sub on Kepa for Mendy for the penalty shootout against Liverpool at Wembley. The Blues go off as warm jollies here, with Chelsea having won six of their seven Premier League matches at Burnley, drawing the other. I’d personally rather be on both teams to score at Turf Moor rather than taking 1/2 or worse about the away win.

Betting: Both teams to score at 6/5 (Betfair)

Newcastle United v Brighton
Mad what’s going on now at Newcastle. Joelinton is a player reborn and has become the unlikely poster boy of Eddie Howe’s Newcastle revolution. I was left thoroughly unimpressed by the Magpies’ January signings, but that’s why I’ve never previously been linked with the England job and yer man Eddie has.

The Mags have never won in nine previous Premier League meetings with Brighton (D5 L4), but there’s a real mood of optimism on Tyneside right now and I reckon the Toon look a thoroughly decent punt here at 13/8.

Norwich City v Brentford
Here’s a bold shout… Brentford get relegated (currently a 13/5 shot with Betfair). Their recent form has been pathetic and whoever loses this can start packing their bags for the Championship quite frankly.

Norwich won the reverse fixture earlier in the season and can strike again at Carrow Road. Since beating Aston Villa 2-1 in January, Brentford have picked up just one point from their last 24 available in the Premier League. Home win. Am very bullish.

Wolves v Crystal Palace
Palace are averaging 1.4 goals per match in the Premier League under Patrick Vieira (37 goals in 27 matches). Vieira was odds-on favourite to be the first manager sacked back in August and Crystal Palace were getting freely backed to be relegated back then.

With Bielsa going that’s nine Premier League managers sacked in a Premier League season that still has 11 games left to go (for the Eagles anyway) and Vieira is still standing. Going along quite nicely in the league and into the hat for the next round of the FA Cup. l’homme au sommet.

Liverpool v West Ham
Mo Salah is literally the man, isn’t he? The Egyptian King has scored nine goals in his nine Premier League matches against West Ham, scoring once in all four of his meetings with them at Anfield.

He’s miles clear in the Premier League Golden Boot race and I simply cannot put anyone off punting him at 13/5 to score first this weekend.

Watford v Arsenal
That late 2-1 win over Wolves leaves Mikel Arteta’s Arsenal just two points off fourth-place Manchester United, with two games in hand over their big rivals. The north London giants have failed to score just once in their past 12 league matches.

Watford picked up a welcome point at Old Trafford but I’m still not sure how that one finished 0-0. They don’t offer much my way of attacking threat so my cash is going down heavy this weekend on Arsenal to win to nil. Emile Smith Rowe and Bukayo Saka are classy players and will drive Arsenal to victory in this one.

Betting: Arsenal to win to nil at 7/5 (Betfair)

Manchester City v Manchester United
Time and again the Red Devils have flattered to deceive this season. One step forward. Two back. I had a sizeable wager on them beating Watford last weekend so am clearly bitter. Ronaldo is obviously not the force of old. Ralf Rangnick has major doubts about the prospect of CR7 leading the line for Manchester United next season. And he’s not the f**king only one. Their shot count has been off the charts in recent weeks but they’ve failed to put away some very iffy opposition (draws against Watford, Burnley and Southampton and dumped out of the FA Cup by Middlesbrough). I would not back them – even at 15/2 – with stolen money this Sunday.

Big game at the Etihad purely because after six wins on the bounce Liverpool have clawed themselves right back into title contention. The gap at the top is six points but the Reds have a game in hand. For their part Manchester City have conceded the least goals (17) in the Premier League this season and United are struggling to find the old onion bag. The Citizens will dominate possession, and Pep will be all erratic hand signals, 5 o’clock shadows and pert buttocks on the bench. With this in mind, ‘Unders’ is not the worst shout in the world.

Tottenham v Everton
Half a billion quid spent in five years and only Burnley are keeping Everton out the bottom three! Just let that sink in. Tottenham were absolutely shite against Middlesbrough the other night. Still baffles me sometimes how Harry Winks is a professional footballer, while my own dreams died in a haze of Tizer and Wham Bars age 14 when I discovered soft core pornography on my mam and dad’s Sky satellite dish.