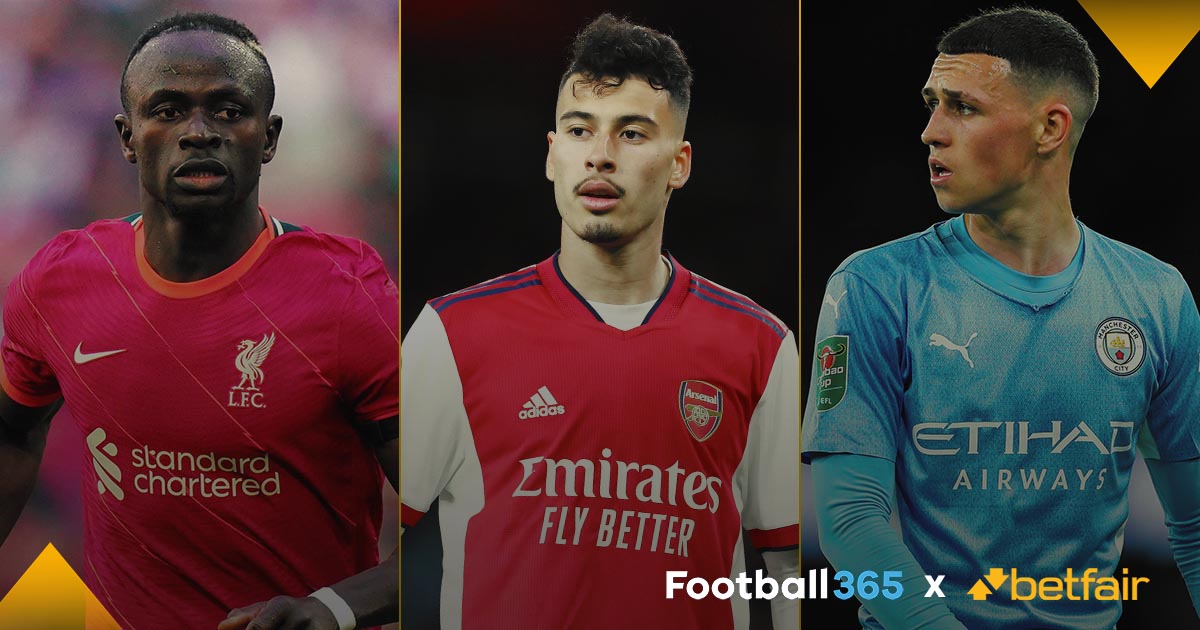 We’re back for some midweek Premier League action and Cheeky is here to preview all the action and give you his best tips, with odds from Betfair throughout.

Liverpool v Manchester United
The big games just keep on coming for Liverpool and they will be desperate to pick up where they left off in what – when you get right down to it – remains the hottest rivalry in English football. When these teams met at Old Trafford in October Liverpool won 5-0, Mo Salah crowning an outstanding individual display with a hat-trick and an assist. The Reds’ recent form has been simply irresistible, and it will be interesting to see how they cope with the threat of Cristiano Ronaldo.

At the weekend Ronaldo was busy bagging a 60th career hat-trick, which also took him to 20 goals in all competitions this season. That’s 16 seasons in a row that Ronaldo has scored 20 or more club goals in all competitions and that treble against Norwich also moved him on to 99 career Premier League goals. The numbers, as always, are phenomenal. But Liverpool are not Norwich City.

Manchester United have conceded 44 Premier League goals this season, which is a huge worry going into a game against Liverpool who have eye-watering options in attack. There’s no easy way to say this to United fans. What’s coming is a world on fire. And it’s coming this Tuesday night.

Chelsea v Arsenal
Arsenal‘s season is unravelling at a rapid rate of knots. They’ve lost three on the bounce but thanks to Tottenham going all ‘Spursy’ again at the weekend are still in with a puncher’s chance of finishing in the top four.

Don’t be shocked if they serve it up to Chelsea here either. They beat the Blues 1-0 at Stamford Bridge last season and even though logic dictates that Chelsea (currently 10/11 to win) should claim three points we’ve seen enough shocks in recent weeks to conclude that there are no formalities in the Premier League.

Thomas Tuchel’s men have played a lot of football and it’s only a couple of weeks ago they were being splattered 4-1 by Brentford on home soil. As Ol Blue Eyes himself once crooned ‘ Ooooh that’s LIFE, that’s what all the people say; your flying high in April, shot down in May….’

Everton v Leicester City
‘Pereira OUT, Lampard IN’: Is this now infamous Banksy-esque Everton fan graffiti on a wall at Goodison going to relegate the Toffees? They are clearly not out of the woods yet but could be getting Leicester at a good time here.

The Foxes fell to a 2-1 defeat to Newcastle on Sunday and look like a side who have put all their eggs into a neat little UEFA Conference League basket. The teams played out a 1-1 draw in January but preference is for Everton to build on that priceless recent win over Manchester United by claiming another big three points.

Newcastle United v Crystal Palace
Brazilian schemer Bruno Guimaraes said he wants to be a Newcastle legend after scoring both goals as the Mags came from behind to beat Leicester and edge closer to Premier League survival. The Geordies are not going down from here, are they? Eddie Howe has done an unbelievable job to turn Newcastle’s fortunes around and Guimaraes is a standout 9/1 with Betfair to score first against the Eagles. His name is Guimaraes and he dances on the sand…

Manchester City v Brighton
Brighton going LLLLLLD and then completing the North London double on back-to-back weekends against Arsenal and Tottenham is surely just f**king trolling? I had a ton on the Brentford, Manchester United and Arsenal treble on Saturday paying better than 5/1 and am still not over it.

Brighton have got their work cut out at the Etihad mind, with Man City desperate to hold onto their one-point advantage at the top of the table. When these teams met at the Amex in October Phil Foden was sensational. Having been deployed as a false No 9, his intelligence and movement were too much for the Seagulls. Foden is 6/4 to score anytime on Wednesday night. 6/4? I can respect it.

Burnley v Southampton
Big ass game this down at the bottom for Burnley. The Clarets sacked boss Sean Dyche on Friday but remained resolute in claiming a 1-1 draw at West Ham. Burnley gave Dyche £21million (net) to spend since the start of the summer 2017 transfer window. Investment in the squad was laughably low. He somehow kept them in the Premier League for six seasons. £21million in the current climate by the way buys you Pogba’s underpants. Home win.