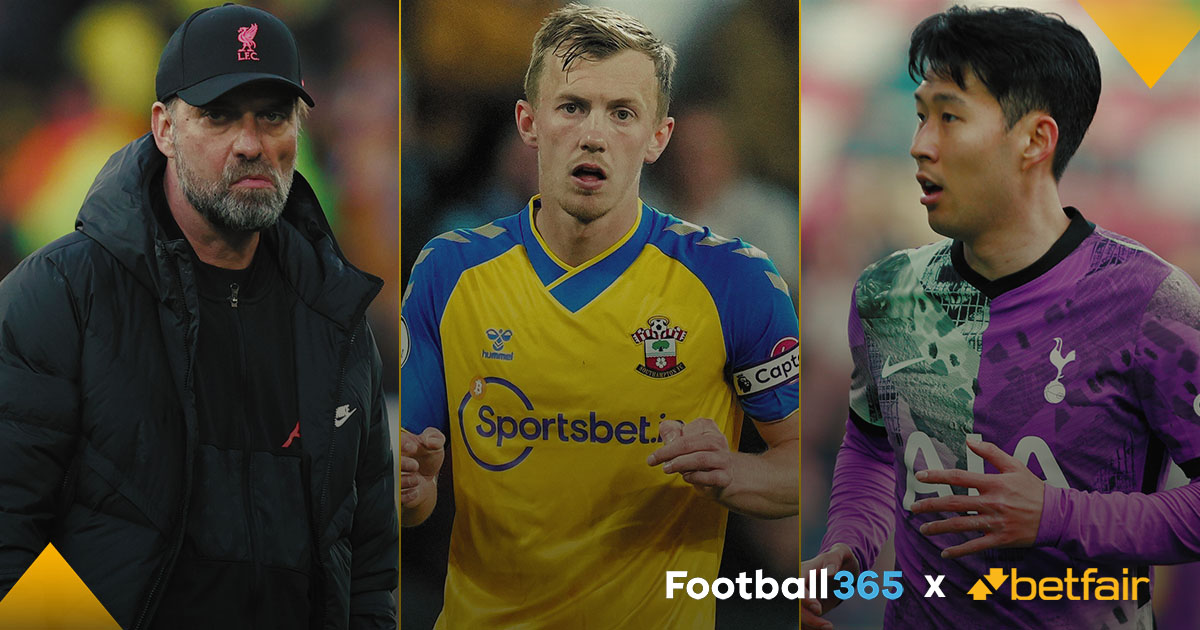 The Premier League looks mouthwatering this weekend and Cheeky is back to preview all the action and give you his best tips.

Newcastle United v Liverpool
What a game to kick off the weekend Bank Holiday shenanigans. Liverpool trail Manchester City in the title race by a point but are in action first, and face a stiff test in the shape of the Toon. Newcastle are in great form at home. Four wins on the bounce and they have only shipped a solitary goal during that run. Make no bones, people, Newcastle away is one of the toughest games left on Liverpool’s fixture list as they look to finish above Manchester City in the title race.

Jurgen Klopp’s all-stars remain in the hunt for an unprecedented quadruple of course, and now have a foot in the Champions League final following Wednesday’s 2-0 win over Villarreal. They made it 14 Premier League games unbeaten with victory over Everton in Sunday’s Merseyside derby, but are perhaps a bit on the short side at 4/9. The Mags have claimed two draws in their last three matches against Liverpool, and the draw looks a real runner here at 18/5.

Villa won 2-0 at Carrow Road so can probably just about be trusted to prevail over the Canaries, who are shipping 2.1 goals a game this season on average and won’t relish the mooted return of Danny Ings. Not having Villa at 4/9, like. Ings looks a better shout at 7/2 to score first. The 29-year old has not hit the heights this term, but can add to his five Premier League goals by grabbing the opener at Villa Park.

Southampton v Crystal Palace
These two have played 25 times in Premier League history and the Saints have only lost four against the Eagles. The teams played out and entertaining 2-2 draw back in December, but away from the 1×2 markets I like the look of James Ward-Prowse to score.

Manchester United legend David Beckham converted 18 direct free-kicks when gracing the Premier League stage. This is a record but yer man Ward-Prowse is chasing that record down and is now up to 14 himself after that delightful dead-ball strike against Brighton. He has the ability to dig the Saints out of almost any hole at times and 3/1 about him notching anytime here looks decent.

Watford v Burnley
Back-to-back wins have taken Burnley out of the drop zone while simultaneously making Everton fans sh*t their pants. Another win this weekend could actually take the Clarets above Leeds. I fancy the away win, with Watford in a pickle sat as they are fully nine points off safety with just five games left.

Let’s just say Roy Hodgson’s reign as Watford manager won’t be shifting many DVDs in the Club Shop when the time comes for him to leave Vicarage Road. Burnley under Mike Jackson though? Phew, mush. They’ve took seven points from a possible nine and look worth a go on Saturday.

Wolves v Brighton
Wolves have not recorded a draw in any of their last 15 outings and don’t look a bad price to win on Saturday. In other news my electricity bill has gone from £58 a month to £191 a month. It’s absolutely nailed on the Chihuahua most be blasting his balls all day with the hairdryer while I am at work.

Leeds United v Manchester City
Manchester City march on and the champions have conceded just eight goals in 16 away league matches this season.

For their part Leeds are looking to keep three consecutive clean sheets for the first time since August 2002 this Saturday. Shame it’s Man City next then isn’t it? The Citizens were involved in maybe the best Champions League games of all-time the other night, edging Real Madrid by the odd goal in seven. Panenkas? Fernandinho jibbing about as an emergency wing-back? What the f*ck was all that about?

Pep Guardiola’s men won the reverse fixture 7-0 of course, but Jesse Marsch has since steadied the ship since taking over from ‘El Loco’ and The Whites are on a five-match unbeaten run as things stand. They are not scoring many though so the shout here is for Pep’s mob to pass them to death and win without conceding.

Betting: Manchester City to win to nil at 11/8 (Betfair)

Everton v Chelsea
The Toffees have won each of their last three Premier League home games against Chelsea, and Blues fans around the world will have everything crossed that they can make that four straight win on Sunday. It is 23 years since Everton were in the Premier League relegation zone at this stage of the season, but to say it’s now squeaky bum time would be understating their perilous position.

Frank Lampard’s side, currently inside the bottom three, have three home games remaining, the first of those coming this weekend against his former club Chelsea. It is a must-win territory now for Lampard. Parking the bus and hanging on for the odd point here and there won’t cut it from here.

Goodison will be no more in a couple of years as Everton look to move to Bramley-Moore Dock, but the old ground will be bouncing this weekend. For a while anyway. Until Chelsea score.

Tottenham v Leicester City
Harry Kane has bagged 18 goals in 17 appearances against the Foxes in all competitions, more than he has notched against any other opponent in a career that just keeps getting better and better. Leicester don’t have much left to play for domestically and Spurs – who have hit 13 goals in their last four home matches in the league – should get it done.

Betting: Tottenham to win & both teams to score at 9/5 (Betfair)

West Ham v Arsenal
My old man reckons Elon Musk was able to buy Twitter because he doesn’t spaff north of £200 on pubs and footy coupons every weekend. I beg to differ. Elon, if you are reading this old son, get on Arsenal at 3/4. $44billion wins $33billion. Obviously, I would want a little drink when it hoses up.

West Ham have some proper personnel problems at centre back due to injury and suspension, and it’s worth remembering that Arsenal have won more Premier League matches (50) in May than any other side. Their top four fate is back in their own hands and they look good things at a shade under evens.

Betting: Arsenal to win at 3/4 (Betfair)

Manchester United v Brentford
Erik ten Hag has got a huge rebuilding job on his hands, hasn’t he? Too many mediocre players on mega money who are merely going through the motions. Their season has implodes and prior to Thursday’s clash with Chelsea the Red Devils had only won two of their last eight. United apparently want to sign a centre-back in the summer to shore up a defence that could end with worst top-flight record since 1978-79.

They are bleeding goals at the back and Brentford have managed 23 in just 17 away matches to this point. With this in mind both teams to score looks the lock of all locks at 4/6.

Betting: Both teams to score at 4/6 (Betfair)