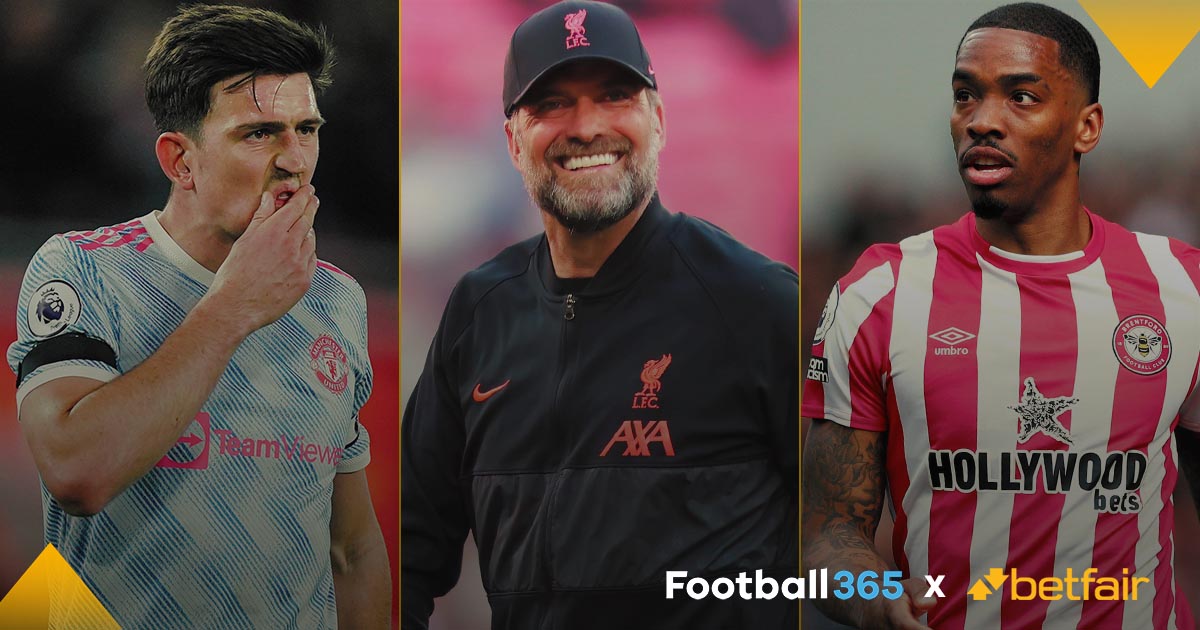 The Premier League returns this weekend and Cheeky is here to preview all the action and give you his best tips, with odds from Betfair throughout.

Arsenal v Manchester United
Many moons ago, this game, played in this month, was invariably a title decider. In 2022 though, these two are scrapping for fourth and it ain’t pretty. The Gunners are leaking goals and until Wednesday not scoring them, but credit where it’s due: they were absolutely brilliant at Chelsea the other night. Always knew Eddie Nketiah was a superstar, me.

United were a shambles on Tuesday night. Indeed every aspect of Liverpool’s overwhelming wins against the Red Devils this season – 5-0 at Old Trafford and 4-0 at Anfield – underlined the chasm that has grown between the clubs. A dysfunctional dressing room; players who clearly do not want to be there; Roy Keane losing his sh*t on a weekly basis. F**king good luck to Erik ten Hag, I say.

Arsenal’s home form is better than Manchester United’s away form. Yet this feels like a game in which both sets of players will no doubt be keen to show that they are marginally less shambolic than their underwhelming opponents. Home win. I think.

Leicester City v Aston Villa
If Brendan Rodgers comes out and says Leicester are focusing on this and don’t have an eye on that huge Europe Conference League clash with Roma next week then he’s telling porkies. Villa remain the only Premier League club without an away draw this season, so let’s go there.

Manchester City v Watford
The Hornets have lost 22 matches this season and are averaging just 0.9 goals per game, so even though we’ve seen a few shock results in the Premier League this season, Pep’s mob losing this is just unthinkable. The layers agree with Man City as short as 1/14 in places in the 1×2 market.

The Citizens have won their last 14 matches against Watford and are averaging over 3.5 goals a game in that time. I reckon this finishes 3-0 or 4-0 and Guardiola’s sh*t-eating grin at full-time has poor Roy Hodgson crying on the inside. Hodgson has been an unmitigated disaster at Watford. They are probably worse than when he took over. Not sure why he’s not getting more pelters to be fair, other than the fact he’s 600 years old and a thoroughly nice bloke.

The Canaries are shipping 2.1 goals per game as it stands, are bottom of the pile and all set to trade places with Fulham in the Championship. Feels like an unwritten rule in football that Norwich and Fulham will never be in the same division at the same time. The Mags are improving and are all but safe now, having hit the magical 40-point mark, but they can’t really be trusted on the road, having taken just 13 points from 16 away games so far.

Brentford v Tottenham
Spurs blew a huge chance last weekend after losing to Brighton and face a tough test here against Brentford. Having failed to register a single shot on target last Saturday against the Seagulls, I can’t advocate wading in at odds-on here. Also, I don’t wish to add to everyone’s mental load with what is going on in the world right now: Ukraine, Rwanda, petrol, gas and electricity prices. However I genuinely think they are making socks harder to put on your feet. I said what I said.

Brighton v Southampton
Incredibly, Brighton have won more points in north London than they have at home in 2022 but I fancy them to win this and stay on course for their best-ever finish in the Premier League.

They played well for an hour at the Etihad in midweek. A Liverpool fan whose also my pal text me at 20:57 on Wednesday night saying ‘If City v Brighton stays 0-0 I’ll get a tattoo of Graham Potter on my arse.’ I’m yet to reply.

Burnley v Wolves
Sean Dyche leaving Burnley had nothing to do with him allegedly chugging unleaded petrol and eating sandpaper sandwiches, but time will tell whether it was the right call. The 1-1 draw at West Ham was encouraging but they really need a result here – and by result I mean a win.

Wolves will be fresh having not had a game since April 8. With very little belief or self-assurance I’m going to row in on the away win which simply looks overpriced at 13/8. Also, Ruben Neves has the best hair in the Premier League, maybe the world.

Chelsea v West Ham
West Ham’s recent league form has been weak as p*ss. Their focus now, surely, will be on Thursday’s huge Europa League showdown with Eintracht Frankfurt, but they won’t fear this trip to Stamford Bridge after Chelsea suffered their third successive home defeat against Arsenal. That spell has seen them concede 11 goals and they’ve looked all over the place defensively. Chelsea’s defence without Antonio Rudiger and Thiago Silva (and Ben Chilwell) is sh*t.

Liverpool v Everton
The Blues picked up a priceless point in midweek thanks to Richarlison’s stoppage-time equaliser against Leicester. They might just have enough to stay in this division but they won’t have enough to see off a rampant Liverpool on Sunday. Everton have lost all six away games Frank Lampard has taken charge of so far and have been leaking goals during that run. They’ve also failed to score in six of the last nine Merseyside derbies.

Liverpool are now riding a 13-game Premier League unbeaten streak, the longest active run in Europe’s top five leagues, and should win this doing handstands. They are 1/6 to win. I didn’t forge my reputation as the most electrifying tipster in sports gambling by napping 1/6 shots. The shout here is a Reds win to nil. Compinches, let’s get that cream…

Betting: Liverpool to win to nil at evens (Betfair)

Crystal Palace v Leeds United
Say what you want about Leeds United this season, their games have seldom been dull. Matches involving Leeds this term in the Premier League are averaging 3.3 goals a game. They’ve not really tightened things up after binning Bielsa either, with 16 goals coming in their last five games. There’s always a crazy 3-3 draw played out on TV around this time of the Premier League season. This could be that draw.