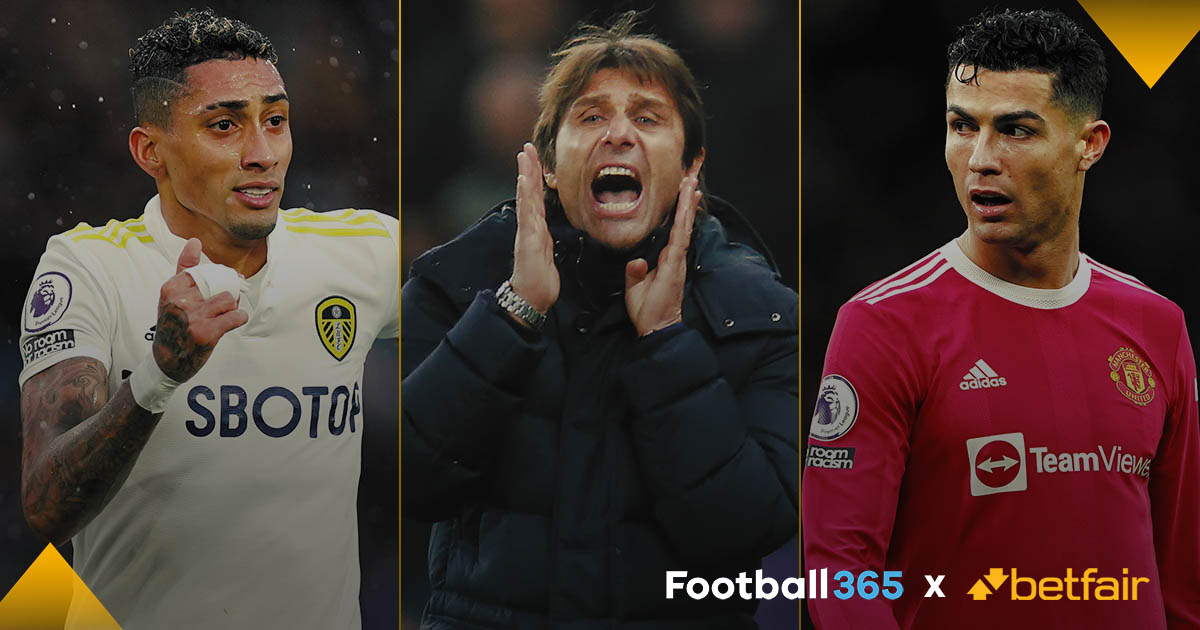 The Premier League dominates this weekend and Cheeky is back to preview all of the action and give you his best tips, with odds from Betfair throughout.

Manchester United v Southampton
Southampton produced arguably the best performance of Ralph Hasenhuttl’s tenure as they fought back to beat Tottenham 3-2 on Wednesday night, and so should be buzzing ahead of this trip to Old Trafford. The Red Devils could only manage a draw with basement boys Burnley in midweek, but despite a recent slump are 6/10 favourites to win the game, despite their poor run of form. Cristiano Ronaldo has now gone five games without scoring a goal, his longest drought in well over a decade. He’s a 5/2 chance to score first on Saturday, and that could be the way to bet.

Watford v Brighton
I can happily get excited at 11/10 quotes about a Brighton win here. Recent draws against Leicester and Chelsea showed plenty of promise, while Watford are just a point off the bottom after Saturday’s stalemate with Burnley.

Everton v Leeds United
Leeds like to press high and I feel they have a cracking chance of winning at Goodison against a Toffees outfit who faded badly after the break against Newcastle. “It’s a concern,” Frank Lampard said afterwards, of a team that have now lost four in a row in the league. Too right it is, Frank.

Brentford v Crystal Palace
Brentford have lost their last six so it’s somewhat surprising to see them chalked up as 8/5 favourites for this. Palace sit two points in front of the Bees in the table having played a game less, and I fancy an away win on Saturday. You can get a whopping 12/1 on Palace to win this 2-0, and with their vibrant forward line that’s a price that deserves a second look.

Norwich City v Manchester City
Man City extended their lead at the top of the Premier League to 12 points following victory over Brentford in midweek and the title race has turned into an absolute cake walk for Pep Guardiola’s men, who are 1/8 on to win at Carrow Road.

Riyad Mahrez scored his eighth goal in seven games in that one, and he could be worth a bet at 5/6 to score against the Canaries. Best winger in the world?

Tottenham v Wolves
Tottenham struggled to live with Southampton’s intensity the other night and surely can’t be trusted at 8/13 here? Wolves are no mugs and while I don’t quite have the bottle to pull the trigger on the away win at 9/2, I do reckon a punt on the draw at 11/4 could be the way to go in north London.

Newcastle United v Aston Villa
After a January of significant change for both sides, the Villa visit St James’ Park to take on the resurgent Magpies this weekend. Newcastle are aiming to make it three Premier League wins on the bounce and actually don’t look a bad price at 7/4. Allan Saint-Maximin was on a different planet against Everton the other night and if he can continue such mercurial for then the Toon can move another step closer to survival with victory here.

Betting: Newcastle to win at 7/4 (Betfair)

Burnley v Liverpool
Mohamed Salah may still coming to terms with the AFCON final but the brilliant Egyptian gets our vote at 2/1 to score first at Burnley. He’s been away for weeks but is still six clear on 16 in the Premier League top goalscorer charts and can add to that tally against the club who remain the bookies’ favourites to go down.

Leicester City v West Ham
West Ham’s recent form has been OK and they’ll be quietly confident of getting a result against a Foxes side whose form has been mega erratic this season. The Hammers are actually favourite in the 1×2 market to win on Sunday but I wouldn’t put anyone off taking a slice of the 9/1 on offer with Betfair about them winning 1-0.