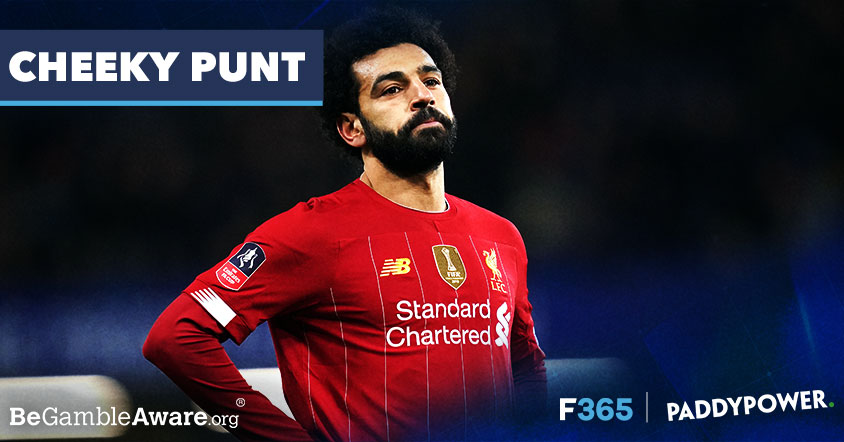 Cheeky is back with a host of bets for the weekend – including one for the huge clash: Liverpool v Man United. If you like all of Cheeky’s picks, Paddy Power’s Acca Insurance will refund all punters whose 4+ bet accumulators are let down by just a single selection.

Wolves v West Brom
So what to make of Sam Allardici’s start as West Brom boss? A point against Liverpool at Anfield was some effort, but it’s all gone a bit wrong since then. Back-to-back shellackings against Leeds and Arsenal and then dumped out of the FA Cup by Blackpool. Wolves are not in rare form themselves but if you take a slice of the Baggies at 13/2 here you are a braver punter than I.

Leeds United v Brighton
Rumours that the police were at Marcelo Bielsa’s door this week for making an unnecessary journey during lockdown – specifically to Crawley last Sunday – proved unfounded, but the Yorkshire giants need a response here. Scintillating. Intense. Impressive. Baffling. Confusing. Disappointing. Leeds have been all of these things this season and more. A win for both teams would be huge but I trust Leeds and their cavalier style to bounce back and claim all three points.

West Ham v Burnley
It’s not been a fun season for Burnley fans, with their team averaging 0.56 goals per game. And when you are also conceding 1.31 goals per game, over the long haul, the result is usually relegation. West Ham’s physicality remains a key feature of their play, and they can grind out a result here against Sean Dyche’s men, who failed to register a single shot on target until stoppage time against Manchester United the other night.

Fulham v Chelsea
A west London derby between two teams who should have met in midweek (bloody Covid). Craven Cottage lies just a mile down the road from Chelsea’s Stamford Bridge stadium, but it won’t be easy for Fulham, who’ve beaten the Blues just once in 28 Premier League attempts. But the Cottagers will fancy their chances with Chelsea in the midst of a poor run. Frank Lampard’s legendary status at Chelsea will not save him from the sack if results don’t improve and this is a game he simply cannot afford to lose. Big-money signings such as Timo Werner and Kai Havertz have yet to set the league on fire and they look a bit on the short side here at 2/5. Fulham have drawn their last four top-flight matches and are scrapping for their lives down at the bottom. You can get 9/5 that they either draw or win this and I’m happy to have a go at said odds. Aleksandar Mitrovic is known as ‘Mitro’. Lad at work gets called ‘Spider‘ because he went shopping one day and bought four pairs of jeans.

Leicester City v Southampton
It rained goals at a wet St Mary’s Stadium last season as the fantastic Foxes smashed nine past Southampton without reply. But Saints got a tiny bit of revenge by winning the next renewal between the two teams 2-1 at the King Power, almost exactly a year ago. Both teams are in decent-ish form but I would rather back Southampton at 3/1 here than lay them.

Sheffield United v Tottenham
Sooooo….we need to talk about Harry Kane and Son Heung-min. Following Wednesday’s clash with Fulham, Kane and Son have scored 23 of Spurs’ 30 Premier League goals this season. That’s f**king obscene! Is there an argument that Mourinho’s Merry Men are now too reliant on the aforementioned duo? Probably, but that won’t stop me having a dabble on Son at 4s to score first at Bramall Lane.

Liverpool v Man United
Absolute colossal clash this. The biggest game of the season and a rivalry not just about football but one that encompasses a wider inter-city hostility. Anfield boss Jurgen Klopp stoked the fire the other week ahead of Manchester United’s trip to Merseyside by bizarrely comparing penalty records after Liverpool’s defeat at Southampton. Do you want some chips with that salt, Jurgen? His mood won’t have improved either as the Red Devils have since gone top of the table for the first time after New Year’s Day since 2013, and it’s been a quite astonishing turnaround in the last two months truth be told by United. Yet my hunch is Mo Salah could steal the headlines this weekend. When the Egyptian arrived at Liverpool for a then club-record fee of £36.9 million in 2017, few could have expected him to have the impact he’s gone on to have; 88 goals in 137 Premier League appearances later and he has now firmly established himself as a club legend, up there with King Kenny and Stevie G. He’s 4/1 to score first and tends to show up in these kind of fixtures. Even without fans, it’s going to be quite the spectacle.

Manchester City v Crystal Palace
It’s a bit mad that Phil Foden is City’s top scorer across all competitions this season with eight goals. A player with the world at his feet. The best youngster in the Premier League by a mile and you can f**king quote me on that. Pep will be purring as his team are flying just now after winning their last seven. John Stones and Ruben Dias have struck up a formidable partnership at the heart of Manchester City’s defence and they are odds-on to win to nil this Sunday. However I just have an inkling, my spider senses tingling, tingling and telling me that Palace, inspired by their maverick forward Wilfried Zaha, will notch in an entertaining game.

Arsenal v Newcastle United
Toon fans are still raging at how Steve Bruce set his team up against Sheffield United in midweek. The Geordies have scored once in six games. It’s all a bit of a shambles right now. I called it weeks ago but this club is sleep-walking into the Championship. If you prick us, do we not bleed…. If you poison us, do we not die? Et tu Brucey?

Betting: Arsenal to win to nil at 5/4 (Paddy Power)