Home All The News Chelsea 0-0 Manchester United: Goalless draw at the Bridge 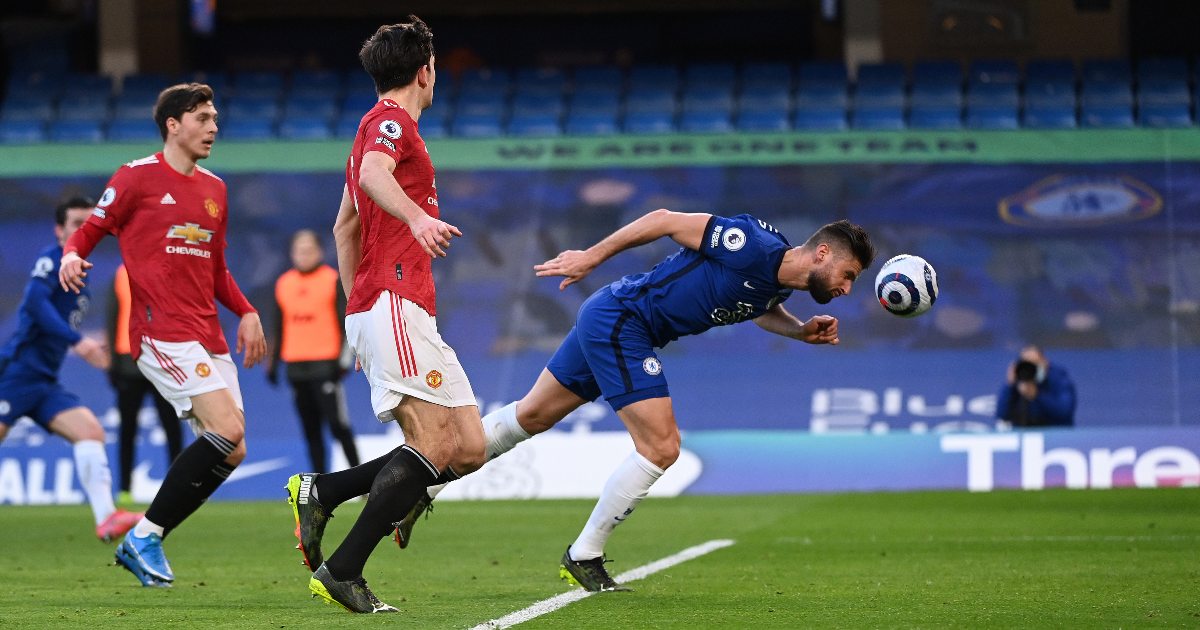 Chelsea miss a chance to move back into the top four as they are held by Manchester United at Stamford Bridge.

The Blues threw in all their attacking personnel and every novel idea from new boss Thomas Tuchel but could not force a breakthrough against Ole Gunnar Solskjaer’s resolute Red Devils.

Striker Tammy Abraham missed out entirely with an ankle concern, and the Blues also lost Callum Hudson-Odoi at half-time to a potential thigh injury.

In-form striker Olivier Giroud was unable to make the most of two promising first-half openings, while Hakim Ziyech, Christian Pulisic and Timo Werner all tried and failed to find the back of the net.

The draw proved by far the better result for United, who were able to hold onto second spot in the league table.

Fifth-placed Chelsea were left to rue another match under Tuchel boasting dominance in both possession and territory – but one severely lacking in cutting edge.

Chelsea started brightly and United required a fine headed intervention from Luke Shaw to thwart Giroud, who was lurking at the far post waiting to nod in Mount’s smart cross.

Hudson-Odoi avoided conceding a penalty, but only after a VAR check on a possible handball.

The young England winger then flashed a volley just wide after powering through the inside right.

Toni Rudiger’s outrageous pirouette and raking 50-yard ball allowed Hudson-Odoi the opportunity to whip in a dangerous cross, and Giroud was only inches away from connecting with a diving header.

The clash then limped along to half-time, at which point Hudson-Odoi was withdrawn with an apparent thigh problem.

The 20-year-old was seen with strapping and ice on his right leg after the interval.

Reece James was pitched into the fray in the right wing-back role, with Ziyech continuing alongside Giroud at the top of the pitch.

Chelsea attacked from the off after the break however, and Ziyech forced a solid save from David De Gea.

United were quick to offer a riposte however, with Mason Greenwood driving just wide from 20 yards.

Edouard Mendy then had to make a good stop from Scott McTominay, as United started to capitalise on Chelsea’s greater attacking endeavour.

Pulisic replaced Giroud with almost 20 minutes to play, as Chelsea continued to chase a breakthrough.

Former RB Leipzig striker Werner proved the final roll of Tuchel’s dice, but the £53million summer recruit was just as powerless as anyone else in blue to break the deadlock.

Taskmaster boss Tuchel repeatedly shouted at Werner in his short cameo, with the Chelsea boss desperate to push the big-money signing into form.