Home All The News Chelsea 0-1 Porto (2-1 agg): Blues progress through to the semi’s 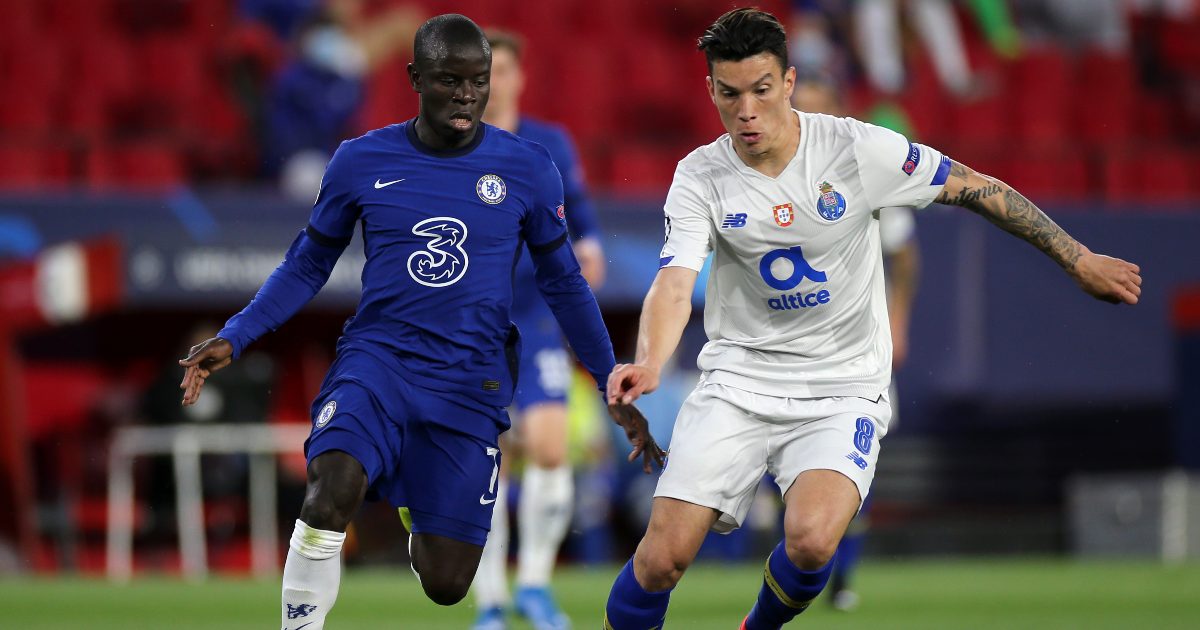 Chelsea survived a late Porto goal to earn themselves a Champions League semi-final tie against Liverpool or Real Madrid.

Mehdi Taremi’s stunning overhead kick in second-half added time put the squeeze on Chelsea, but the Blues still progressed to the semi-finals 2-1 on aggregate.

They will now meet either Real Madrid or Liverpool in their first semi-final since losing out to Atletico Madrid in 2014.

Mason Mount and Ben Chilwell’s first-leg goals proved decisive in the end, with Chelsea coasting for much of Tuesday’s second leg in Seville.

Taremi’s late acrobatics planted a seed of doubt, but Porto produced too little, too late – and Chelsea deservedly moved into the last four.

France World Cup-winner Kante was not even meant to start in Spain, but was pressed into last-minute service after a minor injury to Mateo Kovacic.

Kante has only just shaken off his latest hamstring injury and boss Thomas Tuchel wanted him to feature off the bench at the Ramon Sanchez Pizjuan Stadium.

The 30-year-old midfielder cemented Chelsea’s dominance in the tie with a stunning showing at both ends of the pitch, in a performance to delight the regimented Blues.

Tuchel’s men are now able to jet back to London and turn immediate attentions to Saturday’s FA Cup semi-final against Manchester City and former Paris St Germain manager Tuchel’s first concern will be to gauge whether linchpin midfielder Kante is capable of starting at Wembley.

The Blues will desperately want Kante to start against Pep Guardiola’s quadruple chasing City, and will doubtless pull out all the stops to make that happen.

Chelsea ground through a staccato first-half, punctuated by incessant stoppages for fouls.

The beauty of their two-goal advantage meant the Blues were fully entitled to take a measured approach to this encounter.

Edouard Mendy messed up his measurements in a rare misjudgement to hand the Blues a scare, but Jesus Corona wasted the Senegal stopper’s misplaced pass.

Corona collected and eyed up Mendy’s goal, only to scuff wide in a disappointing effort for the Portuguese.

Porto pressed the Blues high in a way Conceicao’s men had oddly opted not to in the first leg. So where the Stamford Bridge men had endless time to build in that 2-0 win first time out, here they were harassed and harried.

The Blues might have been ruffled but they always just about managed to straighten themselves out. Corona flashed high and wide after sneaking in behind Ben Chilwell, to leave Porto frustrated again.

But Mount saw a rasping effort deflected wide by Chancel Mbemba after a good Christian Pulisic raid. And Kante sent Havertz haring through only for the German to be denied twice.

The Blues were by far the happier to turn around with the game still goalless.

Pulisic should have tapped Chelsea into the lead in the second-half’s first meaningful action. Chilwell’s cutback was begging to be slotted home, but Pulisic was just unable to shift his feet and failed to make enough connection to guide the ball into the net.

Kante slid through a fine ball for Mount after Pulisic’s neat spin, but Manafa blocked the England forward’s shot.

Porto threw on dangerman striker Taremi on the hour and the Iran striker forced Mendy into a smart save from a powerful header.

Pulisic raced through for an added-time chance, but could only strike straight at the advancing Agustin Marchesin.

Chelsea were already planning the rest of their busy week when Taremi flicked home from a superb overhead kick.

But Porto could not find another dramatic comeback and Tuchel’s men rightly move through.