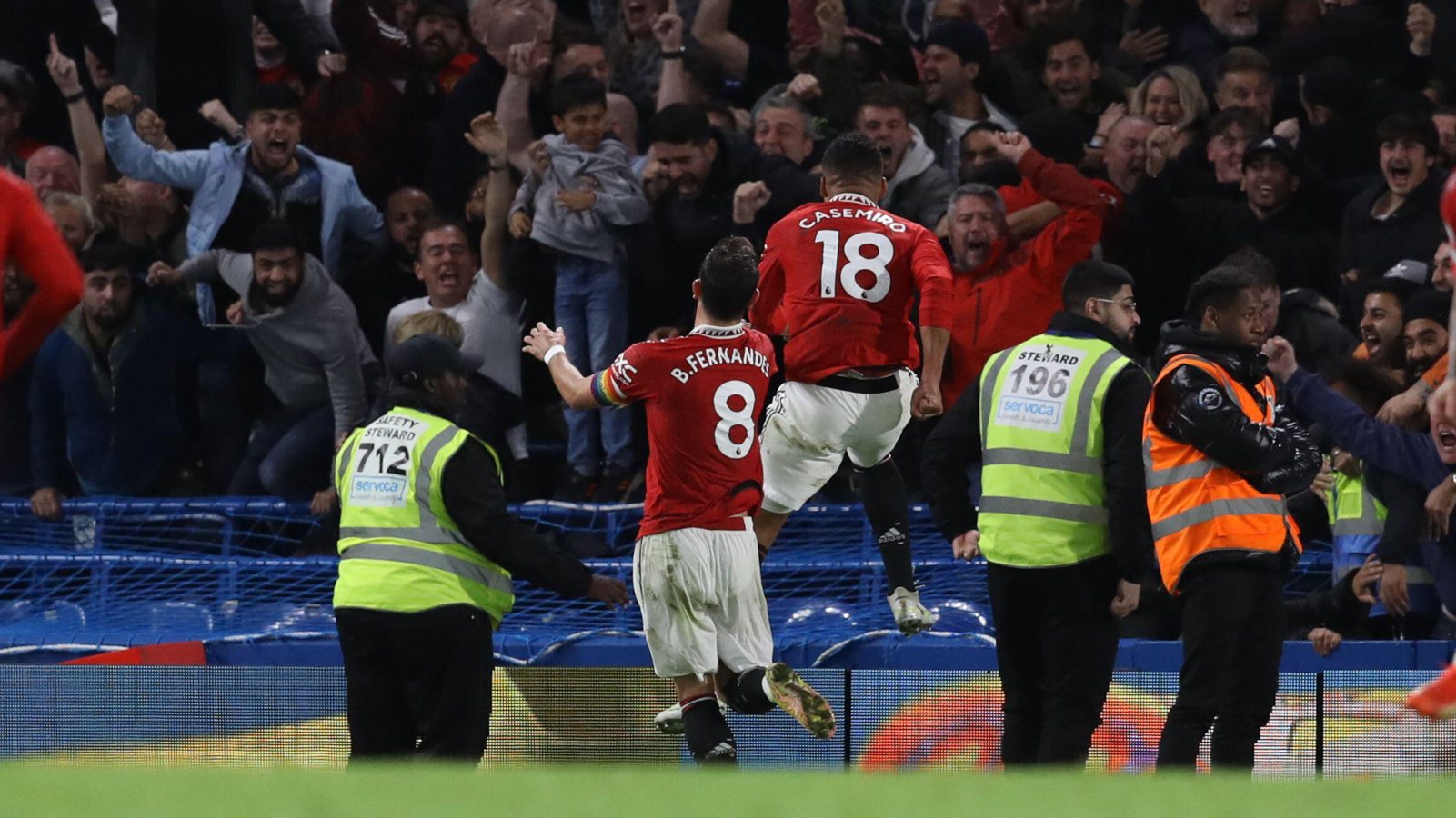 Erik ten Hag accepted a point was fair reward for Manchester United against Chelsea after the Red Devils snatched a last-gasp equaliser at Stamford Bridge.

Casemiro’s stoppage-time header scrambled United a 1-1 draw after Jorginho’s penalty looked to have given Chelsea all three points.

United extended their unbeaten run to six matches in all competitions, and Ten Hag felt a draw was a fair result.

He told Sky Sports: “I think it was a brilliant game, two teams close together but in the first half we dominated the game. That’s why the opponent changed the system, and then it was more difficult for us.

“We had good chances and in those moments you need to use your chances. A point I think was justified. You have to finish, because we were dictating the game.”

Asked about the extent of the injury suffered by Raphael Varane, Ten Hag added: “We have to wait 24 hours and then we will know more.”

Ten Hag was then asked if the team missed Ronaldo and said: “Always. He can score goals and he is valuable for us. We need him, that is clear. I think I have said enough about this situation.”

“The first half was really good from us after the tactical changes,” he said. “We had some problems in the middle but we found our positions and had chances.

“They get the goal from the penalty but we kept fighting, the spirit was amazing. A point is not what we wanted but it’s a good point.

“The togetherness and the spirit is amazing, we showed it once again.

“I don’t know if it was a penalty. Scott said he was not holding him but I’d have to see it again.”

Asked about the Cristiano Ronaldo situation, the midfielder added: “We don’t talk about that, no one else has to know what we think.

“The most important thing for everyone, including Cristiano, is that the team wins.”

Chelsea boss Graham Potter agreed with ten Hag that a draw was a fair result despite his side dropping two points at the death.

He said: “It’s disappointing when it’s 1-0 as you can see the end, but over the course of the game a point is about right, even though we got into a position to win it. In the end we take what we can get.

“I thought the players’ attitude on the pitch was fantastic. It’s a hard, intense match in the middle of a really busy period so it’s a great foundation for us.”