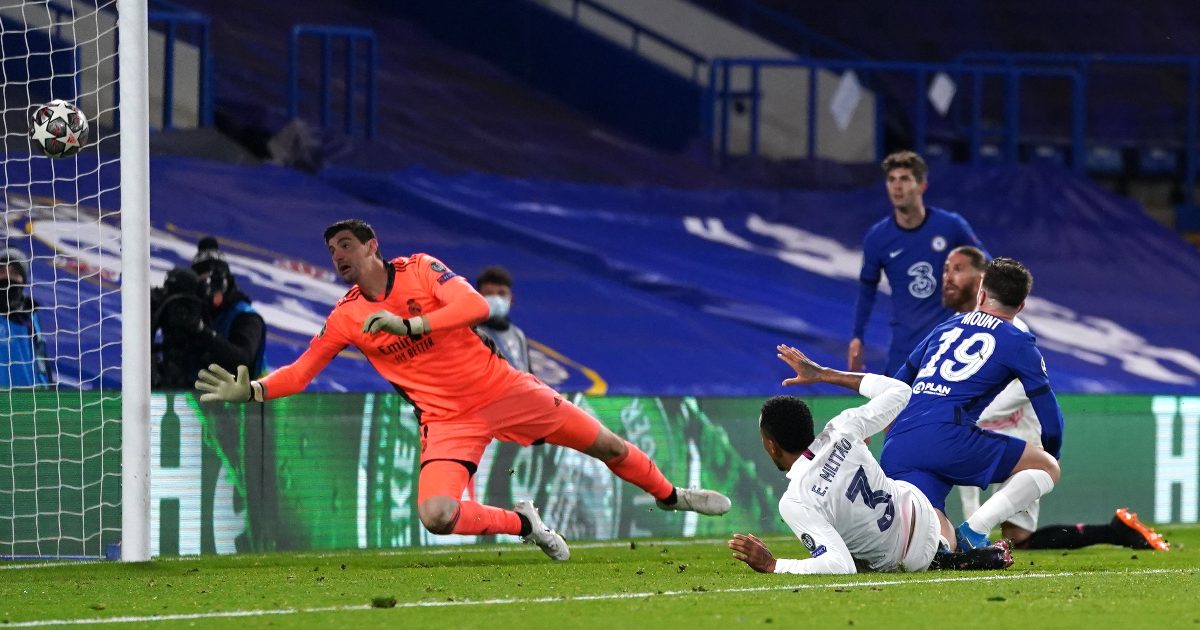 Timo Werner and Mason Mount netted to book Chelsea their place in the Champions League final in Istanbul.

Werner nodded into the empty net from one yard out in the first half, before Mount turned home Christian Pulisic’s cross late on, as Chelsea defeated Real 3-1 in the semi-finals on aggregate.

Germany forward Werner reacted fastest after Kai Havertz hit the bar, to notch his first goal in 12 games – for his simplest and most crucial in Chelsea blue.

The Blues spurned a host of chances to kill off the contest after the break, only for England star Mount to seal victory with a neat late finish.

And so now the Champions League will see a second all-English final in three years, following Liverpool’s win over Tottenham in 2019.

The Blues fully merited victory over the 13-time champions Real, marching into their first Champions League final since winning the competition in 2012.

Tuchel only took the west London helm on January 26, but the astute German has quickly turned the Blues into a genuine force.

Chelsea spent £220million last summer on a major squad overhaul, only for Stamford Bridge’s favourite son Frank Lampard to be dismissed on January 25.

Former Paris St Germain boss Tuchel swept into west London with a frustrated and underperforming squad, but quickly unified the players and staff – and composed a robust gameplan.

Less than four months later, Chelsea are in their third Champions League final and also have an FA Cup showpiece clash with Leicester on the horizon.

Madrid dominated the ball right from the off, the visitors looking assured and confident back in their preferred 4-3-3 formation.

The Blues then thought they had claimed the perfect response as Werner tapped home in style, only for the Germany star to be hauled up for offside.

Ben Chilwell’s low cross begged to be put away and Werner made no mistake with the finish, but had strayed offside and was duly censured.

Real jumped on that reprieve and went straight back to hogging possession.

Edouard Mendy palmed around his post with a fine save to deny Karim Benzema after the Frenchman spun on the ball in style and lashed goalwards.

Chelsea kept collective and individual heads though, and forced the breakthrough just shy of the half-hour.

N’Golo Kante threaded the perfect through ball for Havertz, who dinked over the onrushing Thibaut Courtois and was left to watch in agony as the neat effort rebounded off the bar.

But just when Chelsea thought they would be denied again, up popped Werner to nod into the empty net.

Chelsea carried that 1-0 lead into half-time thanks to yet more gritty pressing work without the ball – and also courtesy of another top Mendy save.

Luka Modric tiptoed down the inside left and whipped in a fine cross for Benzema to power in a header.

But once again Mendy was equal to the effort and tipped over the bar.

Havertz opened the second half by heading onto the bar, with only the woodwork saving the well-beaten Courtois.

Thiago Silva headed over from a free-kick as Chelsea continued to press before Mount raced through on the inside right but could only blaze high and wide.

Havertz had Chelsea’s best chance yet to cement control, and he cantered through on goal.

But Courtois saved well with his legs as the in-form German tried to roll the ball past the big Belgian stopper.

Werner then sent Kante in on goal as Chelsea’s chances stacked up, but Courtois rescued Real again as the Blues’ France midfielder could only drive into the outstretched Madrid man’s legs.

Somehow Mount’s corner flashed across the face of goal without receiving a touch, and Madrid escaped once more.

Each time the hosts failed to realise their dominance in front of goal, the nerves of the occasion grew.

Replacement Pulisic created another chance that begged to be put away, racing down the right and drilling low across goal.

Again no one in Blue was on hand to complete the job, and so with the game well into the last quarter hour, Madrid were somehow still in the reckoning.

Benzema escaped the cover to drive in on goal as Real’s urgency grew, but Jorginho sneaked in with a stellar recovery tackle to snuff out the danger.

Finally Chelsea killed off the tie at the death though, as Mount turned home Pulisic’s cross.

Real’s resistance broken at last, Chelsea coasted through to the final whistle and to that mouthwatering all-English final with Manchester City.