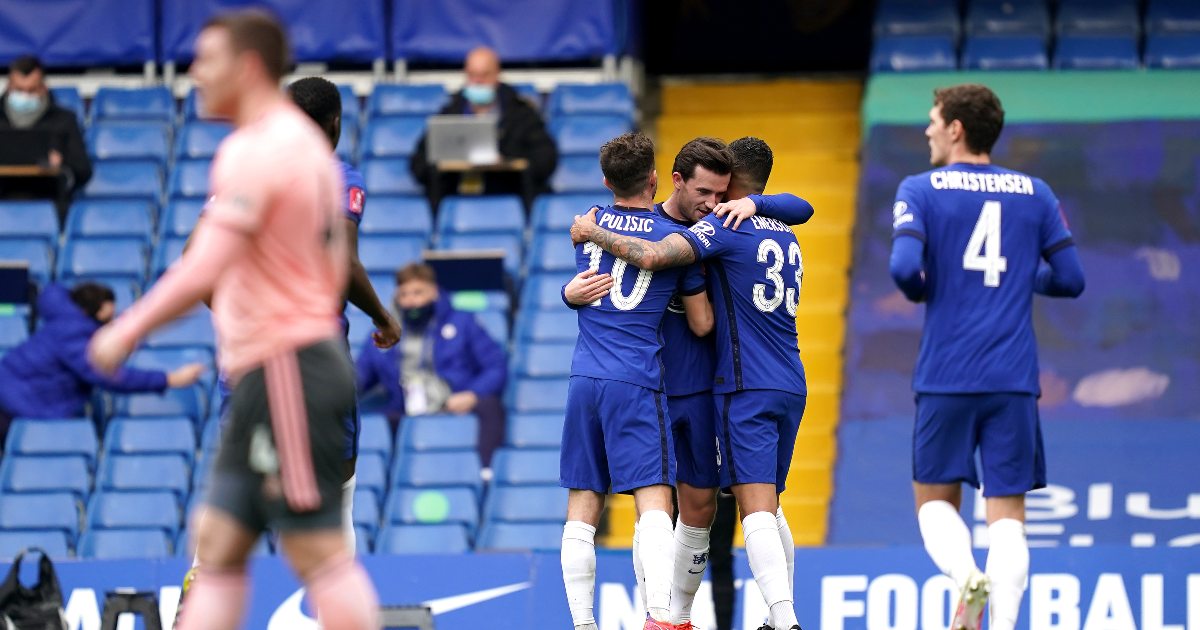 Christian Pulisic spurned two big chances to put the much-changed Blues out of sight, teeing up some tense closing exchanges as the Blades awoke from an hour’s submission to start to threaten.

David McGoldrick nodded wide when unmarked deep in the Chelsea area, a miss that proved a key reprieve for the Blues.

FEATURE: Life after Jose: What happened next at Porto, Man Utd, and…

And replacement Ziyech capped a fine last-gasp counter-attack to seal victory and place in the last four.

Toothless for 60 minutes, the Blades’ only early bite came amid a string of needless tackles, many off the ball, and a handful directed at Pulisic.

Had the visitors invested as much energy reserved for the dark arts in attempting to carry out their game plan in that opening hour, the tie could have been very different.

Instead Chelsea were allowed to meander to a victory as low key as it was routine, escaping several late wobbles to ease into the last four.

Boss Tuchel made nine changes from the 2-0 Champions League win over Atletico Madrid on Wednesday, with Billy Gilmour handed a rare start in midfield.

The German was not happy with the performance, making a host of changes just past the hour mark in a bid to inject some impetus into the Blues’ showing.

But the demanding boss will certainly be content with the result, especially with widespread rotation helping to manage the fixture glut.

Chelsea took the lead without even registering a shot on target.

Chilwell’s drilled ball into the area deflected off Norwood and into the Blades midfielder’s own net.

A cagey first half yielded precious few chances and the visitors entirely wasted the point of their 4-4-2 formation.

A tactical switch designed to exploit space behind Chelsea’s wing backs, the Blades never even sought those areas let alone raided the flanks.

Chelsea were perfectly happy to play the ball in front of the passive Blades, who also made a clear purpose of not pressing their opponents.

Pulisic should have doubled the lead when sneaking in, but could not dink the ball high enough to beat the onrushing Aaron Ramsdale.

The United States forward wasted another glorious chance straight after the interval, seemingly stunned to stroll past two defenders and still have bags of time when through on goal.

All that time created the chance for thought and, rather than smash his laces through the ball, Pulisic went for placement but scuffed his strike, allowing Ramsdale to bat away to safety.

McGoldrick missed a gilt-edged chance for the Blades – their best opening – as Chelsea’s foot came too far off the gas.

Oliver McBurnie then stung Kepa Arrizabalaga’s palms from distance as finally the Blades made Chelsea work.

Rhian Brewster flashed wide when latching on to a second ball at the death, but Chelsea held on – and even had time for Ziyech to seal their progress.