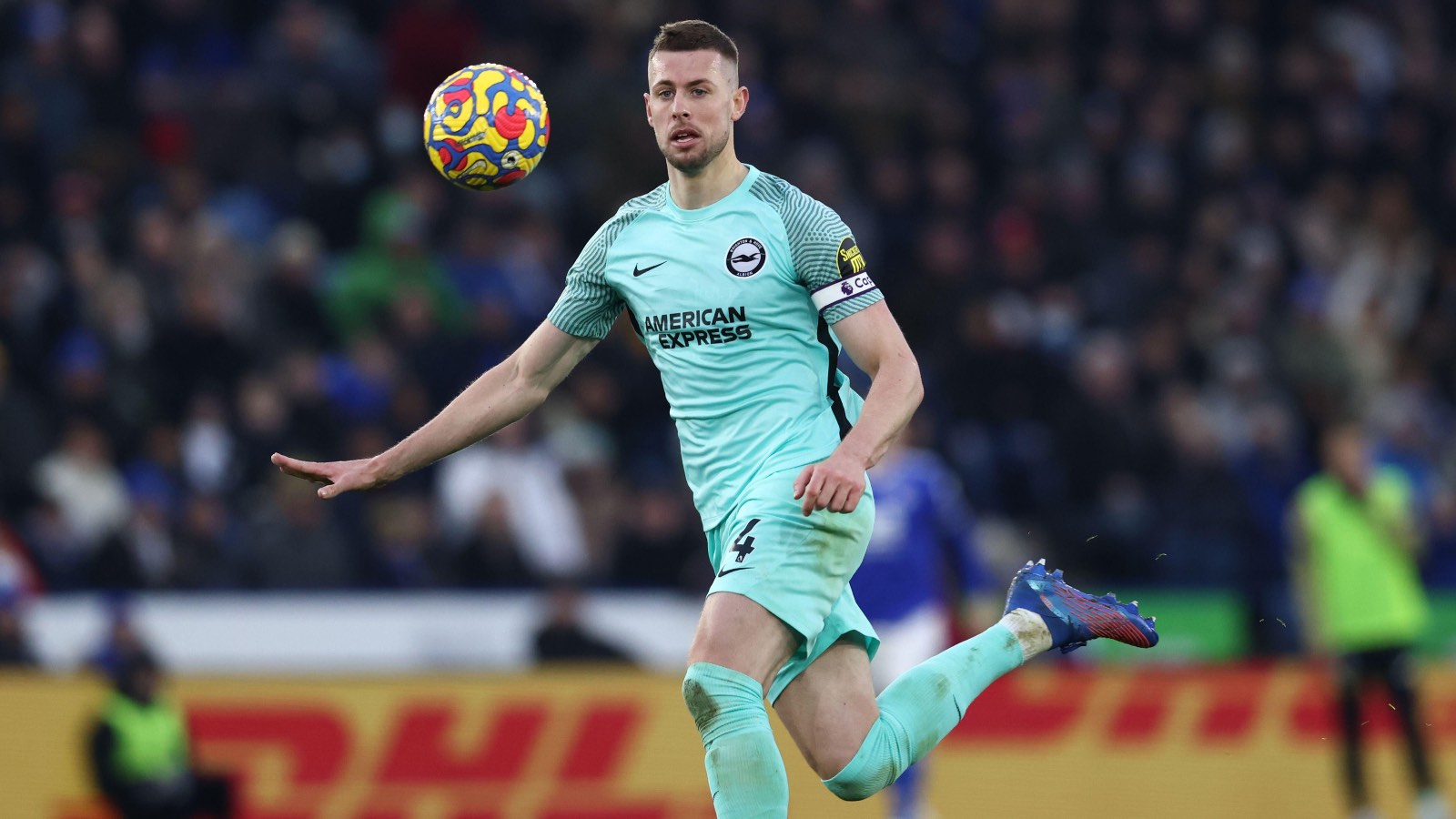 Chelsea have reportedly put Brighton star Adam Webster on their centre-back shortlist should they miss out on top target Wesley Fofana.

Leicester boss Brendan Rodgers said last week that Fofana was not for sale, but the 21-year-old defender was then omitted from the matchday squad for Saturday’s 2-1 defeat at home by Southampton having grown unsettled by Chelsea’s interest.

But the Foxes are asking for a world record fee for a defender of over £80m and the Blues are yet to match their valuation.

News broke over the weekend of Chelsea’s interest in Manchester United star Harry Maguire as an alternative, and now the Daily Mail claim Webster is also a potential option.

The 27-year-old has impressed for Graham Potter’s side since his £20m move from Bristol City in 2019, combining skill in possession with physicality at the back.

After two clean sheets in the Seagulls’ first three games of the season, Webster remains ‘a player in the thoughts of Chelsea’s new regime’ as they look to sign one more defender before the close of the transfer window.

But they still hope to land Fofana, who wants to move to Stamford Bridge, with Rodgers appearing to soften his stance on the 21-year-old.

With Fofana’s future less than certain, Rodgers is confident his side will refresh effectively should he leave.

“The club has done that, certainly in my time and probably before,” he said.

“I came in and lost Harry that first summer, we brought in James Justin and Dennis Praet and other players who could help the squad.

“When we lost Ben Chilwell we were able to bring in Tim Castagne and Wesley.

“So the reality for a club like ours is you can’t be afraid to do that as long as it’s good business for the club, and if it’s good for the player it’s normally a win-win situation.

“But that decision then will be ultimately down to the feeling of the club.”

Rodgers refrained from any kind of public criticism of Fofana, instead praising him for his quality and attitude across his time at the King Power Stadium.

But given Leicester handed him a new deal until at least 2027 in March at a time when he was recovering from a broken leg and ankle ligament damage, talk about loyalty is natural.

“I know football and how it works,” Rodgers said. “It’s an amazing profession.

“It’s a business for clubs, for players it’s a dream. They’re trying to fulfil their dreams.

“So I understand it for both, it’s why I provide the bridge in terms of trying to advise him what’s the best way to behave.

“That’s why I have always spoken so well of Harry Maguire, because of how he was when he was here at the time when he went for a world-record fee for a defender.

“I’ve been in these situations before so you manage it how you see fit and my experience helps in these moments.”

Asked if Fofana would be disappointed if he stays, Rodgers added: “I’m not sure. It all depends on the player. You can’t always say for definite how it’s going to be.

“For some players when the window shuts it’s a good moment because they can totally focus on playing again and getting on with their careers.

“Some players may feel they have lost the opportunity of a dream. They may just never be the same so that’s always the danger.”