Home All The News Chelsea 3-0 Aston Villa: Lukaku finally scores at the Bridge 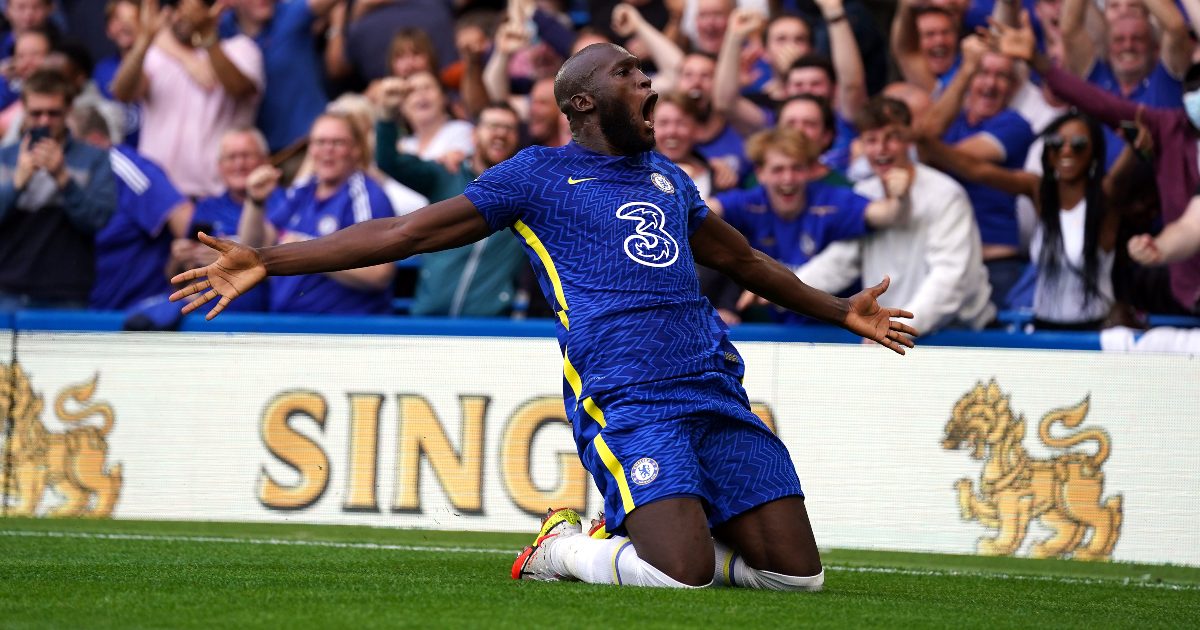 Romelu Lukaku netted his first goals at Stamford Bridge to help Chelsea pick up an impressive victory over Aston Villa.

Mateo Kovacic got a goal and an assist against Villa. He set up Lukaku’s opener before he got the better of Jed Steer in the second half.

Lukaku got his second and his side’s third late on as his fierce left-footed strike nestled in the top corner.

The Blues have matched leaders Manchester United’s three wins and a draw in the new campaign, trailing the Red Devils only on goals scored.

The 28-year-old has already proved himself every inch the sharpshooter extraordinaire, just three games into his second Chelsea stint.

A teenage Lukaku vowed he would one day grace the Stamford Bridge pitch on a school visit to the stadium back in 2010.

His opener against Villa proved at least 11 years in the making then, with the free-scoring Belgium striker finally realising some long-held dreams.

Lukaku drew a blank in 14 Stamford Bridge showings in his formative years – but this 15th west London appearance came at an entirely different stage of his career.

No sooner has the £98million Inter Milan recruit come back to the Bridge than he has seized talismanic Chelsea status.

Chelsea had to work for their win, appearing ring rusty in some areas after the international break.

Saul Niguez endured a forgettable debut, hooked at half-time after ceding possession once too often.

The Atletico Madrid loanee never hit the Premier League tempo, but will doubtless find rhythm in the coming weeks given his quality.

Ezri Konsa needed the crossbar to save his blushes when he deflected a Chelsea corner onto his own woodwork from the off.

Saul struggled to reach the pace of the game, but his measured risk of a pass to Kovacic set in motion the break for Lukaku’s goal.

The Spaniard purposely put Kovacic under pressure and the Croatia midfielder rose to the challenge, skipping away from cover before unleashing a sumptuous curving through-ball.

Lukaku needed no second invitation to canter clear, latching onto the pass and skinning the hapless Axel Tuanzebe before slotting the ball home in style.

Tuanzebe allowed himself to be bullied in a pitiful attempt at marking the Belgium star, further underscoring the value of a big-name striker who can live up to the reputation.

Chelsea could not have everything their own way however, as Villa put the squeeze on the Blues a number of times in the first half.

Ollie Watkins drew a good save from Edouard Mendy, before spurning another fine opening.

The former Brentford striker cut inside Chelsea’s Senegal goalkeeper only to be denied by Thiago Silva’s lunging block.

As Saul continued to struggle through several cheap misplaced passes, Mendy then had to produce an impressive double save from Tyrone Mings and Konsa.

Blues boss Thomas Tuchel wasted no time in making changes, hooking the struggling Saul at the break in favour of Jorginho.

Chelsea’s aggressive pressing then yielded a quick second after the interval.

Lukaku heaped the pressure on Tuanzebe and Mings, and the England defender’s under-hit back-pass gifted Kovacic a run on goal.

The former Real Madrid midfielder ate up the chance, before dinking a cute finish to put Chelsea in total control at 2-0.

Lukaku still found time to lash home his second, drilling the ball into the net after Cesar Azpilicueta’s smart inside ball.