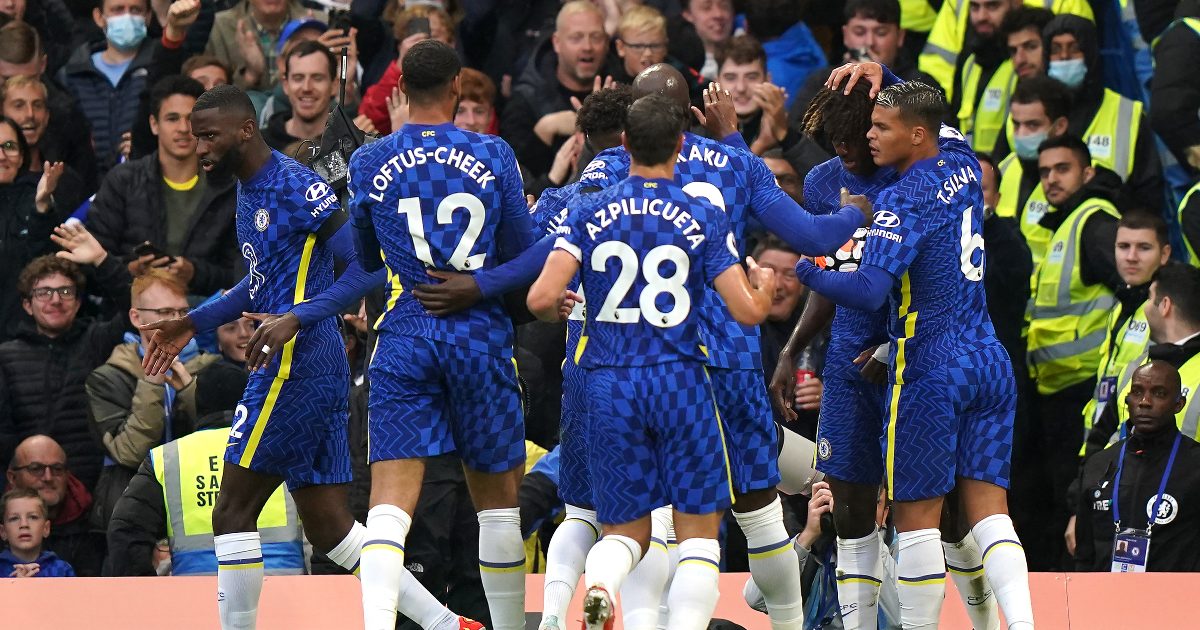 Timo Werner and Ben Chilwell both scored in the last ten minutes for Chelsea against Southampton, who had James Ward-Prowse sent off in the second half.

Ward-Prowse equalised for his side but he was sent off soon after for a poor tackle on Jorginho.

A win would have moved Chelsea top of the Premier League and they made the most of this chance.

Trevoh Chalobah’s header had the home side in the box seat, until Chilwell upended former Chelsea academy star Tino Livramento in the box.

Ward-Prowse converted the spot-kick to threaten Chelsea’s ambitions of moving top of the pile.

Chelsea saw first-half finishes ruled out for both Romelu Lukaku and Werner, but just when the west Londoners feared paying the price, two late goals turned the tide.

Werner turned in Cesar Azpilicueta’s smart cross to spark celebrations of relief as Chelsea moved 2-1 ahead, before Chilwell atoned for conceding the penalty by lashing in the third.

Lukaku’s dlsallowed effort came when he slotted home neatly after Toni Rudiger’s fine through-ball, only to be pulled back for offside.

Werner’s chalked-off finish was when he nodded in from Callum Hudson-Odoi’s inch-perfect cross.

Referee Martin Atkinson ruled out the goal after viewing the pitchside monitors and judging Azpilicueta to have fouled Kyle Walker-Peters in the build-up.

Thomas Tuchel was then booked for his excessive touchline protests, and the Chelsea boss even ended up nose-to-nose with Atkinson as tempers threatened to boil over.

Werner should have fired Chelsea ahead mere minutes into the clash, only to deliver a shot lacking entirely in conviction that proved easy enough for Alex McCarthy to save.

The Blues quickly shook off that profligacy however, as Chalobah nodded into the empty net at the far post following Chilwell’s corner.

Chalobah’s goal owed everything to Loftus-Cheek’s flick on, with the one-time England midfielder rising highest in the middle of the box to tee up the centre-back.

Chilwell should have found the net when played through by Mateo Kovacic, only to deliver a finish lacking in any real power.

Lukaku thought he had doubled the home lead when slotting home, only for the offside flag to thwart the Belgium hitman.

Werner was the next to see a neat finish chalked off, with the Germany forward heading in from Hudson-Odoi’s pinpoint cross.

The Blues celebrated the goal and expected to move 2-0 ahead, only for VAR to scrub the effort for a foul by Azpilicueta on Walker-Peters in the build-up.

Tuchel’s over-exuberant remonstrations led to a booking, and that needless square-up to referee Atkinson.

Chelsea’s near-total dominance was left without just reward at half-time then, with the Blues still only leading by the solitary Chalobah effort.

The hosts’ control wavered slightly after the interval, and ultimately the Blues paid for wasting all that dominance.

Chilwell upended Livramento in the box and Ward-Prowse buried the rightful penalty, to level the contest.

Ward-Prowse was then sent off after a VAR review for a horror tackle on Jorginho, with the Italy midfielder fortunate to avoid injury at full stretch.

Just when Chelsea feared running out of time and opportunities however, up popped Werner with a side-footed winner.

Barkley’s raking pass was cleverly redirected into the box by Azpilicueta with a fine first-time ball, and Werner did the rest with a tap-in.

Chilwell then drilled a third at the end, as Chelsea turned a nervy afternoon into an important win.