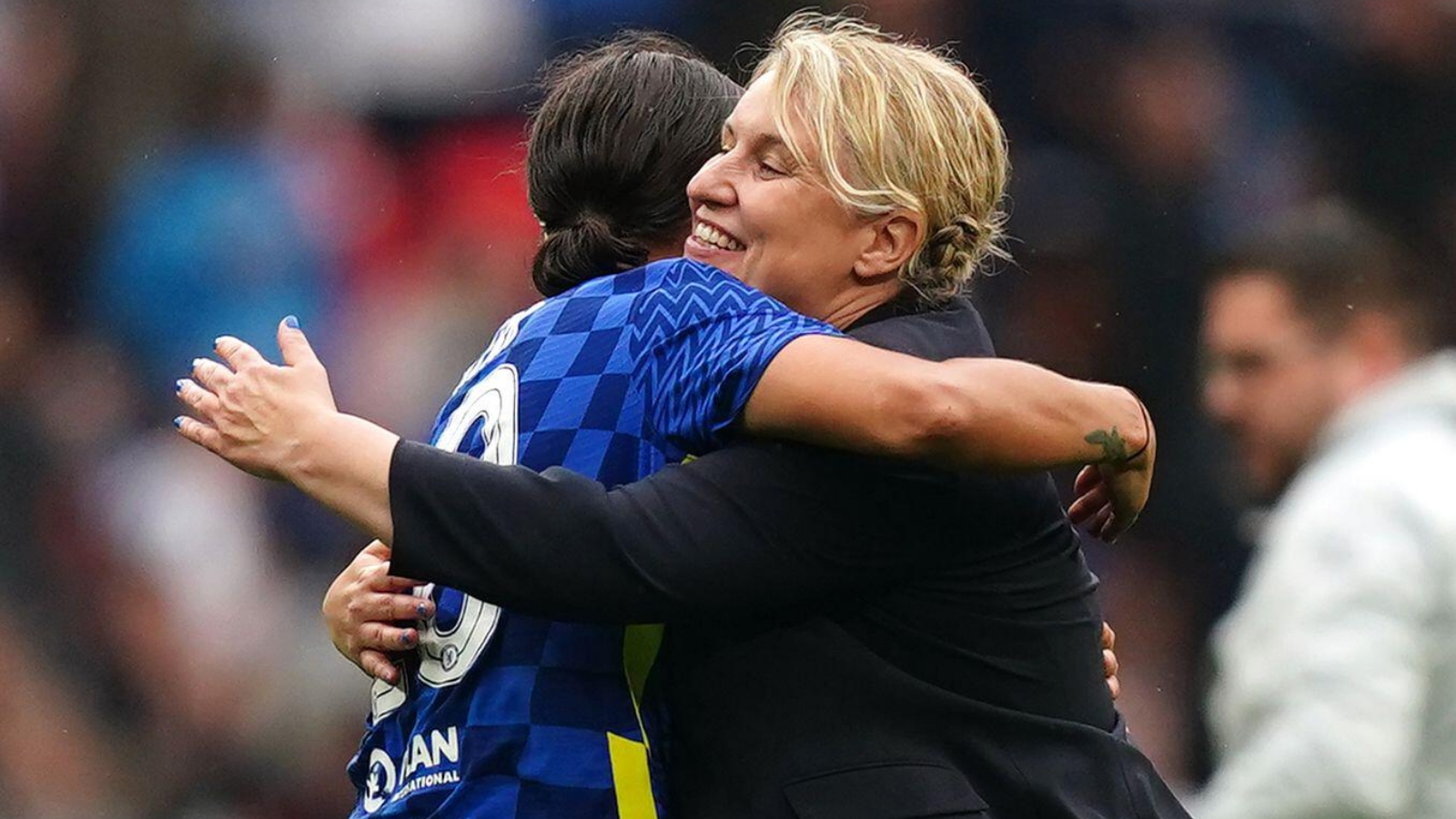 Chelsea claimed their second trophy in a week after Sam Kerr’s extra-time winner clinched a 3-2 win over Manchester City in the Women’s FA Cup final at Wembley.

Emma Hayes’ side had already won the Women’s Super League title last Sunday and have now added the FA Cup to their trophy cabinet, although City pushed them all the way.

Chelsea took the lead in the first half, when Kerr nodded in at the far post from a cross-shot from Millie Bright, however City equalised through Lauren Hemp just before the break.

The Blues retook the lead with a well-struck effort from distance from Erin Cuthbert in the second half, only for Hayley Raso to equalise in the 89th minute and take the contest to extra time.

Kerr struck again to settle the contest in the additional 30 minutes and ensure the Blues secured a fourth Women’s FA Cup trophy.

City came closest in the opening period when Caroline Weir missed the target and Hemp had a shot blocked by Bright.

After a lack of clear-cut chances in the opening half an hour, Chelsea took the lead in the 33rd minute.

Bright sent in a long looping cross from the right and goalkeeper Ellie Roebuck mistimed her jump to try to gather the ball, which went over her head and to Kerr at the far post. The WSL golden boot winner made no mistake heading it over the line to hand Hayes’ side the advantage.

However, City equalised just before half time when Hemp curled the ball into the corner. The 21-year-old carved a space to get a shot away, easily beating her marker Bright and sending her the wrong way before taking a touch and striking the leveller.

Chelsea were back in front just after the hour mark. A poor goal kick from Roebuck went straight to Cuthbert and – after an exchange of passes – she fired home from distance.

Kerr had a chance to kill the game off in the 78th minute but she was unable to get a clear shot away, and City were able to clear their lines.

With time running out, Raso cleverly beat the Chelsea offside trap and latched onto a well-struck cross from Alex Greenwood. She used her pace to run through on goal before firing into the back of the net past Ann-Katrin Berger.

However, Kerr won it in added time, capitalising on City being a player down at the back after Alana Kennedy was suffering with cramp.

The Australia international drove forward and saw her shot take a massive deflection off Greenwood, beating Roebuck and finding the back of the net to settle the contest.