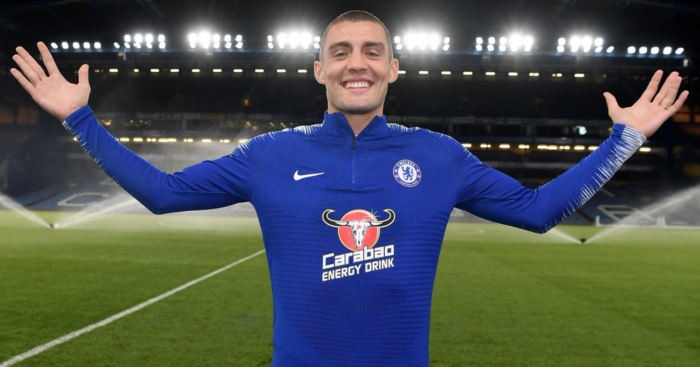 Chelsea made a gaffe yesterday on their official club mobile app when they accidentally announced Mateo Kovacic as a permanent signing.

The Blues announced a permanent deal for the Real Madrid loanee, along with an interview with the Croatian midfielder entitled ‘My footballing firsts’.

The club’s official app, The Fifth Stand, published a Q and A article which read: “After securing a permanent switch to Stamford Bridge following a successful loan spell at Chelsea from Real Madrid, we caught up with Mateo Kovacic to find out what some of his first footballing memories are.”

The article, which has now been removed, quoted Kovacic as saying: “It was an amazing feeling to sign for Chelsea, first on loan and now permanently.

“It is a fantastic club, with great team-mates and we play a good style of football.

“I am very happy to be staying here and very proud to be a Chelsea player.”

Chelsea are currently banned from signing new players until after the January 2020 window, but due to Kovacic being on loan from Real Madrid they have been allowed to sign him permanently without breaking any rules.

The Blues were apparently faced with a deadline of June 30 to secure Kovacic permanently, as after that his loan would have officially expired, according to the Evening Standard.