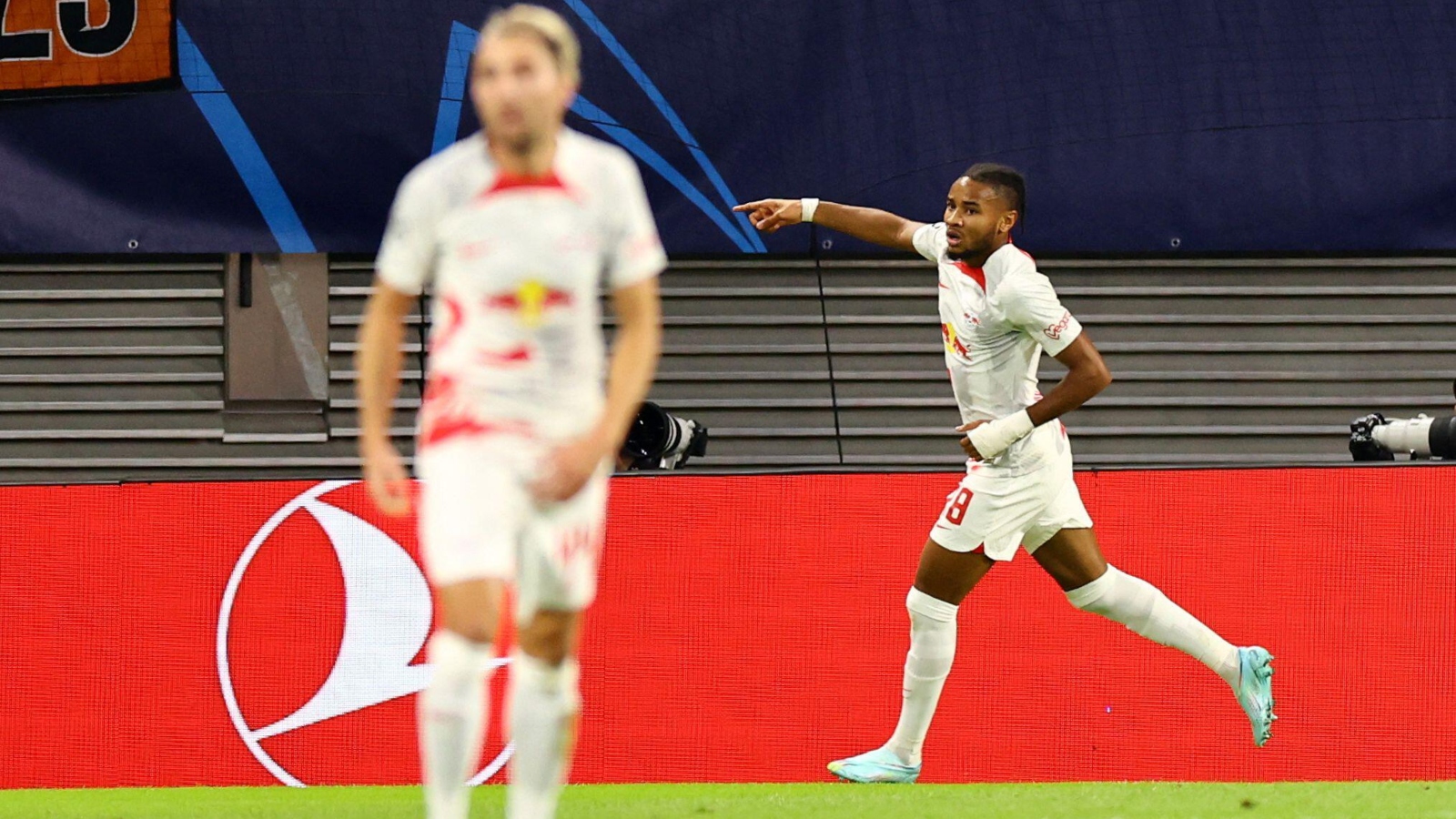 Chelsea are very close to completing the signing of RB Leipzig forward Christopher Nkunku, according to Fabrizio Romano.

It was revealed last month that Nkunku had already completed his Blues medical.

The Frenchman was expected to be on the move in the summer, however, he penned a new contract with the Bundesliga side.

It was quickly revealed that his fresh terms included a €60million release clause, which is a very good deal considering his goalscoring record.

Nkunku earned his first France call-up in March after Didier Deschamps rewarded the 24-year-old for his fine form.

Last term, the attacker scored 35 goals and provided 20 assists in 52 matches across all competitions for Leipzig.

He has been on form this season as well, netting 12 times in 18 appearances.

It was not expected that a club would have a free run at signing Nkunku, but it looks like exactly that is happening.

Manchester United have also been linked with the Frenchman, and former interim manager Ralf Rangnick has this week revealed that he told the Red Devils hierarchy to pursue him.

Chelsea have lots of attacking options but are keen to bring in a new No. 9 after signing Pierre-Emerick Aubameyang on deadline day.

Nkunku is not exactly a natural No. 9 but can certainly play in that position.

The Blues also have Armando Broja, but he is struggling to cement himself as a consistent starter under Graham Potter after a decent loan spell with Southampton in 2021-22.

As mentioned prior, it looks like Chelsea are winning the race to sign Nkunku by a million miles.

Transfer guru Fabrizio Romano has discussed the deal on his YouTube channel.

After having his medical, there are some final details to be ironed out before Romano can say his trademark ‘here we go’.

A deal has been agreed in principle, the Italian journalist adds.

Nkunku’s release clause does not become active until the summer so we won’t see him lace up for Chelsea until the 23-24 campaign.

The Blues have also been linked with the 24-year-old’s Leipzig teammate, Josko Gvardiol.

The Telegraph revealed earlier this month that Potter’s side are looking to complete the double signing in 2023.

Chelsea spent over £250m on transfers in the summer but will not let up next year.

Gvardiol is another Leipzig star who penned a fresh contract and it was reported that the German side rejected a bid worth as much as £70m for the Croatian centre-half.