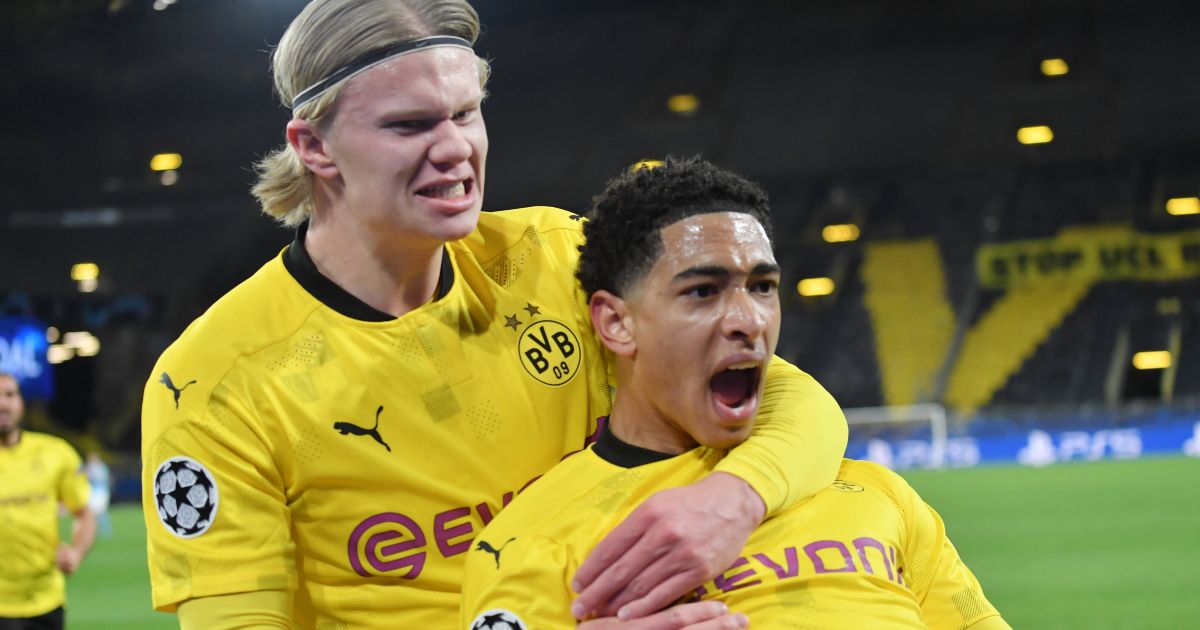 Erling Haaland has reportedly agreed personal terms with Chelsea over a summer move.

The speculation has been rife over a potential transfer for Haaland this summer, despite Borussia Dortmund chief Hans-Joachim Watzke insisting the striker will remain with the Bundesliga giants next term.

Watzke said: “I’ve known [Mino] Raiola for a long time and get along well with him. It’s no problem for us.

READ MORE: Panini XI: At the Euros but not in the album

But agent Raiola has consistently stoked the transfer fire.

“Haaland is interested in two things: scoring goals, because he is like a Cristiano or a Zlatan, he has that positive obsession, and winning titles,” said Raiola. “And he will choose, surely, where those two things together happen more.

Chelsea weren’t mentioned and they were thought to be out of the running back in March, with reports claiming Haaland would only consider a move to an ‘absolute top club’.

But the Blues have since won the Champions League and are said to have moved to the top of Haaland’s wishlist, and his signature would almost certainly make them one of, if not the favourites with many betting sites for the Premier League title next season.

And now, Ian McGarry of The Transfer Window Podcast claims the 20-year-old has agreed to join Thomas Tuchel’s side.

McGarry said: “Personal terms for Haaland are signed off.

“It’s just a case of Chelsea agreeing a fee with Dortmund.”

Further reports suggest Chelsea have launched an initial bid of £60million plus Tammy Abraham, though Dortmund are thought to want £150million if they are to sell this summer.

But another option would be to wait until next summer, when Haaland’s £68million release clause comes into effect.

Chelsea are also hoping that the chase for Haaland could give them the upper hand to swoop for another of Dortmund’s young stars.

Goal claim Marina Granovskaia is hoping a good relationship built through a bid for the Norwegian striker will open the door for them to land England star Jude Bellingham.

Chelsea have been tracking the 17-year-old since his early teens and are keen to be at the front of the queue when he makes his expected return to the Premier League.