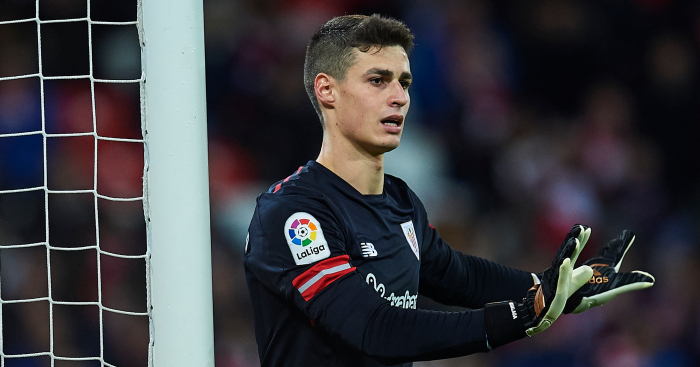 Chelsea will pay a world-record fee for a goalkeeper to sign Kepa Arrizabalaga from Athletic Bilbao.

The Blues have been forced into action after Thibaut Courtois failed to attend training for the second successive day in his attempt to get a move to Real Madrid.

Real had actually intended to sign Kepa in January for around £17million, but the deal was called off by then-manager Zinedine Zidane, who wished not to disrupt his squad mid-season.

Chelsea now face the prospect of a considerably greater fee to sign the highly-rated 23-year-old, who has been capped once by Spain.

Kepa travelled to Madrid with his agent on Wednesday morning and will fly on a private jet to London at 10am ahead of his move.

Chelsea intend to unveil him on Thursday, along with Real midfielder Mateo Kovacic, who is expected to join on loan.