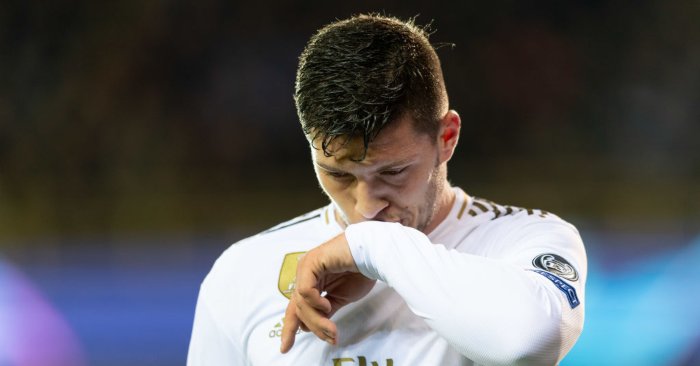 Real Madrid have cleared Luka Jovic to move on loan to reinvigorate his career, with Chelsea reportedly alerted to the situation.

Jovic earned a big-money move to Madrid from Eintracht Frankfurt last summer after scoring 27 goals in 48 appearances for the Bundesliga side.

The move was billed as a crucial part of Zinedine Zidane’s rebuild up top following the departure of Cristiano Ronaldo to Juventus, but the Serbia international has only netted twice and assisted two other goals in 24 outings.

According to Marca (via The Sun), Madrid have allowed Jovic to find a move away in order to regain his confidence and following his departure, the Spanish giants will look to sign a prolific striker, with Erling Braut Haaland believed to be a target.

As such, it is said that Chelsea could look to cash in on Jovic’s situation by offering him a year’s stay at Stamford Bridge.

Frank Lampard was visibly frustrated at the end of the January transfer window after failing to bring in support for Tammy Abraham, who has struggled with niggling ankle issues in 2020.

Aside from England international Abraham, Olivier Giroud‘s future in West London is unclear with his contract set to expire this summer, while Michy Batshuayi’s role under Lampard is also under threat.