Lampard will leave Willian's future up to the player, following prolonged contract talks. 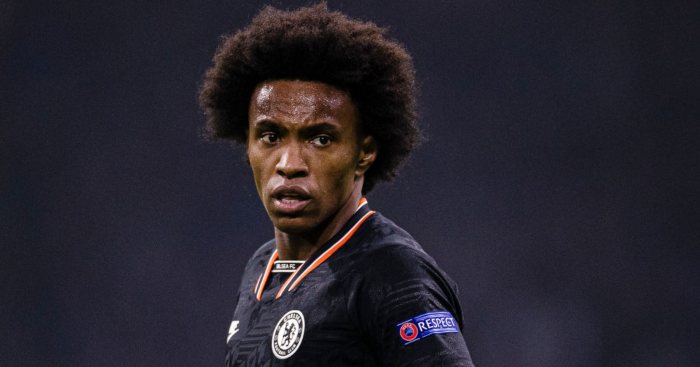 Chelsea will let Willian decide his future at Stamford Bridge, according to Blues manager Frank Lampard.

The winger has been involved in contract negotiations for most of the season, with Tottenham and Man Utd reportedly interested in the Brazilian.

However, Arsenal are seemingly the frontrunners to sign the player for free when his contract expires this summer.

When asked about Willian, Lampard said: “It is his decision. I know the situation at the club’s end. I have a great relationship with William, but I don’t actually know what the decision is.

“If that happens over the next whatever days, as he said, then that would be good for me in either way.

“Of course, I am very happy with Willian. He has been brilliant for me this season with his input and work ethic within the squad.

“But it is his choice and I respect his choice. He has been a great servant for Chelsea if he decides to move on, and if he does decide to move on then Chelsea will move on.”

Chelsea are preparing for a big change-up this summer, with Willian’s teammate Pedro set to join Roma when his contract ends.

The London club will replace Pedro with new signings Hakim Ziyech and Timo Werner, who will bolster Lampard’s attacking options next term.

Chelsea had been at risk of suffering from an ageing lineup, with Pedro, Willian, Olivier Giroud and Cesar Azpilicueta all over the age of 30.

But the club moved quickly to rectify this and are also lining up Bayer Leverkusen’s 21-year-old starlet Kai Havertz.

Havertz has been in fine form this season, scoring 17 goals in 43 appearances for the German club. He will feature against Rangers in the Europa League on Thursday, should any hopeful Chelsea fans want to see him play.

With a potential attacking lineup of Werner, Ziyech and Havertz next campaign, Chelsea are building on this season and will want to close the gap behind Premier League champions Liverpool.