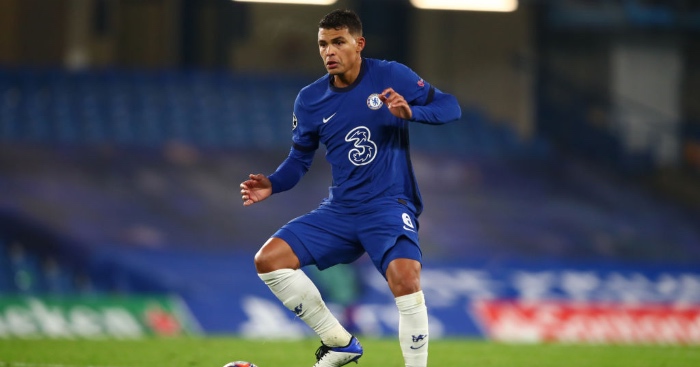 Chelsea are set to offer defender Thiago Silva a new contract due to his impressive performances this campaign, according to reports.

The Brazilian suffered a tough start to life in England, beginning with the 3-3 draw against West Brom.

The 36-year-old also picked up an injury early in the season which ruled him out of multiple matches.

However, Silva has managed to turn his fortunes around recently and that could extend his spell at Chelsea.

According to sources in Italy (via Daily Express), club officials are lining up a new contract for Silva.

The deal could see him extend his time at Stamford Bridge. His current contract keeps him there until June 2021.

Chelsea’s defence has been very assured in recent weeks and Frank Lampard is now keen to keep his star centre back.

Silva has formed an effective partnership with Kurt Zouma. He can also be a great mentor for young English defender Fikayo Tomori.

Lampard has made Silva captain on numerous occasions when Cesar Azpilicueta has been unavailable.

He has quickly adapted to life in the Premier League after a tough start. He is now dominating in the air and preventing plenty of chances with his efficient positioning.

His performances have been one of the main catalysts in the Blues’ impressive form.

They’re unbeaten since late September and they’ve scored plenty of goals against the likes of Sheff Utd and Burnley.

That’s led to the genuine belief that they can challenge Liverpool and Man City for the Prem title this season.

Keeping Silva at Stamford Bridge could be an integral part of Lampard’s success as Chelsea manager.