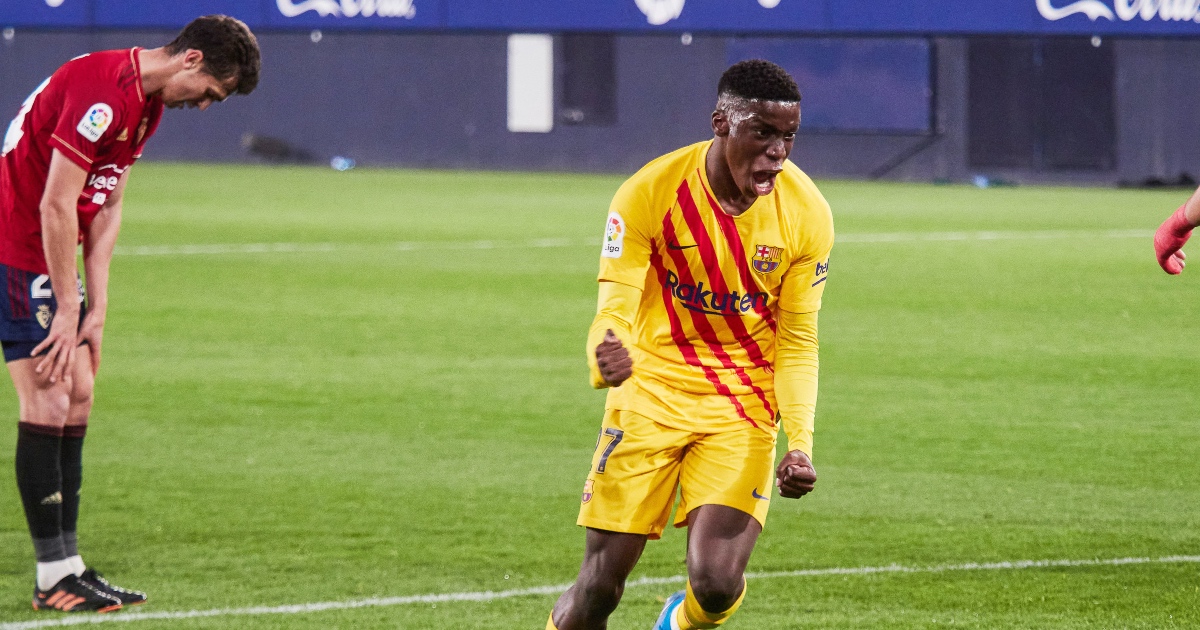 The 18-year-old is said to be looking for a way out of Barcelona, according to Sport (via Sport Witness), but the Catalans will continue to make strides to keep him at the Nou Camp.

The report claims Barcelona believes Moriba has had his head turned by potential suitors.

Various Premier League and Bundesliga clubs are said to be interested, but the report names Chelsea specifically, as they have ‘always wanted him’.

Barcelona have reportedly offered a salary of over €2million per season, but that’s not enough to convince him to remain at the club.

But even if Moriba doesn’t agree to new terms, Barcelona are willing to see him enter the final year of his contract and leave for free next season.

They’re said to be using the circumstances as a warning to other young players at the club, who will see Moriba shunned for the coming season.

But Chelsea have been linked repeatedly in recent weeks and should they come up with a significant transfer fee, Barcelona may feel they have to allow him to leave, given their financial issues.

Meanwhile, Chelsea are thought to be close to re-signing Romelu Lukaku from Inter Milan.

And Rio Ferdinand thinks Chelsea are “an absolute threat to win the title” this season, due to the arrival of the former Manchester United striker.

Ferdinand said: “I’ve spoken to him recently and he’s hungry man. He hasn’t confirmed to me that he’s signing for Chelsea but he just said this season, he’s hungry.

“I just think this guy, a lot of greatness comes through having fuel and what I mean by that is having doubters and wanting to prove them wrong.

“He’s got a whole stadium full at Manchester United who doubted him, all the fanbase at Old Trafford doubted him. A lot of people weren’t too dissatisfied when he left.

“He will be sitting there and looking in the diary to see when that Old Trafford game is and he will want to unload.

“Romelu Lukaku guarantees you 20 goals, minimum. He guarantees you that. He’s scored goals wherever he’s been, he’s an elite goalscorer, it’s as simple as that.

“If he gets the chances that Timo Werner got last year, he bangs 30-35 goals, it’s as simple as that. I think Werner will still be vital for them with how he runs off the ball and creates space.

“Chelsea have heavy artillery up front now, a real mix of talent, all different type of players, a real good blend. Lukaku going there makes them an absolute threat to win the title. They could win it.”