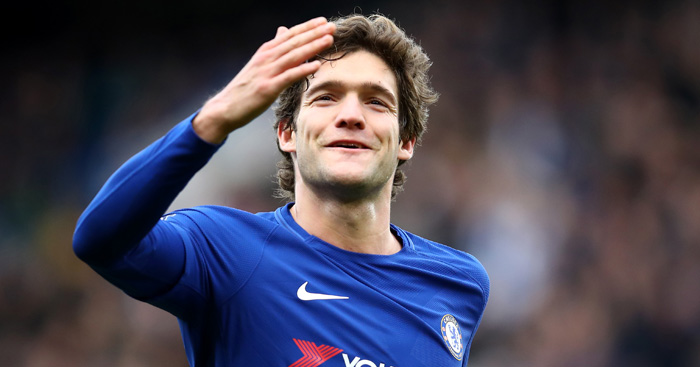 Inter Milan are reported to be considering a move for Chelsea defender Marcos Alonso.

Former Blues boss Antonio Conte is looking for reinforcements on the left with Kwadwo Asamoah struggling to overcome a knee injury.

Conte managed Alonso during his reign at Stamford Bridge and according to Calciomercato, the Spanish full-back is a candidate for Inter’s January recruitment.

The report suggests Chelsea would demand a fee of almost £30million for 29-year-old Alonso who has featured only once in the Premier League since October.

Emerson has also been linked with a move away from Stamford Bridge, with Juventus said to be interested, but Chelsea are only willing to allow one of their left-back options to leave.

An alternative target for Inter could be Matteo Darmian, who joined Parma from Manchester United in the summer for a fee of around £1.5million.