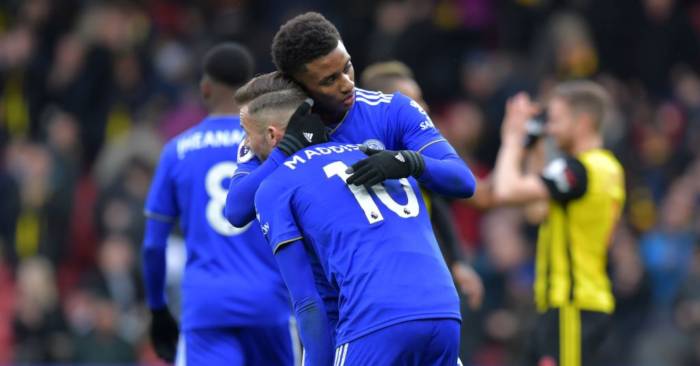 Phil Foden and James Maddison have been selected for England Under-21s’ Euro 2019 squad.

Manchester City’s Foden, Leicester’s Maddison and Crystal Palace’s Aaron Wan-Bissaka are the top names ahead of next month’s tournament in Italy and San Marino.

Wolves midfielder Morgan Gibbs-White has been handed his first call up by boss Aidy Boothroyd.

Boothroyd said: “This is a really strong squad and I’m really pleased with the group of players I’ve got who will be representing us at the Euros.

“We have a big pool of talent in the England set-up and I had some tough selection decisions to make as there’s a lot of strength in depth.

“We have a real mixture in terms of age and experience.

“We’ve got Tammy (Abraham), Demarai (Gray) and Angus (Gunn) who were part of the Euros squad in 2017, but also have nine players who are young enough to be eligible for the next qualifying campaign.

“This group have also won a lot at youth level and know the work and application that it takes.”

England face France, Romania and Croatia in Group C with their opening game against France on June 18 in Cesena.

Chelsea’s Tammy Abraham, Mason Mount and Fikayo Tomori are also included but will not link up with the squad until after Monday’s Sky Bet Championship play-off final.

Abraham has score 26 goals on loan at Aston Villa this season while Mount and Tomori helped Derby to sixth place.