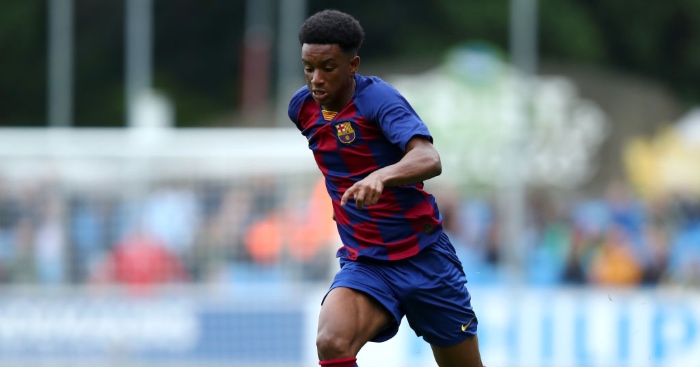 Balde is one of the crown jewels in the Catalan giants’ famed La Masia academy.

Still aged just 17, the player is thought to be attracting interest from a host of European’s elite clubs.

According to Spanish newspaper Sport (via Sport Witness), Chelsea and Liverpool are the two frontrunners to sign him.

The report states that both clubs have already contacted Balde and Barca officials about a potential deal.

The player is yet to feature in either of Barca’s senior teams, but he has been impressing in the UEFA Youth League.

Balde is apparently comfortable with remaining at the academy in Spain. That’s part of his long term plan to break into the first team under manager Ronald Koeman someday.

The Spaniard operates as a left back and represents his country at U17 level, where he has six caps.

His preferred position means he could become an understudy to the likes of Ben Chilwell or Andy Robertson in England.

Losing Balde would be another significant blow to Barca, however. They’ve managed to keep hold of wonderkid Ansu Fati so far, but they’ve lost numerous players to the Premier League in recent years.

Signing Balde shouldn’t cost too much, which works for both Chelsea and Liverpool.

The Blues spent over £220 million during the summer transfer window.

They brought in superstars including Kai Havertz, Timo Werner and Thiago Silva. Fellow signing Hakim Ziyech looks like he will provide Chelsea with a touch of class.

Meanwhile, for Liverpool, it’s well documented how they like to sign players for cheap and then produce them further.

Scotland international Robertson is the prime example of that notion.