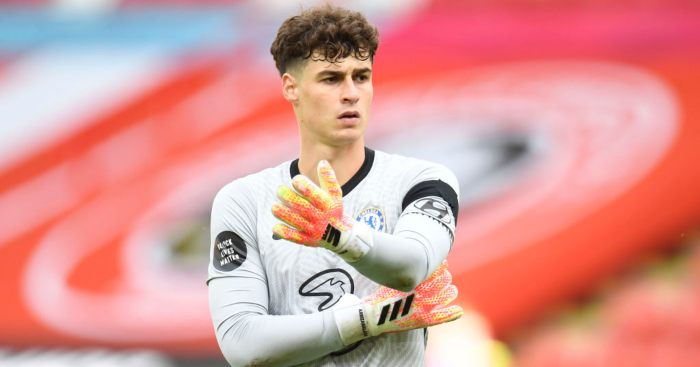 Chelsea are considering the possiblity of bringing Ajax goalkeeper Andre Onana to Stamford Bridge as a replacement for Kepa Arrizabalaga, according to reports.

Kepa came under fierce criticism from some fans and pundits again after he was blamed for a couple of Sheffield United’s goals in the Blues’ 3-0 loss at Bramall Lane.

The Spain international was dropped midway through the season after a number of costly mistakes, with Willy Caballero filling in.

Kepa showed an upturn in form on his return to the team before the Premier League was halted, but since the restart his form seems to have dipped again.

And The Athletic claims that Onana ‘sits high among their options’ as they consider replacements for Kepa after their heavy defeat at Sheffield United ‘posed further questions’.

The Ajax goalkeeper, who has been brilliant for the Dutch side over the past couple of seasons, ‘features prominently on their list’ as Chelsea ‘consider alternatives’ to Kepa.

Chelsea paid €80m to Athletic Bilbao for Kepa in July 2018 and The Athletic adds that Onana is now available at a fraction of that cost at €30m.

However, there would be issues trying to offload Kepa with Chelsea likely to demand a high asking price for their underperforming keeper, while Kepa is likely to want a big salary.

The Athletic continue: ‘It is understood there has been regular contact in recent months between Chelsea and Onana’s representatives, with the player understood to be attracted by the idea of joining manager Frank Lampard’s squad as he seeks to build a side packed with youth and equipped to challenge for trophies in the coming years.’

The report also names Dean Henderson, who is on loan at Sheffield United from Manchester United, as another goalkeeper that Frank Lampard admires.