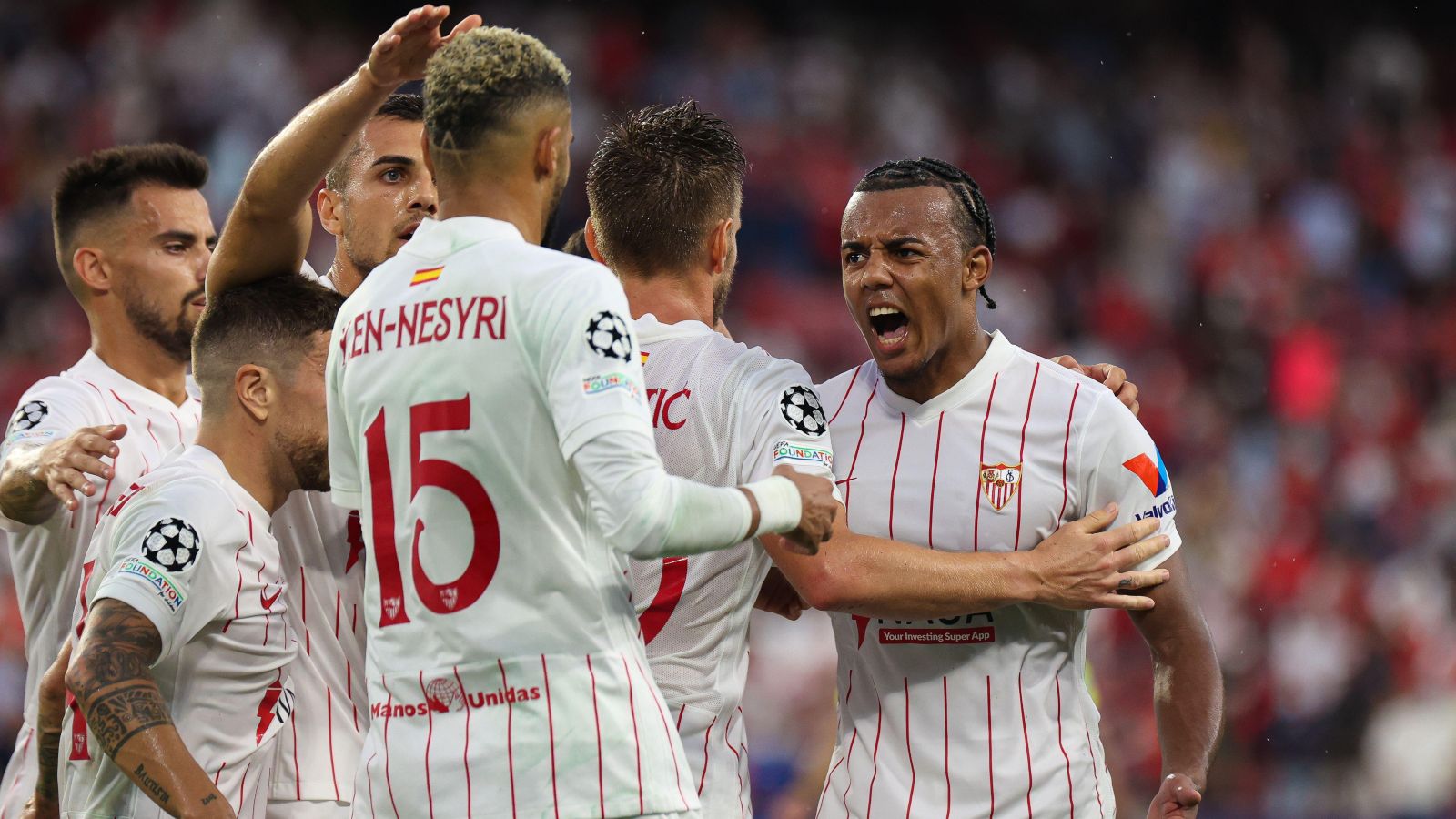 Chelsea have stopped negotiations over two sales to Barcelona after accusations of interference in their recruitment, according to reports.

The Catalan giants have already signed reported Blues targets Raphinha and Robert Lewandowski this summer, while Andreas Christensen joined them on a free transfer in the summer from Stamford Bridge.

And now it appears that Barcelona will get one over on Chelsea again soon with reports claiming they are now ahead of the Premier League side in the race for Sevilla defender Jules Kounde.

Transfer expert Fabrizio Romano claims that Barcelona ‘are now getting closer’ to the signing of Kounde after personal terms were ‘fully agreed’ with the La Liga side just ‘working on [a] final bid’.

Chelsea, meanwhile, are ‘tired of waiting’ and could move on to other defensive targets soon if they don’t get the ‘green light’ to sign Kounde.

Barcelona are now getting closer to Jules Koundé. Positive contacts also in the morning, personal terms are fully agreed with Koundé – working on final bid. 🚨🔵🔴 #FCB

Chelsea are tired of waiting for the green light – ready to explore other options if it doesn’t arrive soon. pic.twitter.com/61eaBF8Cb7

And now Spanish newspaper Sport claim that Chelsea will ‘block the negotiation for the transfer of Marcos Alonso’ and will not ‘continue talking’ to Barcelona about Cesar Azpilicueta either.

The publication call it ‘a reaction to the Barca club’s offensive to take over the hiring’ of Kounde with Chelsea ‘crossing each other repeatedly’ in the summer transfer market.

It is understood that the ‘tension has increased’ between the two clubs as Chelsea ‘struggle to seize the services’ of Kounde and now the France international ‘wants to join’ Barcelona.

Kounde is understood to be ‘doing everything possible’ to make himself a new Barcelona player with Xavi desperate to see the Sevilla centre-back join.

But Chelsea’s reaction to the news has been ‘angry’ as the Premier League club views Barcelona as ‘interfering with its reinforcement planning’.

And now Chelsea are set to cause the Catalan giants their own ‘problem’ by closing the door on deals for Alonso and Azpilicueta.