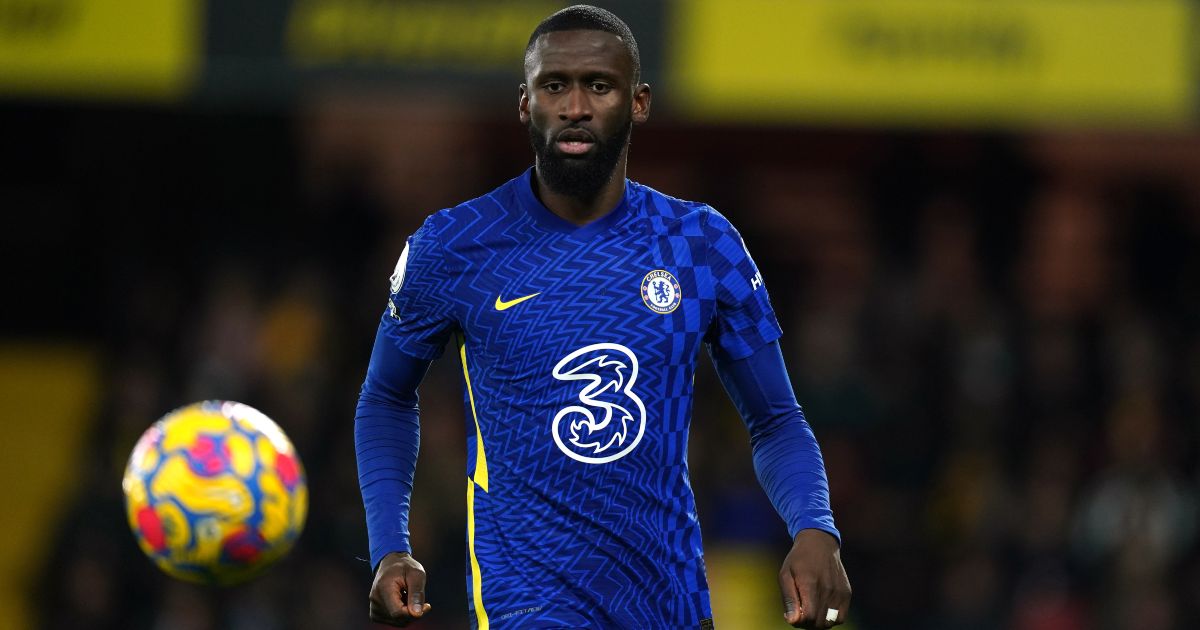 Chelsea defender Antonio Rudiger is edging closer to a summer move to Real Madrid on a free transfer, according to reports.

The Germany international is out of contract in the summer and is officially allowed to sign a pre-contract agreement with any potential foreign suitors in January.

So far Chelsea have failed in their attempts to persuade him to renew his contract with the Blues’ wage off thought to be some way off what Rudiger wants.

And now The Guardian claim that Real Madrid have ’emerged as the favourites to sign’ him after failing to ‘make progress with Chelsea over renewing his contract’.

It is understood that Rudiger ‘turned down Chelsea’s opening offer of £140,000 a week and is believed to want closer to £200,000 a week’ with the German believing he should be on a ‘similar level to the club’s top earners’.

The Guardian adds: ‘There has been no breakdown in Rüdiger’s relationship with Chelsea, with both parties understood to view the situation as amicable, but the club’s hierarchy remains reluctant to return with an improved offer. That has opened the door for Madrid, who are leading the race to sign the centre-back.’

According to The Sun, any deal he signs for a new club is ‘expected to match Juventus star Matthijs de Ligt – who earns £400k a week’.

When Chelsea boss Thomas Tuchel was asked if no player is bigger than Chelsea or if Rudiger’s situation remains crucial to the Blues’ immediate future, he replied: “Both. Both answers are correct.

“It is super important and as I understood myself and everybody else, we absolutely accept the importance, we’re fully aware of the importance of Toni and the role that he’s playing on and off the pitch.

“It is also not about me and it is not only about Toni. And I mean that in the best way, because we know what he’s doing and we’re fully aware of it.

“So both answers are right and in the end we need a bit of patience. I have no update right now.”