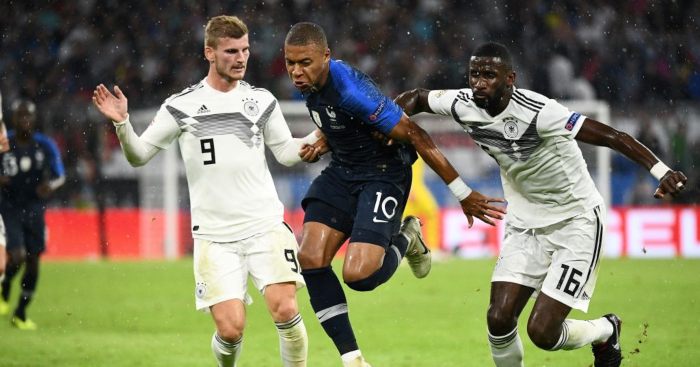 Chelsea defender Antonio Rudiger has been in touch with RB Leipzig striker Timo Werner in an attempt to get him to reject Liverpool and sign for the Blues, according to reports.

Werner was regarded as Liverpool’s primary transfer target heading into this summer before the global pandemic curtailed football in Europe’s major leagues.

The Germany international has been in good form since the Bundesliga restarted two weeks ago, he scored a hat-trick in Leipzig’s 5-0 win over Mainz, while he will be hoping to star again when they face Cologne on Monday.

FEATURE: One loanee who should feature for each PL club next season

Liverpool were still said to be playing ‘transfer poker’ over Werner as late as this week and Klopp seems reluctant to give up on the deal.

With The Guardian claiming he discussed the prospect of signing the striker with Liverpool’s board this week, stressing that he would be a ‘perfect’ addition to his squad.

And now Sport Bild journalist Christian Falk has claimed that former Stuttgart team-mate Rudiger, who plays with Werner in the Germany national team, is trying ‘to convince’ Werner to join Chelsea instead of Liverpool.

Reports in mid-March claimed that Chelsea had given up on signing Werner after learning of Liverpool’s interest, instead turning their attentions to Moussa Dembele.