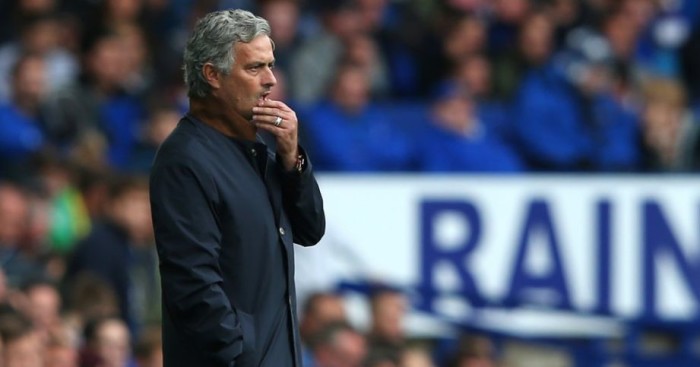 It can no longer be argued that Chelsea are not embroiled in a crisis. How can the Premier League champions have declined so drastically within the space of a single summer?

“I always believe if you are not better than you were the season before, normally you don’t retain the title, so if we want to win the title next year, and obviously we want to do that, we have to be better.”

Speaking as Chelsea’s title celebrations truly began with victory over Sunderland on the last game of last season, Jose Mourinho’s comments seem more pertinent as each game passes the champions by. The Blues are by no means “better” so, by Mourinho’s own admission, have they already thrown in the towel at Stamford Bridge?

Defeat to Everton represents Chelsea’s third reverse in their opening five league games, matching their total league defeats in all of last season. It is their worst ever start to a Premier League campaign, and the joint-lowest points haul made by a reigning champion after their opening five games. Crisis? You bet.

Of course, it was a 1-0 loss to the Toffees back in 2011 which saw then manager Carlo Ancelotti dismissed within hours. The Italian’s crime was ending his second season without a trophy after winning the Premier League and FA Cup in his first. Mourinho heads into his third season in immediate danger of a similar fate.

You wouldn’t think it, listening to the Portuguese himself. “The club doesn’t want me to leave. I’m not going to walk away. The club is not going to sack me,” was his pre-match self-aggrandisement. “I repeat: I stay until Mr Abramovich wants.” ‘The club won’t sack me’ and ‘I stay until Mr Abramovich wants’ are two very different things, Jose. Just ask the manager who parted with Chelsea by ‘mutual consent’ back in 2007.

Chelsea were fifth in the Premier League table with 11 points after six games when Mourinho left amid claims of a rift with Abramovich back then. Chelsea currently lie 15th in the table with four points from five games. Just how much faith does Mourinho have that lightning won’t strike twice?

“I have to be better, these players have to be better and maybe our squad needs some fresh blood to put the current squad under a bit of pressure,” Mourinho said after Chelsea’s cruise to the title last season. Where ‘fresh blood’ represents well over £100million worth of talent in Kevin De Bruyne, Raheem Sterling and Nicolas Otamendi for runners-up Manchester City, Papy Djilobdji and Radamel Falcao arrived for Chelsea this summer. Pedro is the brightest light, but all of Chelsea’s front four are struggling.

The likes of Branislav Ivanovic and Cesc Fabregas – the former a reliable servant since 2008 and the latter an integral member of Mourinho’s title-winning side – have deteriorated drastically, but who can replace them? The Spaniard was anonymous in a more advanced role on Saturday lunchtime, with John Obi Mikel hardly inspiring confidence in his place alongside Nemanja Matic. Everton’s opening goal came down Ivanovic’s side, while Steven Naismith’s second came under little to no pressure from the Serbian. His race looks run.

Just look at that Chelsea bench: Jamal Blackman, Gary Cahill, Ruben Loftus-Cheek, Kenedy, Willian, Radamel Falcao and Loic Remy. 195 Premier League appearances in the Chelsea blue between them, of which Gary Cahill comprises 102. One doubts Everton will have surveyed their options of Naismith, Kevin Mirallas, Aaron Lennon and Leon Osman and felt any envy. That’s ridiculous, when you consider the respective budgets.

Judging Chelsea in isolation, they haven’t gone backwards but stagnated. Judging Chelsea against each of their direct rivals however shows a side who have declined dramatically. Not just Manchester City, but Arsenal, Manchester United, even Liverpool have acted to address their main weaknesses this summer. Each remain with their deficiencies, but each have identified and remedied their main defects. Chelsea simply did not. The lack of depth was the issue, and it has never looked more of a problem.

“A few weeks ago [I had] a contract that expired in two years’ time. And he gave me a contract that expires in four years’ time,” said Mourinho of Abramovich earlier this week. That’s true of course, but Mourinho knows more than anyone that a big pay-off won’t bar Chelsea’s owner from making drastic changes. It certainly hasn’t in the past. We’re a long way from that stage yet, but Chelsea’s attempt at retaining the title looks an even more distant possibility.