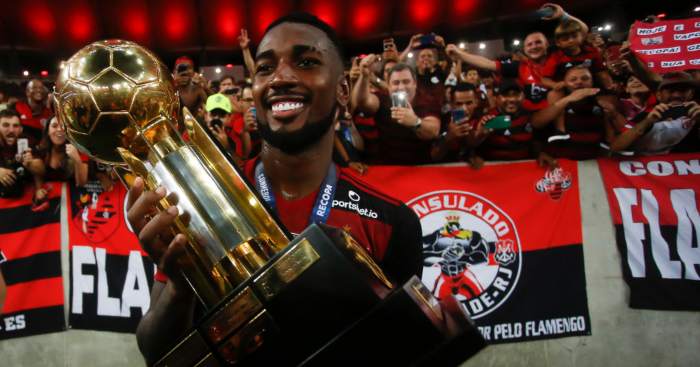 Tottenham, Arsenal and Borussia Dortmund are interested in the Brazilian, with Goal in Brazil claiming that Tottenham have made their interest in Gerson more concrete with a £16million bid.

However, Fox Sports now claim that Chelsea want to sign the 23-year-old and add him to Frank Lampard’s squad, which has already seen the arrival of Ajax winger Hakim Ziyech for £33million.

The Blues have also agreed a £54million deal with RB Leipzig for striker Timo Werner and now they want a midfielder and Gerson fits the bill.

Flamengo apparently want £30million for their man, who they signed from Roma last July for £10.5million.

The player’s father has revealed that Arsenal and Spurs as well as Borussia Dortmund, have shown initial interest in Gerson.

He said: “Nobody knew about Arsenal, but now that I’m telling you, everyone will know.

“Everyone you hear there is true. But they only probed.”

Gerson turned down Borussia Dortmund and Barcelona before joining Serie A side Roma, where he endured a nightmare before being loaned to Fiorentina.

“We had everything settled and signed [to join Barcelona],” the player’s father and agent Marcos Santos told Yahoo last month.

“All the houses we tried to rent, I had to talk to this businessman, whose name I don’t even want to stay. We only solved this when Gerson talked to Totti. We moved to Totti’s apartment.

“There was a time when he was put on the wing, without ever having trained there, to mark Higuain. But, anyway… thank God we managed to get out.”