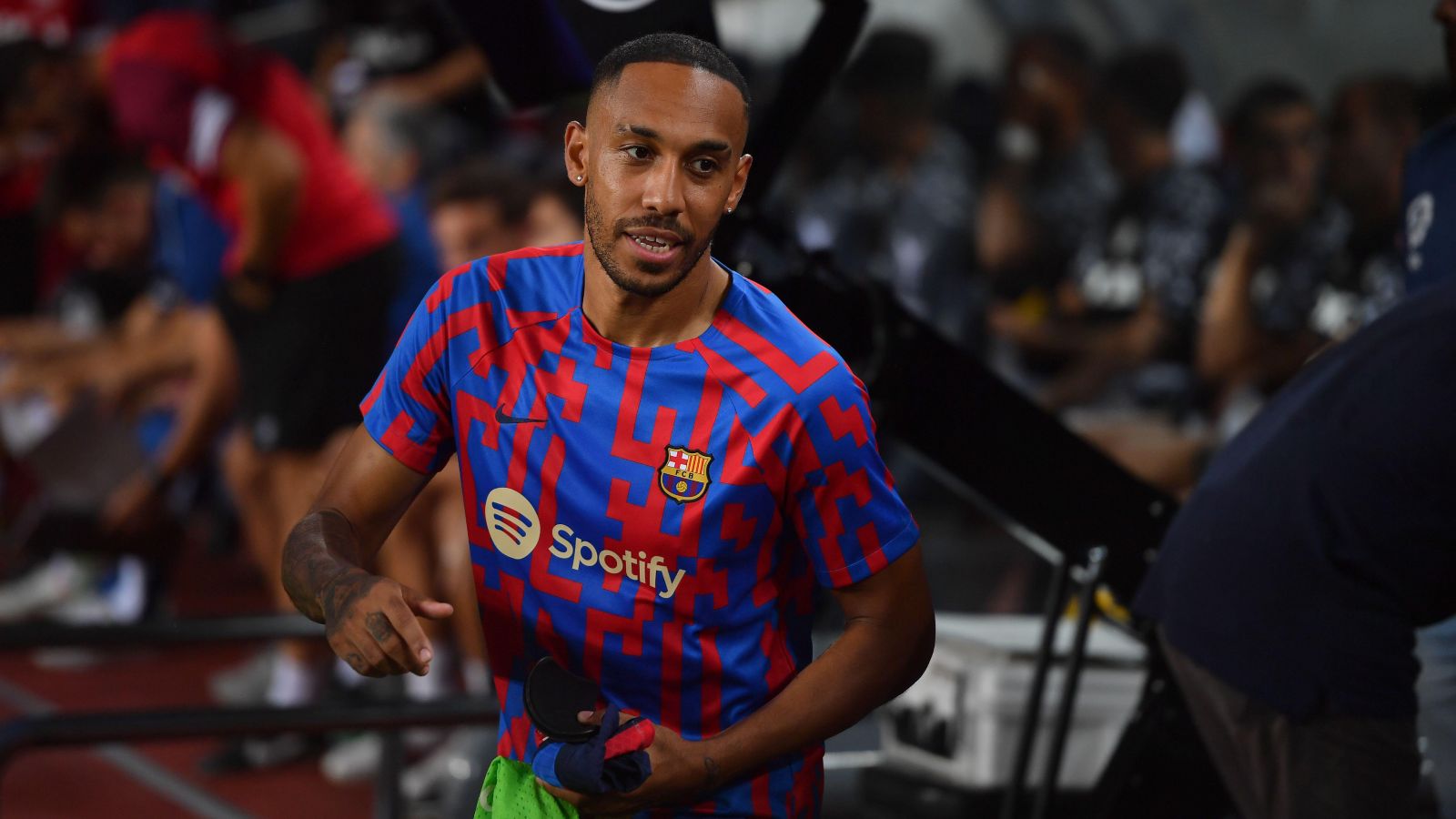 Chelsea are confident of sealing a move for Barcelona striker Pierre-Emerick Aubameyang, according to reports.

The Blues are on the lookout for a new striker before the window slams shut on September 1 after selling Timo Werner to RB Leipzig and allowing Romelu Lukaku to leave on loan to Inter Milan.

Chelsea have been busy this summer with Raheem Sterling, Marc Cucurella, Kalidou Koulibaly, Carney Chukwuemeka and Gabriel Slonina all moving to Stamford Bridge.

They still look light in a couple of areas with the recruitment team now putting all their effort into landing a new striker as soon as possible.

Aubameyang, who left Arsenal for Barcelona on a free transfer at the beginning of this year, has emerged as their top target in that position.

Spanish publication Cadena COPE claims that the sale of Aubameyang to Chelsea is ‘heating up’ with the Blues and Barcelona ‘already negotiating’ for the Gabon international.

Despite the controversy surrounding his Arsenal exit, Aubameyang’s goalscoring figures have always looked good with the 33-year-old bagging 92 goals in 163 appearances for the Gunners.

He made a good impression at Barca last season too with 13 goals in 23 matches but the report describes Aubameyang as on the ‘exit ramp’ at the Camp Nou as the Catalan giants look to sell some of their squad before registering any more signings.

And the Daily Telegraph back up those reports by saying Chelsea are looking to bring in Aubameyang as a ‘stop-gap solution before looking at long-term targets next summer’.

They have already identified RB Leipzig forward Christopher Nkunku as their top target for next summer in that position with AC Milan’s Rafael Leao and Stuttgart’s Sasa Kalajdzic also on their list.

One player who is likely to leave Chelsea this summer is Christian Pulisic with the Blues reportedly receiving loan proposals from both Manchester United and Newcastle United.

But former Premier League manager Alex McLeish reckons Pulisic should choose Newcastle over Man Utd if it comes down to a straight choice between the clubs.

“He’s not so much a centre-forward, more of a number 10 or he comes in from the wide areas. These are the types of players Newcastle will be looking at,” McLeish told Football Insider.

“Pulisic has not made the impact you thought he might when [Jurgen] Klopp had him at Dortmund. Klopp really thought he had everything.

“He hasn’t made the massive impact with Chelsea, even though when he does come on you think ‘wow. this guy catches the eye’.